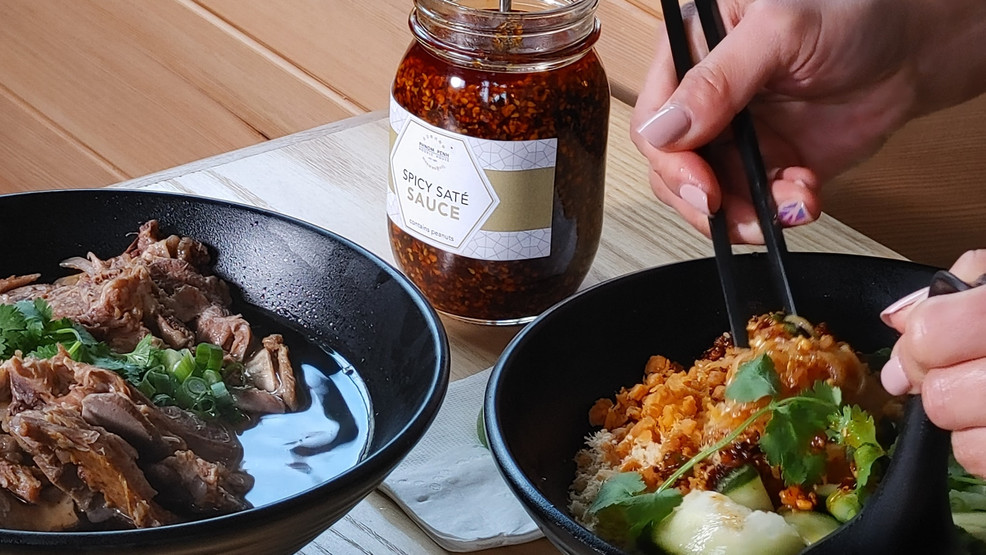 The Phnom(enal) power of community - and Cambodian noodles

For aficionados of Cambodian cuisine in Seattle, mention Phnom Penh Noodle House, and most nod and talk about how they went years ago, loved it, and should really go again. If they tried, they would find it in a new location — and be happy they missed the years when the restaurant ceased operations.

Long a hub for the Cambodian community in the Seattle area, and for years the only Cambodian restaurant in town, Phnom Penh was opened by Sam Ung in 1987 and run with help from his then-wife Kim and three daughters, Dawn, Diane and Darlene — Dawn said she got paid a whopping $2 a day.

The restaurant began life on Maynard and moved to the place most people remember on King Street in 1997. Meanwhile, the three sisters went off to college and, at their father's urging, pursued other interests. Darlene went into nursing, Dawn moved to Alabama where her then-husband was stationed, and Diane studied business.

When Ung retired eight years ago, the daughters, all looking for a change, took over the restaurant from him. However, a tragic car accident left Dawn's son with a traumatic brain injury, and in 2018, they decided to close.

"We didn't know how loved we were until we decided to close," said Diane, who, along with Dawn, work behind the scenes and have other jobs to sustain them — Diane in marketing at Starbucks and Dawn at the International Community Health Center. "You don't realize the impact you have on others until you get to that point. So many people had a tradition of coming here every week."

"They were our extended family," Dawn said, recalling days when she would hold the babies and occupy toddlers so the parents could enjoy a meal.

Coming back again was a given, but when and where was an unknown, Diane said. They looked for space in Renton, where rents were cheaper - but didn't find anything they liked. Eventually, their broker — a long-time customer herself — found a new build on 9th and Jackson that was airy and had a landlord who was thrilled to have a restaurant tenant with a track record of success.

The community supplied a lot of financial assistance — crowdfunding, fundraising dinners, as well as grants from the city and Chinese International District Preservation and Development Authority. They held their soft opening on March 14, 2020. A week later, the coronavirus pandemic began, and after a short stint of take-out, they had to close for a time. The restaurant reopened in July at 25% capacity, only to be reduced again to take out only when the fall and winter surges hit.

The restaurant has, like so many others in the city, limped along financially, but is poised to come back strong after receiving grants from the Seattle Sounders, the city's restaurant revitalization fund, and the preservation authority and assistance from the federal PPP program.

They relaunched in May and have been busy since.

"One woman told us she drove two hours to get here, two weeks in a row," Dawn said.

The sisters are hopeful about this year and beyond. The old space was one they inherited from their dad — loved, but not theirs. This iteration is all theirs.

"We made it a place we would want to hang out in," said Diane.

Want to support more small businesses like Phnom Penh Noodle House? We're proud to collaborate with Intentionalist, an online guide that makes it easier for you to find/connect with diverse local businesses owned by women, people of color, veterans, members of the LGBTQ community, and people with disabilities.