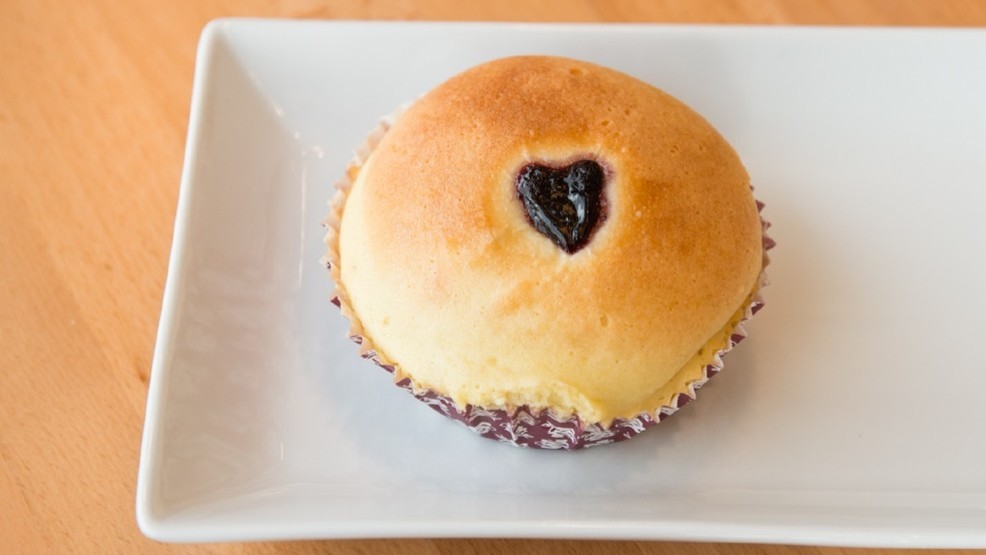 85°C Bakery Cafe. Described as the "Starbucks of Taiwan," the chain is finally making its stamp on the Emerald City. With locations in Tukwila, Lynnwood and Federal Way, Seatteites are ready for the cafe to make its mark in our city. Eater says to expect long line for specialties like iced sea salt coffee and their "calamari stick," which is a squid ink based bread roll with Swiss cheese and a garlic spread. 85°C Bakery Cafe will open in the International District in late fall (Image: Seattle Refined).
SEE MORE

The Habit Burger Grill. This burger joint just opened their seventh location (first in Seattle) in Ballard! Habit has been around since 1969 and it's all burgers and fries for days.

Patagon. This restaurant will be in the soon-to-open Charter Hotel on 2nd Avenue and is serving up authentic and traditional Argentinian dishes. Menu highlights include Gaucho Sweet Breads, Chivito Asado and Chorizo Biscuit. The restaurant is open for breakfast, lunch and dinner.

Fog Room. Just above the Patagon restaurant is the hotels rooftop bar called Fog Room. Fog Room is described as having "stunning indoor-outdoor rooftop bar and lounge" and is located on the 16th floor of the soon-to-open Charter Hotel.

Queen City. The iconic Seattle restaurant, Queen City Grill, has been sold to seasoned restaurateur Linda Derschang of Derschang Group (Smith, Linda's Tavern, Oddfellows, Little Oddfellows and King's Hardware) who is giving new life to the iconic Belltown institution. The team is keep the original name, but will open as a stylish neighborhood bar with a "playful, sophisticated beverage program, a concise food menu of tavern favorites, and a revamped design that still preserves elements of the building's historical decor." Sounds like a win-win to me.

Shake Shack. Slated to open in late September, Shake Shack is making it's first mark on Seattle's restaurant scene. The East Coast staple is setting up shop in the Denny Triangle and will have burgers, chicken sandwiches, milkshakes and more!

Willmott's Ghost. Renee Erickson of Bateau, the Walrus and the Carpenter and more are opening this Italian restaurant. Eater reports that Willmott's Ghost is inspired by Erickson's college stint in Rome, Italy where her love affair with food began. The Italian joint will be opening their doors in October with a menu featuring bits like pizza bianca, salads, small fried bites and salumi.

Jack's BBQ. You know it, you love it. Jack's BBQ is opening another location in the Columbia Tower downtown, projected to open in November. Originally in SoDo, the Central Texas-Style bbq joint is a wildly popular restaurant that joined the Safeco Field menu and has plans to open another location in South Lake Union, reports Eater.

85C Bakery Cafe. Described as the "Starbucks of Taiwan," the chain is finally making its stamp on the Emerald City. With locations in Tukwila, Lynnwood and Federal Way, Seattleites are ready for the cafe to make its mark in our city. Eater says to expect long line for specialties like iced sea salt coffee and their "calamari stick," which is a squid ink based bread roll with Swiss cheese and a garlic spread. 85C Bakery Cafe will open in the International District in late fall.

GH Pasta Co. Another one for the Denny Triangle, Chef Brain Clevenger of Vendemmia, Le Messe and more is opening his fast-casual restaurant in Amazonia. It's small but mighty, with only 19 seats and will have menu items like pastas and local produce like rigatoni, pork shank and red cabbage reports Eater.

Skal Beer Hall. Opening in the old Ballard Liquor Co., comes Skal, a Nordic beer hall that is bound to open any day now. Food menu will feature roasted or rotisserie game meats like goose, elk and rabbit. There will also be fish pickled on-site with aquavit cocktails, reports Eater.

Deep Dive. Another Amazon sphere restaurant brought to you by Chef Erickson! Deep Dive bar is now open to the public and features a speakeasy vibe that was designed by Graham Baba Architects and Curtis Steiner reports Eater. The menu features various bites, cocktail and dessert options.

Revel. The Korean favorite, Revel, is making a comeback to its OG neighborhood. Last winter, Revel shut its doors in Fremont and moved to South Lake Union, but had plans to come back to its original home in Fremont reports Eater. The menu includes dumplings, pancakes and noodles.

Good Day Donuts. This White Center doughnut shop opened their doors late last month. Erik Jackson, the former chef at Vendemmia, bought the shop which has been a doughnut shop for 20 years and intends to keep it that way! Think - glazed doughnuts, apple fritters, cinnamon twists and MORE!

Anju Bar and Eatery. Another White Center spot has opened their doors according to Eater. The menu focuses on Korean cuisine and alcohol and includes kimchi poutine, deep-fried kimchi mac and cheese balls, Korean friend chicken and more.

Zylberschtein’s. Anotha one! Thank the heavens we are getting another Jewish deli. Zylberschtein's has plans to open in a North Seattle but is currently working on its Kickstarter campaign reports Eater.

Wild Ginger. The popular restaurant is opening up their third location in South Lake Union reports Eater. The new spot will be focused on a large satay bar and will add some southern Indian flavors to their menu that already includes flavors from East and Southeast Asia.