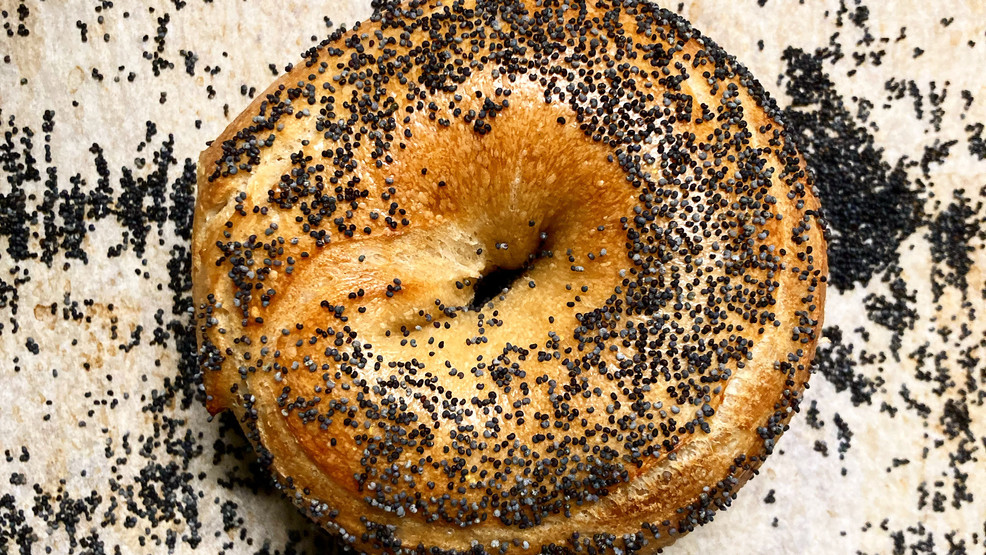 There are certain qualities that take a humble bagel from good to great.

"We are a bagel bakery. We bake bagels and make cream cheese and deliver them to people's doors all over Seattle," explained Hartzog.

A professional baker for many years, Hartzog worked at several notable bakeries around Seattle, but he had never made a bagel. Then, during a trip to visit friends in New York, inspiration struck.

"I just thought, 'these are so well made. This is such a treat and it's really not something that is readily available in Seattle,' he said. "So, it seemed like okay, maybe I'll try my hand, try to do justice to the bagel, my rendition of it. And it just kind of grew from there."

If Mt. Bagel's rapid following is any indication, Hartzog and his small team are certainly doing the bagel justice. It's a delivery-only operation, with pre-orders going live for the following week on their website Mondays at noon. More often then not Mt. Bagel sells out in a matter of minutes.

"You've got to be fast. I recommend pre-entering anything you can pre-enter," Hartzog told me. "Then we make routes for each day of the week and send the bagels out on a huge trip around the city."

Those daily delivery routes always begin at Mt. Bagel's bakery in Ballard. It's a tiny space, less than 200 square feet, where Hartzog begins baking most days at 3 a.m.

"It's a really pleasant job from a sensory perspective. It smells good. It tastes good. The dough feels good. There's just a lot of pleasantness in my day," explained Hartzog. "I think you have to feel that way if you're working the hours and doing the work itself because it's laborious."

Making these bagels is a three-day process centered around the fermentation of the dough. It's a recipe he developed through a ton of research and dialed in by tweaking and testing for over a year until the product was just right.

"They're going to get a nice crispy, bubbly fermented crust," described Hartzog of his bagels. "The interior should be nice and chewy and tender. A little bit of sweetness from the malt syrup. Not too tough to get through, but you know you're chewing something."

So, what makes a bagel great? Of course it's the taste, the texture, the quality but maybe more importantly, it's how you feel when you're eating it.

"I think people expect a certain amount of quality when they do score an order online. We take that seriously. It's our number one priority to make sure that when you get your bag of bagels they're just going to be really great. Make your day better."