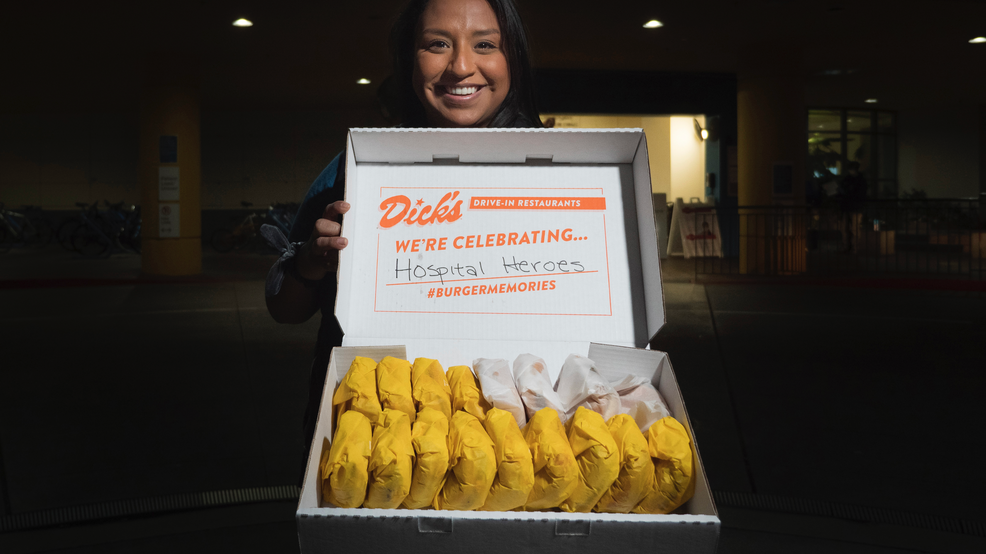 Saying medical staff and first responders are working overtime right now would be an understatement. These people are on the frontlines of the coronavirus pandemic, and Dick's wanted to show them how much they are appreciated the best way they know how — with burgers!

The iconic family-owned burger chain announced their Burger Boxes for Hospital Heroes program last week - originally stating that for every box of burgers purchased for local hospital, they'd match (up to 500 boxes).

Because of how much burger love Seattle was spreading, Dick's quickly announced they'd extend the match program to 1,000 boxes AND include first responders at local fire stations as recipients.

Yup, you guessed it - it only took one more day to reach that goal.

As of this posting, over 1,000 burger boxes have been purchased for local hospitals and fire stations. Add in the match, and that 2,000+ total boxes.

They're officially sold out — for now — because that's how we do it in Seattle, folks!

Dick's joined up with their long-time suppliers, Macdonald Meats and Franz Bakeries, to make sending 2,000 boxes of burgers to hospitals and fire stations around their seven locations possible.