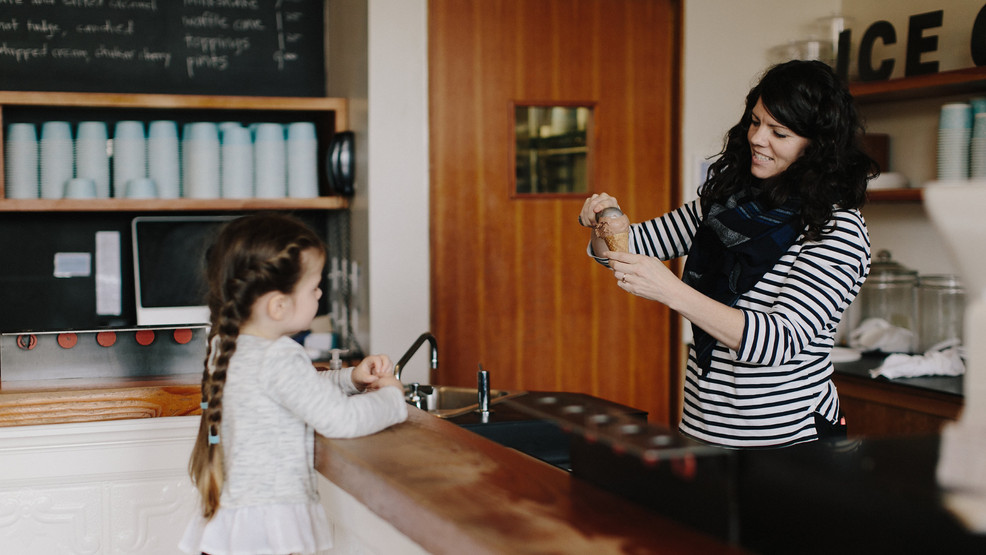 Like so many others, Molly Moon and her namesake ice cream chain struggled last year.

Originally, Moon had plans to expand her nine-shop chain further and to meet some long-held financial goals for the company — one known for taking great care of its employees. Her ethos means that no one starts at less than $18 per hour, and employees and their dependent children get free health insurance coverage. There is a true emphasis on work-life balance, and she has even helped finance the recording of an album by one employee. All this in addition to as much ice cream as employees can eat.

But the shutdown that hit the world last March led her to lay off about 80 of the 92 employees she had at the time, and all the stores were temporarily shuttered.

"My main concern was figuring out how to make sure everyone stayed housed and healthy and didn't get sick," said Moon, 42.

It cost $59,000 a month to keep insurance going for the staff while they were shut down. Moon stopped paying taxes, utilities and rent — and herself. What saved the company was getting their pints into PCC Community Markets, Met Market and a few smaller stores and chains. In September, pints appeared in QFC stores as well. She started a pint club that ended up covering more than two months of the insurance costs.

"Then we were able to reopen in June," she said with obvious relief. There were no tastings of the flavors, no cash accepted. But that, the pint club, and the pints in stores gave them room to at least breathe.

"Grocery presence has grown to a point, but it was never going to save the company," said Moon. "The entirety of our grocery program equals what one shop makes."

She applied for and got loans through the government rescue programs and spent what amounted to more than a million dollars on labor, reopening shops with appropriate PPE and paying back rent.

Having the shops opened again helped, but it was nothing like a normal year. This year, she hopes the summer season will prove to be above expectations. The recent heatwave may have hurt — she had to close all the shops for the hottest day.

This is the 13th year of the chain, and Moon has learned lessons from the pandemic year that will be part of her business going forward, which will help her to make a strong recovery.

"When we were busy before, we would just throw more bodies on the shift," she said. "We would have seven or eight on the floor, and that can be expensive. Now we know that with four, we can maintain safe distance and still crank through a line."

While there are fewer total employees, more have more hours of work, which increases satisfaction in a staff that is already pretty thrilled to work at the company.

Personally, the pandemic also bit. Her daughters were 7 and 2 when the shutdown began; her husband owned a coffee shop. He sold up and took over watching the children, along with help from her in-laws. Moon herself took no pay for the first several months.

"We definitely took a hit," she said, "but we will be all right."

Before the pandemic, Moon said she was focused on a single statistic: fewer than 2% of businesses that cross the $10 million revenue mark are woman-owned and run.

"I was at $7.9 million before the pandemic," she said. "This year, I'll make about half of that. So the goal is to get back to that and beyond."

There is a new store in Bellevue that she expects will do very well. And perhaps in the not so distant future, other stores.

"I believe every neighborhood deserves a Molly Moon," she said. "They are multigenerational, community gathering places. They are job creators. I want every little downtown neighborhood to have that."

And that will be enough. Going national isn't of interest — "I find this fun and fulfilling to create this special work culture and a community that I can direct."