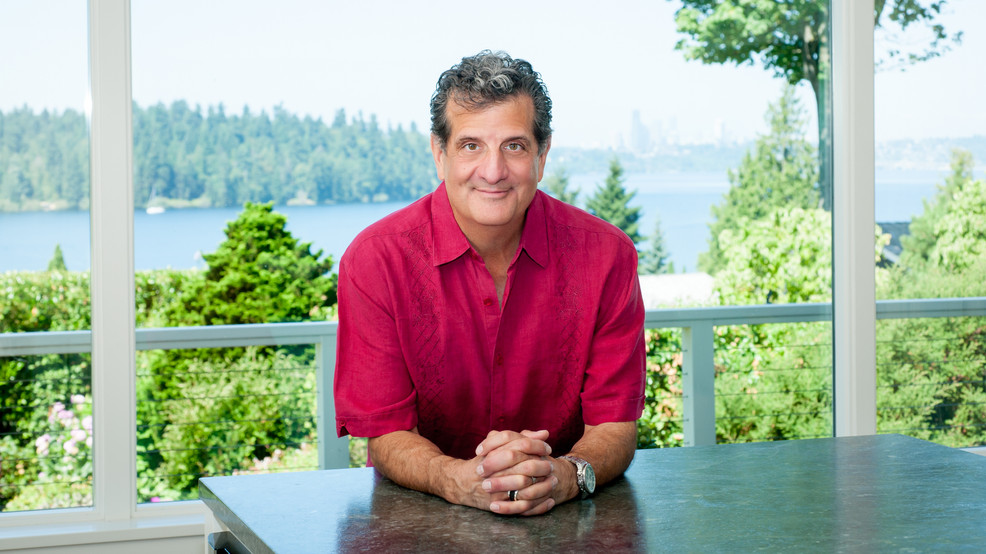 Mercer Island man creates official drink of the US Open

Advantage, PNW! We were as surprised as you might be to learn that a Mercer Island resident invented the official drink of the US Open, which takes place this year from August 29 through September 11. Being the creator of the Honey Deuce is merely one item on Nick Mautone's vast, impressive CV.

"I have had a very long and diverse career," Mautone says, "starting as a front-line employee 40 years ago — cook, server, bartender, host — to manager and sommelier, to owner-operator to industry consultant. Overall, I would call myself the leader of managers."

He's also an author of four cocktail books (and currently working on a fifth), a mixologist and the former restaurateur who has managed some of the country's most iconic restaurants, including Gramercy Tavern, where he worked alongside Tom Colicchio. He's the founder of a food and beverage consulting firm, Mautone Enterprises, and he most recently helped reinvigorate the historic Rainbow Room atop 30 Rockefeller Plaza.

"No matter what role I am playing," he says, "my passion is helping the people working with me to be the best they can be, to achieve excellence at the highest levels and provide our guests with the most extraordinary hospitality possible." Along those lines, he's the brains behind a process he calls “Hospitality Sabermetrics."

"Think Moneyball for business. (Yes, the Brad Pitt movie.)" Mautone explains. "Sabermetrics started with baseball, where statisticians and data analysts took an in-depth dive into each individual player’s stats and mined the information with a new and different mindset."

He first adapted and perfected that mindset during his time as a partner at Gramercy Tavern.

"At one point in 1996, I added a person to specifically make coffee for the servers and run that coffee to the tables. At first, my partners and our employees thought I was nuts. Why add to the payroll, when you can cut costs and run leaner?"

Yet by adding this person, the servers were less stressed and had more time at the table, meaning they not only sold more coffee but also additional bottles of wine and cocktails.

"In short, our sales and profitability went up dramatically, far outweighing the cost of the additional employee," Mautone says.

So how did Mautone transition into this role of drink creator for the US Open? In 2005, he published his first book called "Raising the Bar, Better Drinks, Better Entertaining."

"The marketing team for Grey Goose Vodka loved the book and asked me to be their first brand ambassador and on-premise consultant," he explains. "During my tenure, Grey Goose became a sponsor of the US Open, and the rest is history!"

Mautone says the process for developing the Honey Deuce was quite fun.

"We were preparing to pitch the Open in late spring/early summer, so I had a plethora of beautiful summer fruits and herbs to work with," he comments. "After our initial meeting on the sponsorship, I stopped at one of my favorite farmers markets. I picked up a fresh rosemary plant and several different melons and plums to make a signature fruit salad for dessert for guests who were coming over later."

He then cut the plums into nuggets and made melon balls from the honeydew melon, tossed them together with some local blackberries and finished the salad with a homemade rosemary-citrus syrup. (He serves that salad with biscotti for dessert.)

"While making the salad I was drinking – you guessed it — a Grey Goose martini," Mautone shares. "After tasting the melon balls with the rosemary-citrus syrup and sipping my martini, a light bulb went off, and the first iterations of the Honey Deuce were born."

"Initially, I used the rosemary syrup as part of the basis for the drink," he adds. "Frankly, the drink is wonderful with it, but too complex, and in the end, the venue needed something slightly simpler to be able to serve the thousands and thousands of portions served each week."

The most fun part of the process, as always, involved inviting a few people over to do recipe testing with him and his wife.

"My taste testers have a tendency to drink every cocktail presented and get very silly halfway through!" Mautone says. The most surprising part? The sheer joy on the faces of the Grey Goose brand team when they first saw the honeydew melon balls that resembled tennis balls.

Mautone happens to be a fan of tennis and watches the Open and Wimbledon whenever they're on. Unfortunately, several knee surgeries have kept him from personally playing, though he has now picked up pickleball.

And while he won't be attending the US Open this year, he's been numerous times in the past.

"It is truly one of the best sporting experiences anywhere," he says. "There is great tennis being played on every court, not just center court, and the food service is wonderful."

Mautone, who moved to Mercer Island in January of 2019, chose the location specifically because of its placement on Lake Washington — giving them the ability to drop kayaks and paddle boards in the water regularly.

"It reminds us very much of our home in Hampton Bays, NY, where we had lots of water access and great cycling."

Here's the recipe for a single serving of the Honey Deuce and one for a pitcher, too.