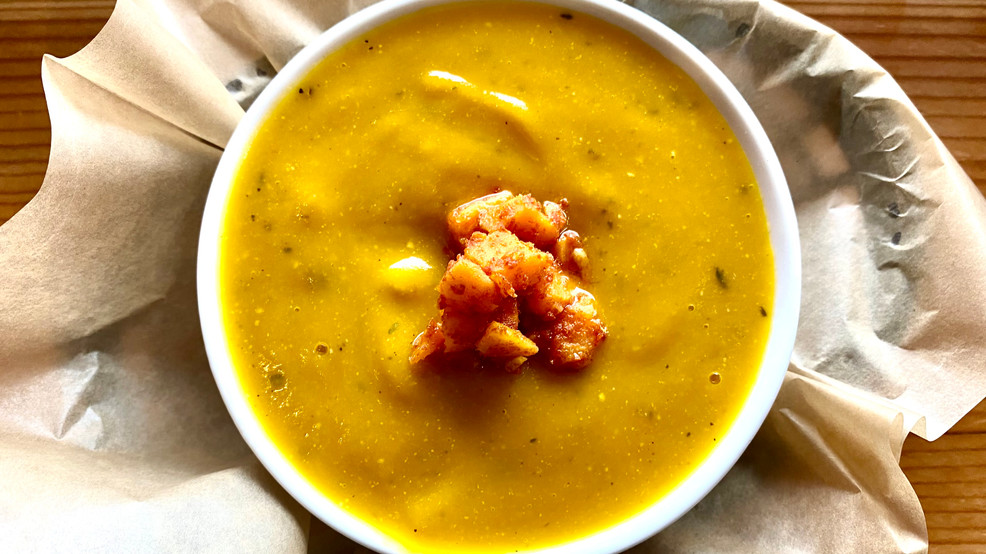 Maize & Barley: The Caribbean-inspired tap house in Edmonds you need to try out

Once in a while a restaurant comes along worthy of a Sunday drive and a long lazy day. Such an establishment can be found in the quaint town of Edmonds. Nestled among the boutiques and local cafes, Maize and Barley serves up craft beer, Caribbean-infused dishes and great local conversation. Venus Fortesa and Anthony Kieldsen are the husband and wife team who own and operate this popular spot in the heart of downtown, that features rotating craft beers, ciders and wine, alongside delicious soups and sandwiches with a focus on locally sourced organic ingredients.

A first generation daughter born from Colombian and Puerto Rican parents, Fortesa grew up throughout the East coast and came to Washington to study history. In 2004, she took her first job with FareStart as their catering manager and met Gordy Legg, a home brew enthusiast and mentor. Eventually she started learning about brewing from him, and became passionate about it.

“I left FareStart and moved to Seattle University, because my goal was still to further my education and become a professor of History and Women Studies,” said Fortesa. “During that time, I continued to volunteer as a guest chef and realized I could actually create the level of change I wanted through food. At the same time, I was getting really into beer and asking to guest brew at places with brewers. I brewed at Georgetown under Michael Hare, as well as Andrew Bay. I really wanted to learn as much as I could about it.”

In addition to brewing, Fortesa also became involved with the Pink Boots Society, whose mission is to assist, inspire and encourage women in the beer industry to advance their careers through education. While Fortesa curates the beer menu, her husband Anthony creates fresh Caribbean dishes in the kitchen.

“My husband and I knew that building an actual brewery was out of the question, but we were both passionate about beer,” she said. “Anthony was also passionate about food, and became inspired to attend culinary school after experiencing a meal in Abu Dhabi that moved him to enroll in the Art Institute. Upon graduation, he started working at University Prep private school where he was a chef for 20 years.”

The pair finally had what they needed to start looking for a location to start their restaurant business from the ground up. After getting married in Puerto Rico, Venus and Anthony started focusing on their vision for an establishment where they could serve sustainable food with sustainable practices.

“When we found this space, we decided to focus on the Caribbean practice of using what the land provides,” said Fortesa. “There is no bringing things out of season because you're on an island. It’s a very sustainable approach. We also recognized that some ideas may exist that those living on a Caribbean island are somehow not utilizing their resources very well, but in truth, they are. They are the experts of thinking on their feet, utilizing what they have to make incredible things.”

Fortesa describes Caribbean cuisine as a reflection of its local, seasonal products combined with the culture’s creativity, fortitude and ingenuity. The couple ensure every dish is created from scratch, from the homemade bread to the scratch pickles. By working closely with community farms and growers, Maize & Barley uses the freshest seasonal ingredients possible.

“We enjoy introducing people to food they otherwise may have not tried,” said Fortesa. “For example, right now we have this Jamaican spice pumpkin soup with spinach noodles. We got the recipe from one of the Jamaican teachers at the school and it’s incredible. It's comfort food with warm spice, and a rich umami sensation.”

If you take the lovely drive to Edmonds, be sure and check out Maize & Barley. The sandwiches are all divine, but if you like pickles, the Midnight Cuban is a must have as it boasts Anthony’s delicious homemade pickles. I was lucky to be there when the pumpkin soup was the star of the day - made with Jamaican spices, pureed pumpkin and handmade spun noodles. A customer favorite is also the Arepa con queso, a white toasted corn cake with Ferndale Creamery caciotta cheese baked inside. To top off the meal, the banana bread pudding was the perfect finish.

Maize & Barley supports the community that supports them. They keep it simple and fresh because it is about sustainability, taking care of the environment and taking care of each other. They’ve helped create a sense of community where folks want to once again know the people they’re investing in.

“I am this Latino woman that fell in love with beer and decided to do this,” said Fortesa. “I feel there's a huge sense of community here and people want to support small local businesses. It's wonderful to watch someone eat and see the joy that washes over them because they're happy. Our food is like the food abuelita, your grandmother would make, and we like that. We are creating a sustainable community, not just for the planet, but also for our guests.”

Maize & Barley is located at 525 Main St. in Edmonds. Their phone is (425) 835-0868. While some of the products, services, and/or accommodations in this post were provided without charge, all of the opinions within are those of the author and the Seattle Refined editorial board.

Looking to support more small businesses like Maize & Barley? Seattle Refined is proud to collaborate with Intentionalist, an online guide that makes it easier for you to find and connect with diverse local businesses owned by women, people of color, veterans, members of the LGBTQ community, and people with disabilities.