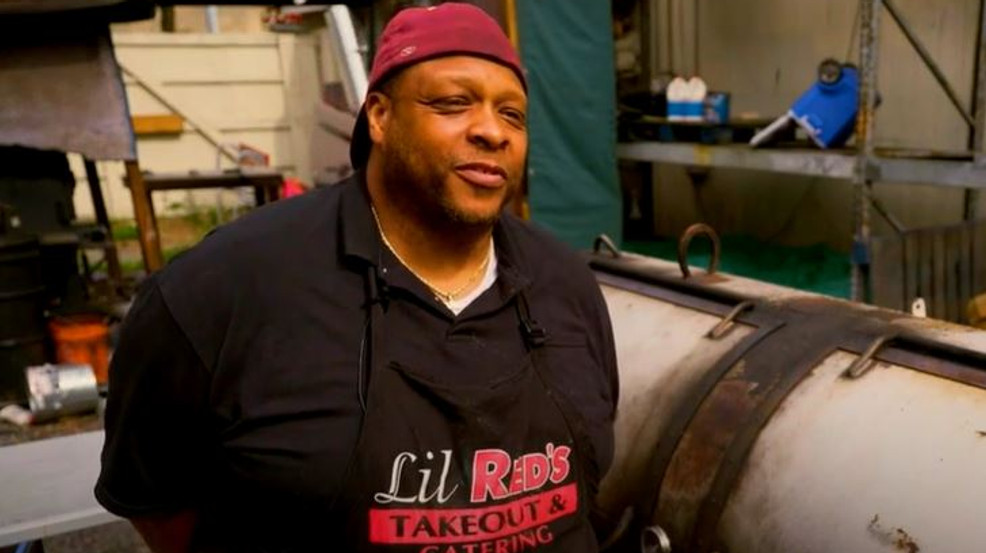 If you were driving down Rainier Avenue S. and not looking for Lil Red's, you might miss it. That's by design.

"When I opened the restaurant, I just wanted to be that little hole-in-the-wall all the locals knew about. This is the perfect location," said Erasto "Red" Jackson, owner of Lil Red's Takeout and Catering.

Once you try Jackson's food, it's a good bet you'll keep coming back.

"Really, you can go blindfolded. Just tell them to pick three items and go with it," one loyal customer said.

Another diner shared, "It's like a home feeling when you go in. You fill your stomach, you fill your soul and you leave satisfied."

While Lil Red's is locally loved, it's also nationally recognized.

In the recent book Black Smoke, barbecue expert Adrian Miller named Lil Red's one of the 20 best Black-owned barbecue spots in the country.

"I didn't go to culinary school. I learned (to cook) from my grandmother in her kitchen, where sometimes some of the best chefs come from, but I am not a professional chef. This is something I love to do."

Lil Red's serves soul food and Jamaican cuisine (courtesy of Jackson's wife), but it is, first and foremost, a BBQ joint. Jackson and his team get the smokers going around 4 a.m. and keep them going all day long.

"One of the things I always judge the quality of barbecue on is how it's served to you," said a customer, as he sat at a picnic table waiting for his order. "Whether it's taking a swim in barbecue sauce or whether they give it to me dry and let me request that sauce or provide that sauce on the side. That tells me you know what you're doing and they definitely do."

"To me, there's no such thing as perfection. The more you do it, the better you get," explained Jackson of his approach to barbecue. "You're always getting better at your craft as long as you continue to work at it, so that's what I'm doing. I've gotten to the point where people seem to like us."

The journey to get to this point took time. Jackson first fell in love with cooking as a kid in his grandmother's kitchen, then worked for years to make the dream of owning his own restaurant a reality.

"I started out selling food out of the back of my 1991 Volvo station wagon. I would drive around to different barber shops. I would go to Grease Monkey and Jiffy Lube on their lunch breaks and sell plates out of the back," explained Jackson. "Going from that to a brick-and-mortar, it's just believing in yourself and working hard to achieve a goal."

While all the accolades are nice, Jackson doesn't see them as a measure of success. Instead, it's folks telling him they like the food, the smiles he receives from customers and the impact he's having here at home.

"More than anything, it's for the young people to show that you just have to have a dream. Whatever your dream is, whatever your passion is, you work hard to achieve your goal and become successful at whatever it is you do."