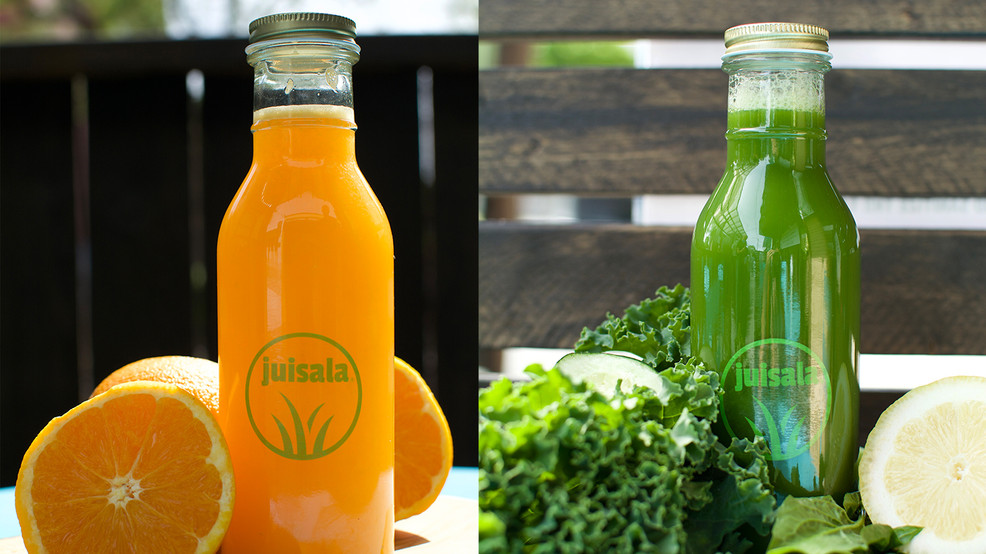 Amidst a city of coffee shops and breweries, Wallingford’s juiciest bar is nestled on the corner of Wallingford Ave and N 44th street just waiting to be found. Juisala is a vegan juice bar and cafe offering a variety of small-batch, fresh-pressed juices, smoothies, acai bowls and salads made with all organic ingredients - and everything is insanely delicious.

While Juisala only recently opened in late January 2020, this juice bar is a vision that has been manifesting for quite some time. After years of working in QFC’s produce department and setting up a juice bar whenever possible, Juisala founder and owner Jay Jeffries searched Seattle for the perfect spot to set up his juicer.

“[In] 2017, I wanted to set up to start with a juice bar,” said Jeffries. “So I did like a three month kind of trial run, and rented some commercial kitchen space down in lower Queen Anne, and just tried to do Uber Eats and delivery which didn't really work out that well.”

But he didn’t give up. After exploring possibilities in Queen Anne then Fremont, Jeffries turned to Wallingford after his sister moved her yoga practice there in 2019. While he initially hoped to open up a juicery next door to her studio, fate had other plans. While that deal fell through, Jeffries walked outside and noticed that a bakery across the street was now empty - the very same space that Jeffries had looked into years earlier for a possible business venture.

“There wasn’t even a sign on it yet,” said Jeffries. “So I called [the landlady] and she said ‘your timing is impeccable’.”

Jeffries attributes his interest in health and wellness to his mother, who bought him his first juice machine when he first started working at QFC and would “literally juice everything in the produce department.”

Aside from weekends, Jeffries typically works the shop by himself, pressing each juice with care and a whole lot of enthusiasm. Nearly every ingredient in the bar is organic and grown by local farmers, excluding the few vegetables he grows himself - like celery and parsley.

“I do feel pretty strongly about organic [fruit],” said Jeffries. “It’s all organic or wild harvested. If I know where it came from, whether I grew it myself or somebody I know harvested it, then that’s okay!”

While starting a new business during COVID-19 isn’t an easy feat, Jeffries quickly adapted, offering covered outdoor seating and implementing sustainability initiatives that keep people coming back, while also saving money (and the planet). To reduce the amount of consumer trash, Juisala uses reusable and recyclable glass bottles and mason jars. If you return, reuse or bring your own glass, you get $1 off, while glass bowls and spoons for acai bowls earn you $2 off.

From the authentic tapa cloths that drape the walls to the tiki that sits on the counter and the rainbow periodic table of juicing poster that hangs on the wall, Juisala in Wallingford is summer in a bottle, in an environment reminiscent of Hawaii in all of its fresh-fruit glory.

While the products, services, and/or accommodations in this post were provided without charge, all of the opinions within are those of the author and the Seattle Refined editorial board