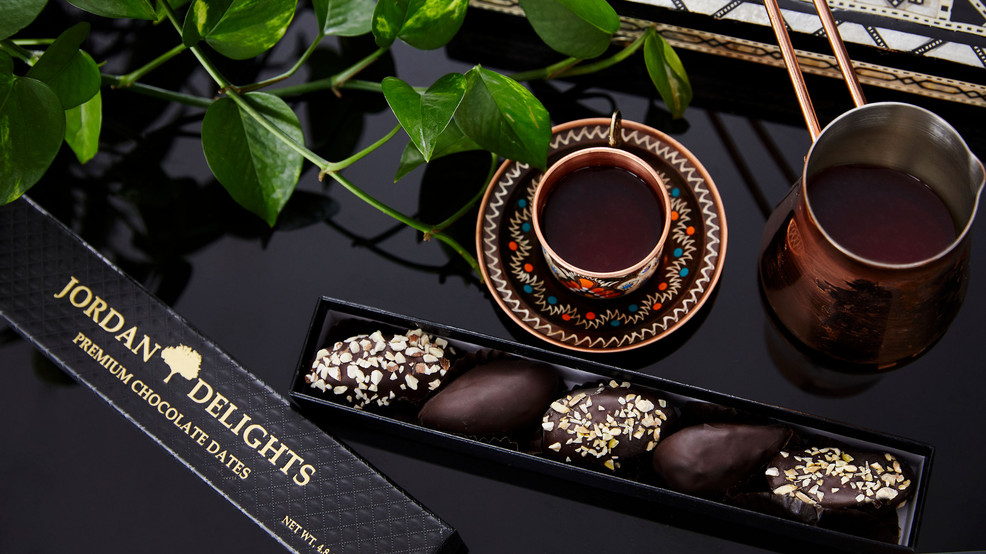 In 2013 Shadin Khreis, owner of Jordan Delights, moved from Jordan to pursue an engineering degree at University of Washington. She loved introducing friends to Jordanian traditions and culture, and quickly realized the power in connecting with others through the unique flavors of fine Jordanian cuisine and desserts.

"For Mediterraneans, food is a big part of the culture, and we enjoy spending hours in creating wonderful flavor profiles and sharing meals with loved ones," she said.

Khreis believes it's important to share Jordanian and Arab culture and heritage, "because Arabs are so misunderstood in the U.S., even in progressive cities like Seattle," she says. "I often get things like, 'You're pretty westernized' — and I always think, 'No, that's just what we are like.'"

"The Middle East is a beautiful and very rich place in tradition, culture, arts and music," she continues, "a place where there is a shared sense of community and support and heritage, yet often Arabs are reduced to a stereotype. Jordan Delights is a small embodiment of Jordanian and Arab culture in the shape of handcrafted, premium chocolate-covered Medjool dates."

The company launched in May of 2019. Khreis's delectable products are made with organic dates grown in the Coachella Valley, dipped in 72% dark chocolate or white chocolate, then topped with a variety of nuts and spices including roasted almonds, pistachios, cardamom and coconut. The non-GMO and gluten-free Delights are made with fair-trade chocolate and can even be considered a "healthy dessert" option, thanks to antioxidant-packed dates.

Growing up, Khreis felt that she wanted to have independence to shape her own life path. "I had a desire to be on my own and wanted to study abroad, because I felt there would be more opportunities available. Both of my parents have studied abroad and have often echoed the value of their international education."

Her mom was a Palestinian refugee who graduated from the Imperial College in London after being forced to leave her home, and her dad, a Jordanian, lost his father at age 8. Her dad had graduated from Washington State University in the 80s, and was willing to support her journey to to Washington. He often portrayed Seattle as a beautiful city that was both progressive and friendly.

So Khreis moved here after graduating from high school. "I remember the first day I got here, September 5th, 2013, and my first time on I-5 riding in the car from SeaTac to Shoreline with my dad, and feeling like, 'What did I get myself into?' right when I saw the city and all the high-rise buildings, and how fast everyone was driving."

Yet the transition proved easy, as her dad helped her get set up and she had the support of friends and family back home. "I got a very red little Mini Cooper, and a room near Shoreline Community College, and I felt ready to take on the world. That same day I arrived, my dad and I drove on Alaskan Way and hung out at one of the docks there, and it was just beautiful (but it was raining, little did I know?!). I was really excited to be here."

Khreis has found so many new experiences in Seattle and Washington — from the scale of the mountains to the size of trees here and the presence of nearby volcanoes. "Seattle is where I spent all of my adult life," she says, "and in a sense it's a very unique and heartwarming sentiment to share with a place." She says that all of the experiences —the good and the bad — have shaped who she is today. "It feels like home."

Throughout the past pandemic year, the biggest hurdle has involved scaling her business (which is an e-commerce business) by driving more traffic to the website.

"Our products are unparalleled to any other chocolate-covered fruit product sold in stores," she says, "We use high-quality ingredients, and create our Delights not just as a food to be consumed but as a piece of art where each piece is handmade. Yet it's hard to drive traffic to our website since we don't have a storefront."

Despite the immense gratitude of having her small business featured, Khreis admitted the timing of this story felt challenging. She felt unable to compartmentalize the images she's been seeing "and the reality of Palestinians right now," she says. "I feel that that's where the attention should be."

"It is a very difficult time to be doing an interview as a Jordanian-Palestinian American, with the grave injustices facing Palestinians in the Sheikh Jarrah neighborhood and in Palestine. The best way for readers to support us is by educating themselves on the history of Palestine, and to have these difficult conversations and resist the temptation to simply label the fight for justice as 'Complicated.'"

Readers wanting to try Jordan Delights can order directly from the website or find them in 15-plus stores across Washington and Oregon, including Whole Foods, Leschi Market, La Pasta and A Bit of Taste. Most stores are small local businesses and many, like Jordan Delights, are women-owned. (Follow along on social media, too!) The goodies come packaged in beautiful quilted boxes and can be paired with coffee, tea, wine, beer, or even used to make a Chocolate Manhattan. They are extremely popular with Middle Eastern communities, especially during the month of Ramadan, and make for delectable and thoughtful gifts any time of year.