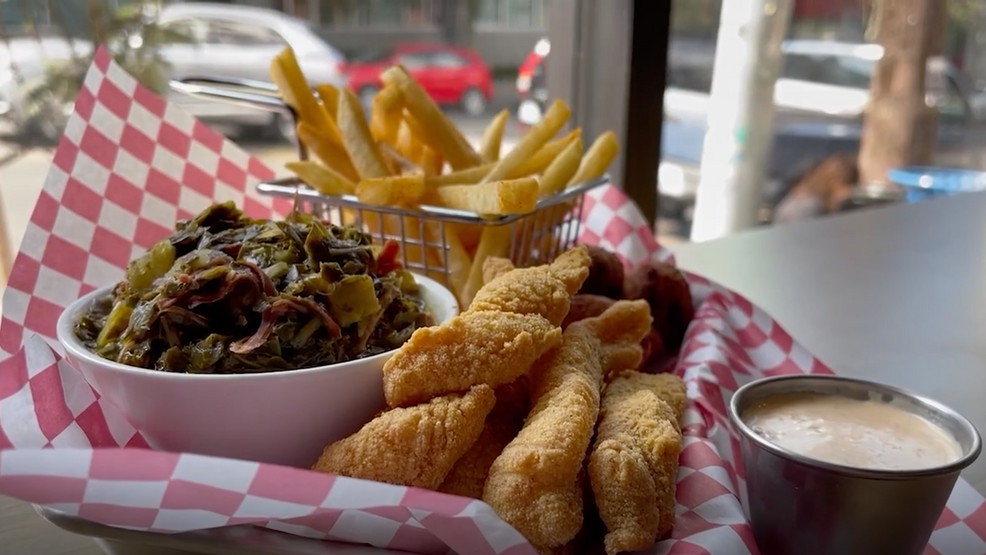 Jackson's Catfish Corner: The continuation of an incredible Seattle legacy

Located, fittingly, on the corner of 23rd and Jackson in Seattle's Central District, Jackson's Catfish Corner is a continuation of his grandparent's legacy.

"The Original Catfish Corner was located on the corner of Martin Luther King Jr. and Cherry. It was established in August of 1985 and it became a staple in Seattle," explained Jackson. "It was a place of gathering, a place for family, a place where you'd always see someone you hadn't seen in a long time."

Jackson started working at his grandparent's restaurant when he was 13. After they closed the original Catfish Corner, he decided to take over the business.

"I heard a kid say, 'Man, I've never been to Catfish Corner before'," recalled Jackson. "I was just so blown. I was like 'Man, how have you never had Catfish Corner'? At that time [I decided] I've got to bring it back because there's no way anyone from Seattle has not had Catfish Corner."

It wasn't always easy. For several years he jumped from location to location. Now, thanks to his own determination and support from the city and community, Jackson's Catfish Corner is reborn in a sparkling new space less than a mile from the original restaurant.

"What I always tell everybody is it's been a stepping stone to get to where we're at right now," said Jackson. "When I was telling people that I was moving back to the Central District everyone was like, 'Okay Terrell, whatever. Where are you going to be at now?' So, when they come to this location, people tell me they want to cry because this is mind-blowing."

Of course, the food is what keeps people coming back, and there's one item on the menu Jackson's is really known for: fried catfish.

"I think everyone in the United States gives you the whole shank of catfish," he said. "We cut the shank into strips and it's crazy, we give it to kids and most kids won't eat catfish, but they love our catfish. It's such a flaky and such a crispy piece of meat. Then, the combination of the fish with our tartar sauce. It's a homemade tartar sauce, that we make in house, and it goes on everything."

For Jackson, the dishes he serves and the space itself, Jackson's on Jackson, are a tribute to the two people who started it all.

"This is what I've always dreamed about. To do this for my grandparents because this is what they deserve. For them to walk through these doors and for our last name to be kitty corner from Amazon Fresh and Chase Bank and Starbucks, they're so proud," said Jackson. "They stay with me and we talk about it every night when I walk in the door. They're super proud of me, for sure."