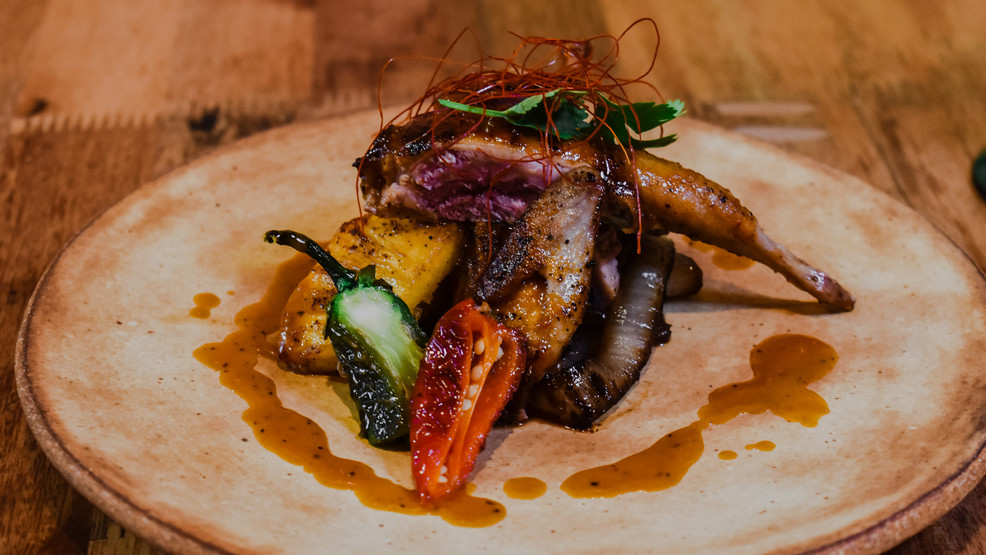 Jackalope brings a taste of Tex-Mex to Columbia City

At Jackalope Tex-Mex & Cantina in Columbia City, the tequila flows and the tortillas couldn't be any fresher.

"We want you to disappear into a different world when you walk in. We want you to enjoy it. The music, the lighting, the service and the food, which is beyond my expectations," said Jack Timmons, co-owner of Jackalope.

Timmons is the man behind Jack's BBQ, which boasts four locations around Western Washington. Jackalope was a collaboration between Timmons and longtime Columbia City resident Graham Ayers, who co-owns the restaurants and serves as general manager.

"Jackalope is an idea Graham and I have been talking about for many years and it finally came to fruition," said Timmons. "It starts out being super authentic around Tex-Mex cuisine, that area that was settled in the 1700s, 1800s and that mashup of foods there, but it also takes into account some modern cuisines that we love."

For Timmons, a native Texan, and Ayers, creating an authentic Tex-Mex experience was critically important. So, they took a good ol' fashioned road trip with Jack's VP of Operations Stew Navarre and Jackalope Kitchen Manager Josh Carpenter from Houston to San Antonio to Austin to do research.

"My take is, I think the number of restaurants seemed to grow every day. I think we started with 27 and moved it up into the 30s," recalled Ayers.

"We ate at 35 Tex-Mex restaurants in three-and-a-half days until we hit a tequila wall in Austin that stopped us abruptly from further research. We flew home the next morning," said Timmons with a laugh.

That trip helped the team focus on the menu. Of course, folks will find barbecue and Tex-Mex mash-ups like brisket enchiladas. The flavors here are designed to be familiar to folks from Texas. That means Tex-Mex staples like flour tortillas, refried beans and plenty of one all-important spice: cumin.

"The cheese enchiladas with chili gravy. That's essential. That's Tex-Mex 101. Every Texan that walks in here, they're going to ask for that. They want to see that it's done right with cumin so it's got that chili flavor," explained Timmons.

Another critical component is cocktails. The bar menu at Jackalope focuses on tequila and mezcal, which just so happens to be Ayers' area of expertise.

"I'm all about agave spirits. Bringing cocktails that use premium liquors and margaritas and making them the way I would at home," said Ayers. "The most popular (margarita) and also the one that's got a special place in my heart is La Pina. I was out on my barbecue this summer. I was grilling pineapple and Serrano chilis. We put that together with a little Grand Marnier and fresh lime juice and, oh my god. We took a sip of that and said there's nothing more we've got to do."

Both the drinks and the food at Jackalope boast big flavors, while the atmosphere inside is bold and vibrant. It's a taste of the Tex-Mex experience for folks in the Northwest and beyond.

"If you're from Texas, I want you to think that we lived up to your memories," said Ayers. "If you're a Columbia City resident, I just want you to think about telling some friends and coming back for your next visit. We want people to feel like they've got a night out on the town and we sure need it these days."