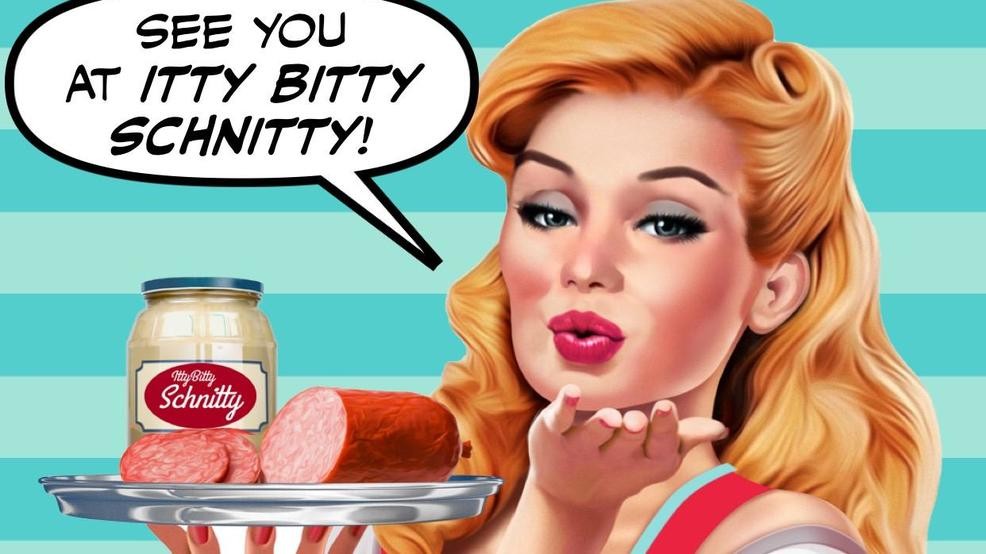 Celebrate Oktoberfest with the hottest schnit[zel] in town

It's got a funny name, but at Itty Bitty Schnitty they're serious about - you guessed it - schnitzel.

"Schnitzel is where we take pork, we pound it out really thin, break it and deep fry it," said owner Amber Cowart.

The flavor comes out - spectacularly.

"It's all in the breading," said Cowart. "We've got hints of lemon and paprika coming through in every bite and that's what makes it so exciting to eat."

Itty Bitty Schnitty is the brainchild of Cowart, who traded a successful career in finance for a food truck.

"My family is actually from Austria," she said. "Mom was born in Germany, so we love the dirndls ad the lederhosen. And I just couldn't find great German food out here in Washington."

Lots of folks use panko bread crumbs...which Cowart says is a no-no.

"I wanted to really bring what schnitzel should be, and what I've known it to be from my family in Austria," she said.

The menu on the truck and their brick-and-mortar location in Tacoma is dedicated to Austrian and German delights.

But what about the name? Turns out it originated down under.

"In Australia you can go to just about any pub and they serve schnitzel. It's a staple on their menu but they call it schnitty," said Cowart. "So when I found that out I thought that's so cool. I have to do something with that. Because we're at fairs and festivals I wanted to take the giant schnitzel and make it miniature so you could eat it and walk around so Itty Bitty Schnitty was born."

Make no mistake - there's nothing itty bitty about this schnitty. This is a good-sized piece of pork. Cowart and her crew are serving it up the traditional way with lingoberry jam and lemon, sandwich-style on a soft pretzel bun. But their most popular dish is the poutine and schnitt.

"It's an amazing dish," she said. "We take french fries, stuff it in this really cool cone. And you can see it's got creamy jager mushroom gravy that we make from scratch, buttery fried cheese curds, bacon, chives and a schnitzel to top it off."

Comfort food at it's finest. And nothing pairs better with schnitzel than German beer. So naturally Cowart is taking the truck to the Washington State Fair Events Center in Puyallup this weekend for Oktoberfest Northwest.

"I am so excited to be a part of Oktoberfest Northwest," she said. "You know I've been on my own just as a patron, and so serving this year is going to be super exciting for us."

"It's really a celebration," said Cowart. "So a celebration of the coming of Fall and the seasons changing. It's a time you can get together with the people you love and just take a minute to step back and celebrate life.'