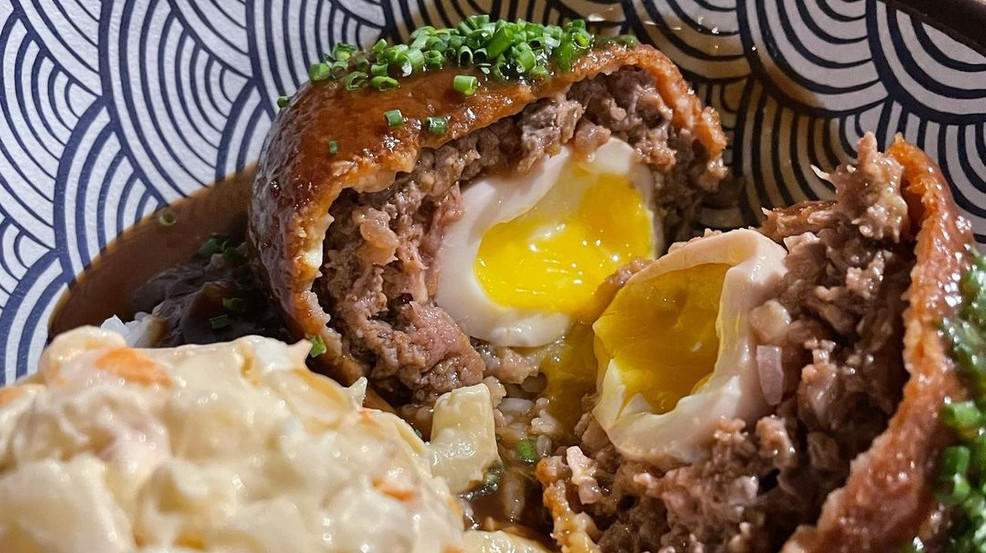 In the world of restaurants, Sean Arakaki knows his current gig is unique.

"It's not often you get a job where the owners tell you you have free reign in the kitchen," said the executive chef of Itsumono. "You can make it silly. You can make it serious. As long as it's good, they're happy."

Located in the Japantown neighborhood of Seattle's International District, the space that now houses Itsumono was previously the home of Kaname Izakaya. When the pandemic hit, owner Mike Vu knew it was time to change things up.

"We were really thinking, well, we have neighbors who do great traditional Japanese food," he said. "For us, we were feeling like we weren't doing anything special in that realm...so, we're like 'let's try something new'," explained Vu.

For Vu and his business partner, that meant building out a craft cocktail program and bringing in a chef who could bring some added creativity to the kitchen.

"Sean was just one of those guys who has come from really great restaurants. So, for me, it's his time to shine," said Vu. "He wanted to do some interesting new food. We were like, why don't we try to fuse a bunch of different foods with Hawaiian cuisine. Let's do some Chinese stuff here, some Thai food, Vietnamese stuff. Trying to bring it to a next generational level of Asian cuisine here in the International District."

Arakaki started his culinary career in Hawaii cooking at top spots all over the Islands, then worked at a number of notable restaurants around Seattle, including Canlis and Eden Hill. At Itsumono, he draws on all those influences with a menu of perfectly composed dinner dishes and playful late night bites.

"It turned into having something different every week to keep people interested. I thought that if I had the same thing over and over again guests would get bored," said Arakaki. "People have responded really well to it."

While the menu rotates regularly, several items have become house favorites, like the Teri burger, saimin, a classic Hawaiian noodle soup and one dish that's particularly close to Arakaki's heart.

"The loco moco scotch egg is something I came up with at Hilo Bay Cafe, if you can believe it," he said. "It's a deep fried scotch egg with a running yolk in the middle, with gravy on top, mac salad on the side over rice."

The scotch egg is comforting and homey, a massive bowl full of deliciousness people keep coming back for. And seeing the food at Itsumono, his food, resonate with so many people - well, to Arakaki that means an awful lot.

"It's honestly better than I could have ever imagined...Seeing people coming in again, bringing their friends in, that's the most rewarding part. So I'm happy. Very happy."

Want to support more small businesses like Itsumono? We're proud to collaborate with Intentionalist, an online guide that makes it easier for you to find/connect with diverse local businesses owned by women, people of color, veterans, members of the LGBTQ community, and people with disabilities.