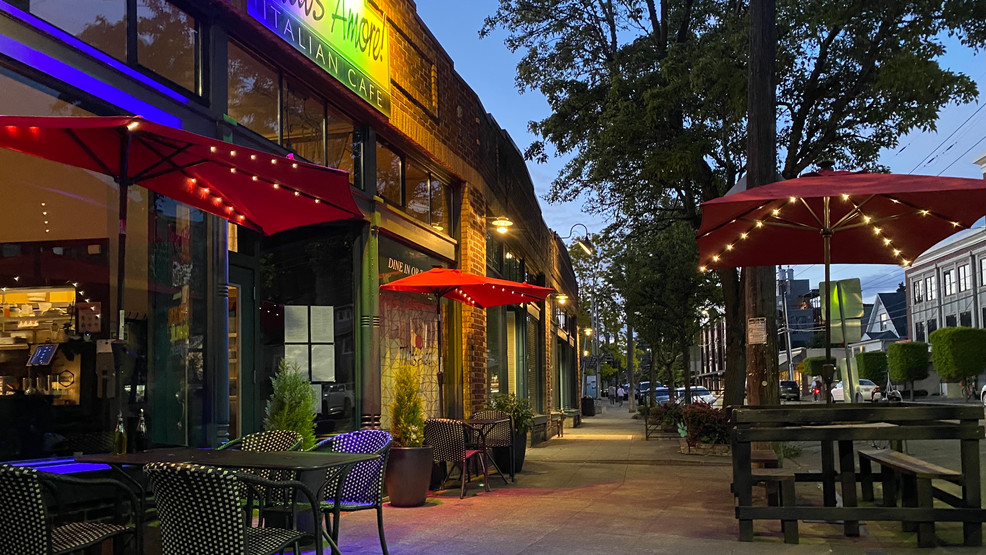 Let’s make one thing clear: I will never turn down an offer for Italian food. So when I opened an email to find a dinner invitation from Guy Devillier, owner of That’s Amore, there was zero hesitation in saying yes. After spending an evening in the cozy cafe, perched on the edge of Seattle’s Mount Baker neighborhood, it was clear that the staff cares as much about their local community as they do their insanely delicious risotto cakes.

That’s Amore has been a staple of the neighborhood for 20 years. So when news broke that the owner was planning to close up shop, Guy, one of his most trusted servers since 2013, jumped at the offer to step in and take the reins. Partnering with David Hoefer, who handled the landscaping and dining room improvements, the pair started looking for traditional financing options, which unfortunately didn't pan out. But to keep the concept of That’s Amore alive, the owner graciously delayed the sale until Guy and David could find a way to fund the purchase.

A fundraiser was held July 24th, 2018, where around 70 guests and members of the Amore family were asked to purchase gift certificates to fund the down payment of the restaurant. By the end of the evening, they raised the down payment... plus enough to cover the entire purchase price!

After being greeted by Guy and his welcoming staff from the instant I walked in during my visit, it became very clear why these regulars would feel as passionate about this place as those who are running it. When the COVID-19 shutdown hit, they pivoted immediately to take-out only and managed to stay open the entire duration of the pandemic. Not only did they stay open, but they created ways to give back to the city that had supported them so much in the past.

They contacted previous donors to see if they’d use some of their gift certificate value to go towards feeding people in need and the response was overwhelming.

That’s Amore combined forces with We Got This Seattle and fed the frontline workers of a clinic in Rainier Beach. And the cafe launched, "This One's On Us," where anyone could go to the cafe and request a meal, free of charge.

St. Clement Episcopal Church across the street was able to refer people to That’s Amore for a hot meal and the final dollars of the campaign funds were donated back to the church’s parking lot fund as a thank you for letting the cafe use the lot as a pickup station for carryout orders.

When the Black Lives Matter movement carried through Seattle and the country, That's Amore donated to the Northwest American African Museum by forfeiting their 20% service charge to the NAAM’s Unity Fund.

And they didn’t stop there. When the holiday season hit, the cafe launched yet another campaign to donate to Seattle Humane, Northwest Harvest, and Lifelong.

"We get to carry each other," says Devillier. "It’s not just a belief. It’s a privilege. And that’s how we operate."

Surrounded by soft lighting and bottles of wine, I found myself sinking into the comfort of savory food and kind people, making That’s Amore my new go-to Italian spot. The love that these owners have for not only their city, but helping those in need, comes across in every delectable bite.

To learn more about That’s Amore, purchase gift cards, or salivate over their menu, visit thatsamoreseattle.com.