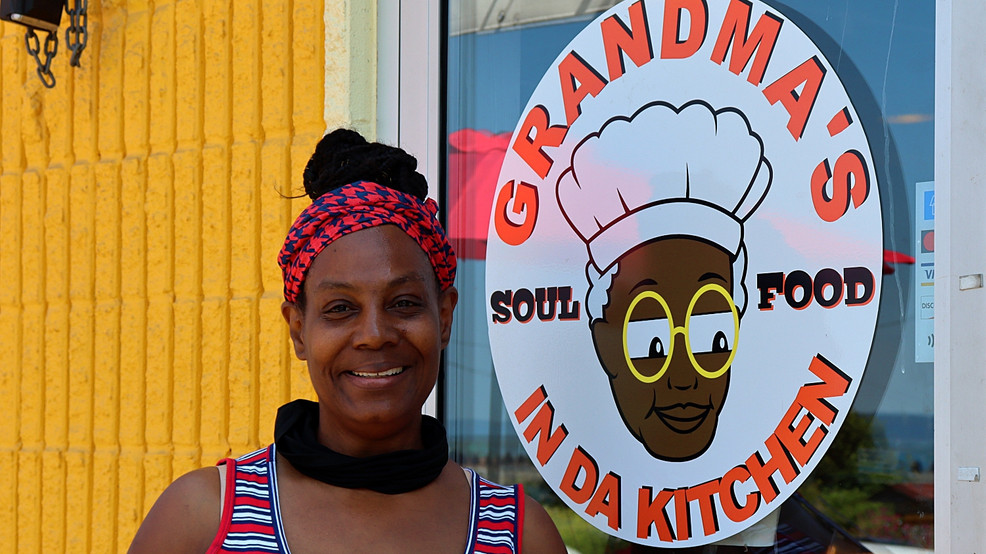 At Grandma's in Da Kitchen, you'll find food you can't find anywhere else in town

Look around you. There aren’t that many southern-style or soul food restaurants in the Pacific Northwest, certainly not in Everett. But there is one that is getting a lot of attention - located just off Marine View Drive, Grandma’s in Da Kitchen consistently gets raves reviews (local and national) and on the day that I visited, numerous drivers for Uber Eats, Grub Hub and others were constantly picking up orders.

When driving toward the water down Hewitt Avenue, you can’t miss restaurant - though you may not realize it. A mural was recently painted on the back wall of the eatery, by a local artist artist whose amazing work means the world to owner Sharon Tolbert. The artwork was part of 'Grill and Chill,' an event where a group of artists from all over the U.S. came to Everett to do some of their best work.

Tolbert says that she wanted a piece that would address last summer’s protests against racism and police brutality, but that would also represent unity and togetherness.

The finished work features an image of Breonna Taylor and Tolbert's late son Jatarious, who was shot and killed several years ago. He was 17 years old, and Tolbert tells me it was Jatarious who inspired her to open her restaurant in the first place - the two had talked about someday owning a restaurant together. Family is embedded inside and outside the the four walls of the restaurant, whose name was inspired by Tolbert's young granddaughter, who was once asked: "Where's Grandma?" "Grandma's in da kitchen!" she responded. The name stuck.

Inside, Tolbert’s menu is extensive to say the least - you’ll find things here that you won’t find anywhere else in town. Some of her best clients are sailors stationed at the Everett naval base looking for some real home cooking, instead of their usual fast food.

The ongoing pandemic has been rough for small restaurants everywhere, and Grandma’s is no exception. The space is the former home of Jubie’s Barbecue & Caribbean Delight, and it was a fish market before that. On the day that I visited, half of the restaurant that once served as Jubie’s was torn up waiting for a remodel. Tolbert showed me drawings of her plans to turn that half into an ice cream parlor and dessert bar, but since the pandemic - she's lost so many employees, her daughter recently jumped in to help carry some of the load.

She has a long way to go, but she’ll get there. It doesn’t take long after meeting her to see she's an amazing woman whose drive keeps her constantly on the go.

While Tolbert is firmly a part of the Everett community now, she was born and raised in Knoxville, Tennessee where she lived until moving to Tacoma 12 years ago to care for an ailing uncle. During that time she worked for a number of restaurants and caterers, and did volunteer work in Seattle before deciding to give her own restaurant a try. She found an ad for her current location and then moved to Marysville. She now holds three culinary art degrees and is a graduate of the last class of LeCordon Blue. She's been married to her husband Robert for over 35 years, and although she is a bit of a workaholic - Grandma’s stays closed each year on their anniversary. Nothing is going to stand in the way of her celebrating that special day. She also stays closed on June 18, Jatarius’ birthday.

Want to support more small businesses like Grandma's? We're proud to collaborate with Intentionalist, an online guide that makes it easier for you to find/connect with diverse local businesses owned by women, people of color, veterans, members of the LGBTQ community, and people with disabilities.