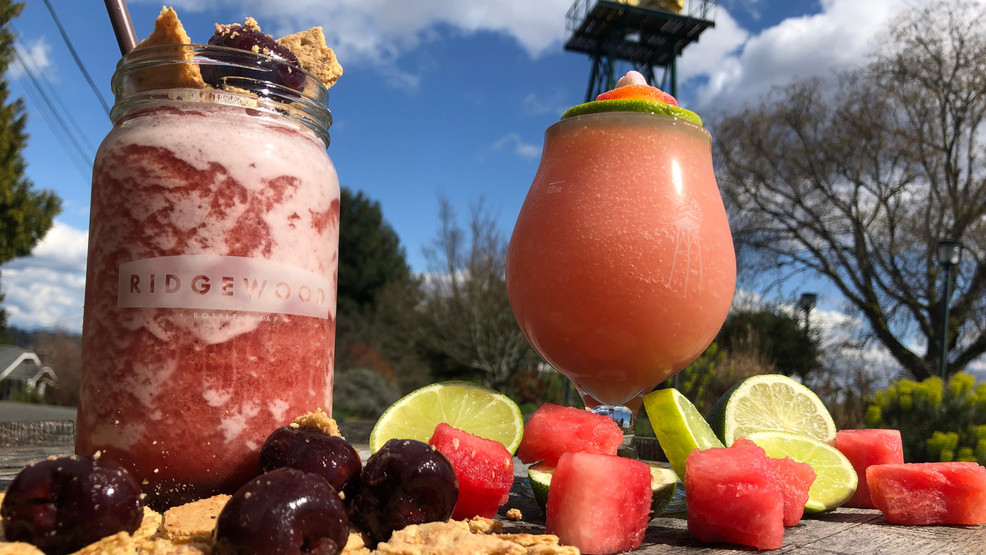 Get in on the beer slushie craze at RidgeWood Bottle & Tap

Summer is upon us, Seattle. Soon we’ll be basking in 9 p.m. sunsets, kayaking on Lake Union, and savoring backyard beverages. Summer also means enjoying one of life’s greatest pleasures - slushies. But this year has been harder than most, so we all deserve something extra from a seasonal frozen drink.

Robin Warma is a co-owner of RidgeWood, along with long-time friend Stuart Faris, who opened the bottle shop last May.

“It's what I refer to as a ‘covid-baby business,’” Warma said. “No one's really sat inside and now we’re approaching our one-year anniversary, so it's very strange.”

Despite the pandemic shifting business, the two hit a home run when they married a childhood love of slushies with beer. Enter - the beer slushie.

Not a fan of beer? How does a cider or prosecco slushie sound? Or the never disappointing frosé? If you’re like us, you’ll be going back to sample them all.

Warma and Faris may be running the show, but we have Warma’s fiance to thank for the beer slushyie flavors. A whiz at cooking in the kitchen, Robyn Maddess is lending her skills of pairing complementary flavors to bring us the best adult slushies we could ask for. RidgeWood often partners with friends from Dirty Couch Brewing in Magnolia to feature their sour beers in slushie form.

Warma’s favorite beer slushie so far has been a collaboration that featured Dirty Couch Brewing’s Cherry Colored Funk, a sour cherry ale aged in Westland Whiskey barrels. RidgeWood then added graham crackers and cherries to make it more reminiscent of a cherry pie.

A neighborhood favorite has been the mangonada slushie. For this, RidgeWood takes a mango IPA from Bale Breaker Brewing and blends it with mango puree, a hint of apricot, and some mild chilies. One slight brain freeze later and you’re sitting on a beach in Mexico.

Warma said the neighborhood has been quick to welcome the bottle shop and their experimental slushies.

“We threw the slushies out there for the public, and thankfully the neighborhood was super into it and they’ve been willing to go on this crazy ride with us,” Warma said.

In true Seattleite fashion, the winter weather was no excuse to stop enjoying a frozen beverage, and RidgeWood kept the slushy machines churning.

“It was hilarious watching people sit outside in the middle of winter in their parkas sipping on frosé,” Warma said. “That happened every single night.”

Aside from beer and cider slushies, RidgeWood has 43 curated taps to choose from and walls stocked with cans and bottled brews. In the future, the shop plans to hold trivia nights, wine nights, Magic the Gathering events, and fundraisers.

Until then, enjoy a frozen beverage on the patio or take it to-go for a refreshing treat. We don't recommend attempting to blend carbonated beverages at home. It’s better to leave it to the pros at RidgeWood Bottle & Tap.