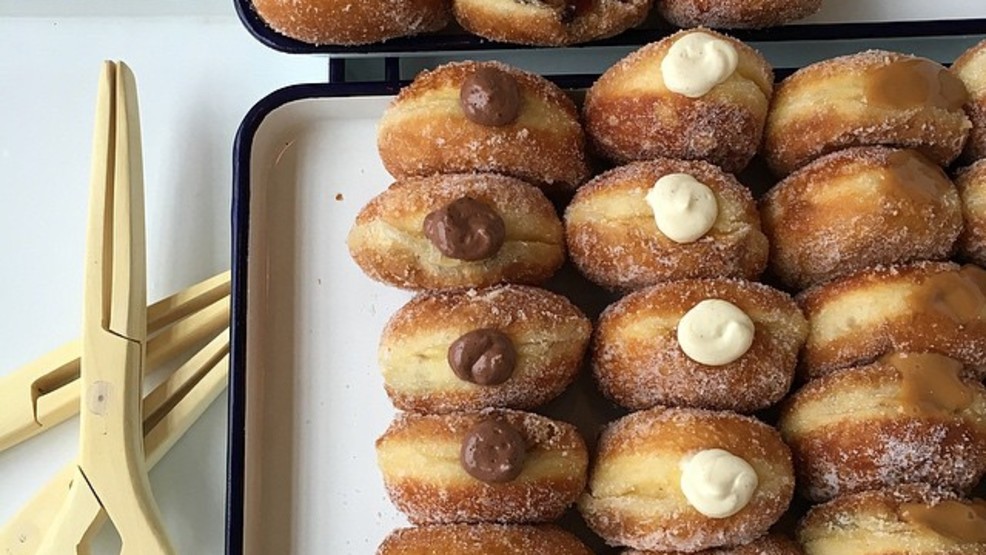 General Porpoise Doughnuts are made inside the Amazon Spheres

It's warm and inviting. A bright, airy space in Pioneer Square. The kind of place that makes you want to sit down and stay a while. But, that's not why they come to General Porpoise. It's the smell that draws people here. The smell of coffee and fresh doughnuts.

James Beard award winner Renee Erickson is one of Seattle's most celebrated chefs, but she didn't plan on being in the doughnut business. General Porpoise started out of necessity. A way to fill an unused space adjacent to her acclaimed steakhouse, Bateau, on Capitol Hill.

"Seeing the neighborhood develop, we were just like 'why don't we open up a doughnut shop?'," said Erickson.

One doughnut shop quickly became three, with two more locations on the way, including her first California location in Pacific Palisades. That success is due, in large part, to the doughnuts themselves. They're sugar-coated and filled, a recipe inspired by Renee's travels to London, and perfected by her and her team.

"I try to focus on being really simple and use the most local and fresh ingredients possible. This lent itself to where we could have one doughnut that never changed, that we could perfect, and then change the fillings as the seasons went on," said Erickson.

The menu is concise. There are three staple flavors: vanilla custard, lemon curd and chocolate marshmallow, as well as two that rotate based on the seasons.

"You want to buy what's now. So, rhubarb, then we're going to roll into strawberry, then it's really just a free for all of fruit over the summer. So, it's whatever sounds good to us essentially," said Erickson.

They're all made in a most unlikely place, the Amazon Spheres. In their kitchen at the base of the spheres, pastry chef Katie Smith and her team turn out as many as 1,600 General Porpoise doughnuts a day. The process itself is time consuming. Over the course of a couple days the dough is mixed, proofed, cut, weighed, shaped, fried and filled. Everything is made from scratch and done by hand.

"We put a lot of love into it. I know that's very cliche to say, but we do. My team back here is happy, the people at the cafes are happy, so that translates into a great product," said Smith.

The doughnuts themselves are unlike anything I've tasted before. A sugar-coated, custard-filled bite of pure happiness. Just like Renee, Katie and the whole team want it to be.

"Breakfast is the most important part of the day. If you get that little special something in the morning, your whole day is fantastic, so that's what I want people to enjoy."