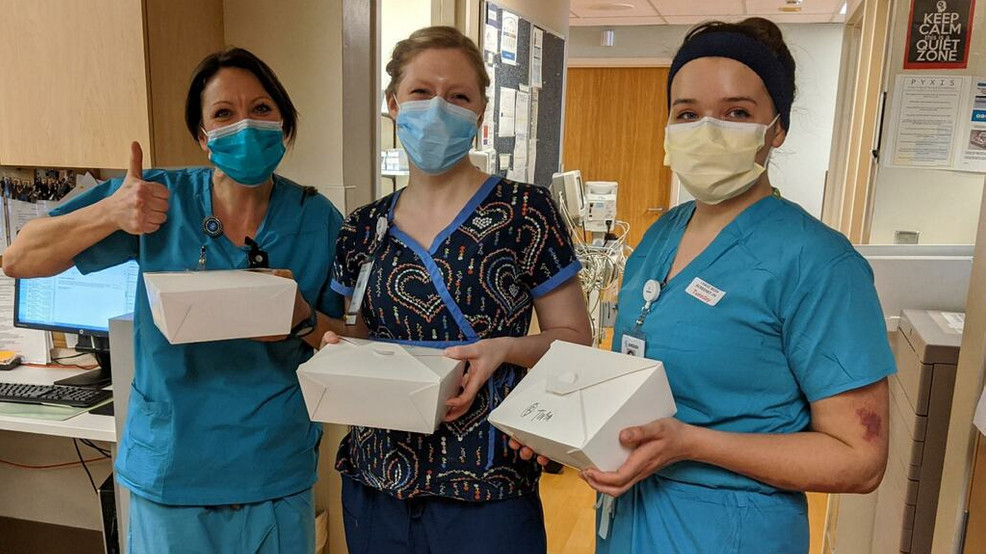 "Our food has always been the most soulful of soul foods," said Jack Timmons. "It's like chicken soup. It's very heart rendering food. I think it's good for people to come out. It's always a shared meal."

Timmons, owner of Jack's BBQ (which boasts locations throughout Seattle and new takeout pop-ups in Bellevue and Algona), knows comfort food has something of a dual meaning these days, that a plate of barbecue can nourish the soul even as it fills the stomach. He also knows, a little more than most, the impact of the coronavirus crisis on our frontline workers.

"My girlfriend is actually an ICU doctor. She's at Swedish [Hospital], so she's in the middle of this. She's frontlines," he said. "She brings you the real stories of real people and they're dying. She's used to saving lives, and these people are - it's like you're in a losing football game for 20 quarters. It never ends."

Early on Timmons started delivering breakfast tacos and lunches to his girlfriend and her colleagues at the hospital. Then his friends wanted to know if they could pitch in too.

"They started contributing money for us to [provide meals]. We went up to Evergreen, they're getting hammered and it just kind of became a thing," said Timmons. "We put something on our website that says 'Hey if you want to donate we'd love it'. It helps us and we'll take [the food] to somebody who really appreciates it. Then Frontline came in."

"The idea occurred to us early on when we saw this crisis unfolding," said Frank Barbieri, one of the original organizers of Frontline Foods. "Restaurants were being shuttered across the nation and healthcare workers were working double shifts, sometimes 12 hours, 16 hours with very little chance to get healthy nutritious meals given all the restaurants around the hospital were closing. We thought we would try to put the two together."

Frontline Foods started with a pizza party of nurses in San Francisco. Now, just a couple months later they've partnered with World Central Kitchen to deliver more than 275,000 meals across more than 50 cities.

"We have an all hands meeting with the entire national organization every Sunday and I joke that at every one of those I tear up at some point," Barbieri said. "I don't know what it will be this week, but it is something that is happening in a city by someone who is just dedicated to seeing this mission through and helping those around them."

You can volunteer, donate or learn more here. Your donation is doing double duty, with 100% of the money going to local restaurants like Jack's BBQ to feed healthcare workers.

"It keeps us in business because we get hundreds of orders for those things through the week," said Timmons. "That's been a good thing and it's super sweet. People are very generous and I think people too are very team-oriented."

That generosity means an awful lot to folks on the frontline, because sometimes a plate full of barbecue can do more than just fill the stomach.

"They're just so appreciative that someone cares," explained Timmons. "For the community to give them some sort of appreciation and acknowledgement, it's just wonderful for them. It's a super sweet thing. It's something they don't get everyday and now they're getting it when they need it most."