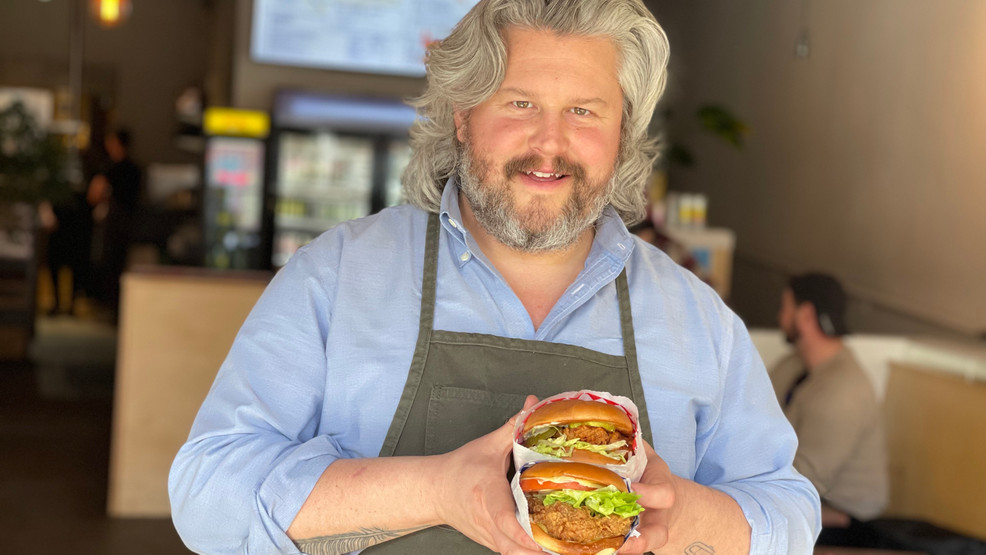 Fried chicken just how you like it at Cookie's Country Chicken

For some, cooking for folks is a calling. Brian Chandler has that calling.

"I always wanted to use food as a vehicle to bring people together, make people happy, facilitate conversations and, at the end of the day, spread love," said Chandler.

Chandler is the owner of Cookie's Country Chicken. He and his team serve up perfectly fried chicken at their restaurant in the heart of Ballard and, seasonally, at a food truck in Seabrook on the Washington coast.

While Chandler grew up in the Pacific Northwest, he learned the fine art of frying chicken in the oil field of south Louisiana. He went down to get a job on a boat as a wage mariner and the only openings were for cooks and stewards.

"I threw my name in the hat. I really shouldn't have, but I did and they hired me because (those positions) were all they needed," recalled Chandler. "I walked onto a boat. There were 80 crewmen that made me look like a junior high kid, and company mandate, every Sunday was fried chicken."

"Fried chicken is a really important dish to so many people. I was in over my head. I straight up had no idea what I was doing," recalled Chandler. "But I fell in love with it so much. I think my care and desire to make sure people were happy led me to want to master it and fully understand it."

It was on the boat where Chandler earned the nickname Cookie.

"If you're the chief steward and people like your food, they're going to call you Cookie. I always thought it was funny. These big surly dudes come in and they're like, 'What are you cooking up today, Cookie?'," explained Chandler.

After cooking fried chicken on the boat every Sunday for some five years, Chandler decided to fulfill a dream, serving his chicken in his city. Cookie's Country Chicken began as a series of ultra-popular pop-ups and just continued growing. Customers fell in love with a chicken recipe Chandler first developed through conversations with his boat crew.

"You know, when you're the boat cook, everyone wants to talk to you. I would literally just ask them, how does your wife do it? How does your grandma do it? Then, when I had free time, I would go to every chicken house in Texas, Louisiana, Memphis or Mississippi and watch them, look at their process," said Chandler.

"I would say to any amateur person at home that wants to master fried chicken, it's a combination of oil, heat, flour and spice. Those four things are the key to fried chicken. How you manipulate them is going to define the product you put out."

The chicken at Cookie's is available bone-in, boneless, in a bowl or in a bun. The most popular sandwich on the menu just might be the Barn Burner, a spicy chicken sandwich available with three different levels of heat.

"People love spicy chicken. I battled my chef for a year because I did not want to do spicy chicken. But, an old boat captain said to me it's not about what you want to make, it's about what they want to eat. So, we started doing spicy chicken and my gosh, we sell a lot of spicy chicken. We're thoughtful with it. We don't think spice should ruin your day. There should be flavor," said Chandler.

Chandler calls the joy folks get from eating at Cookies 'heartwarming,' the ultimate reward for all the hard work his small but mighty team put in to build the business, especially in the midst of the pandemic.

That's why Chandler tells me he isn't planning on slowing down until everyone has gotten a chance to try his chicken.

"Whole team eats. That's our motto. Hopefully, we can feed you something. That's how it was around the galley table. You always had someone from a different area that ate a different way. It was like, 'okay, cool.' I want to feed you because I want you to be happy. You know, whole team eats."