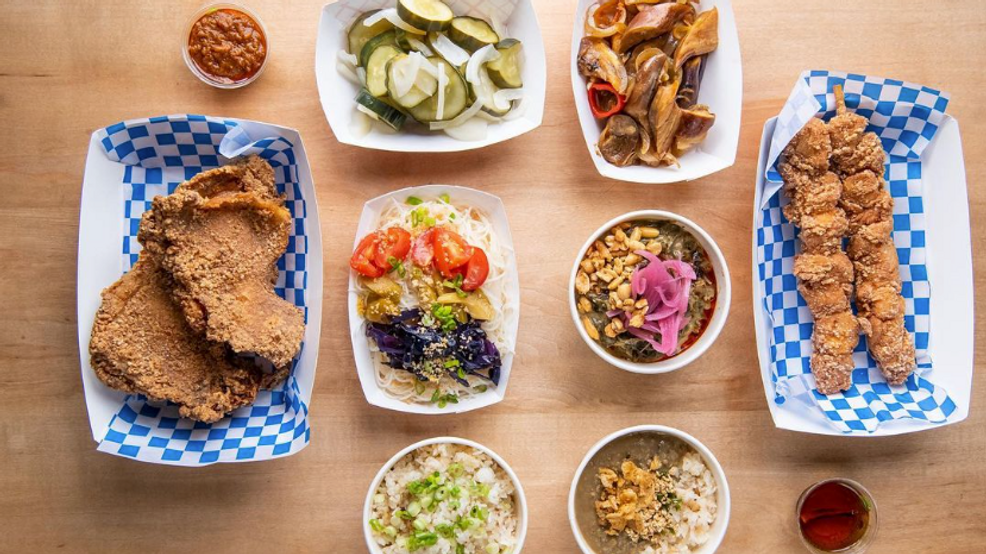 For as long as he can remember, Chef Paolo Campbell has loved eating fried chicken.

"It was like chicken and rice were the things I knew would always be at parties and potlucks," recalled Campbell. "And there was always a lot. Chicken is one of those things, if you only bring ten pieces it's kind of weird, so you have to bring a lot."

Those meals and memories stuck with Campbell, even as he worked his way up in Seattle's casual fine dining scene. So, when he got the chance to open his own spot, he made sure it was the restaurant he'd always dreamed about, The Chicken Supply.

"This is an idea I've had since culinary school. I've been talking to (co-owner) Donnie (Adams) about it, my wife, everyone around me for the most part," said Campbell. "I could make fried chicken and eat fried chicken almost every day. I say almost because I should probably take a break just for health reasons."

Located on Phinney Ridge, The Chicken Supply is co-owned by Campbell and his buddy, Donnie Adams, who is also an accomplished chef. Since opening in 2021, they've been drawing crowds and racking up accolades for their fried chicken, which Campbell describes as 'Filipino inspired'.

"It's not really a particular recipe. It's just eating a lot of fried chicken and going to parties, Filipino parties and Islander parties, where they make chicken and bring chicken. It's got the look of southern style. It's a little bit heartier on the crust, but then it's got the delicateness of the Asian style where it's a lot lighter, crispier and flakier. So, it's maybe the best of both worlds," explained Campbell.

At The Chicken Supply, chicken is available in four parts: the full wing, full drumstick, thigh and their white meat option, the chicken stick.

"The stick is very different. There's a stick in there, which is kind of like a faux bone. So, if you're not a bone person, it's super easy to eat. Also, if you're not a white meat person, but you want a little less hassle, that's the way to do it because it still stays juicy and still stays crispy," said Campbell.

The best way to ensure you score chicken is to pre-order in advance, preferably as early as possible, because more often than not, The Chicken Supply sells out. One of the reasons it has developed a particularly loyal following is that the entire menu is gluten-free and Celiac friendly.

"I never thought of doing gluten-free at all, but I have a lot of friends that are gluten-free and Celiac. I was like, what's the purpose of cooking if I can't feed my friends, too? So, I was like let's just include everyone. That's just how it came to be," explained Campbell.

The menu also happens to be small enough that Campbell tells me most customers just order everything. They take their sides just as seriously as the chicken. Many of them, like the Monggo Beans & Rice or Cold Pancit are riffs on classic Filipino dishes.

"I want it to look traditional, but I don't want it to taste traditional," said Campbell. "I'll never put myself against anyone's family recipe. I want (the dishes) to look similar, but when you eat it, you have to think about it for a second."

While the food is certainly important, for Campbell, Adams and the whole team, so too is the vibe of their restaurant. It's boisterous, high energy and welcoming for both adults and kids. It's an atmosphere similar to those parties Campbell grew up going to. Of course, that means there will be plenty of fried chicken.

"I just want it to be like a backyard barbecue all year long."