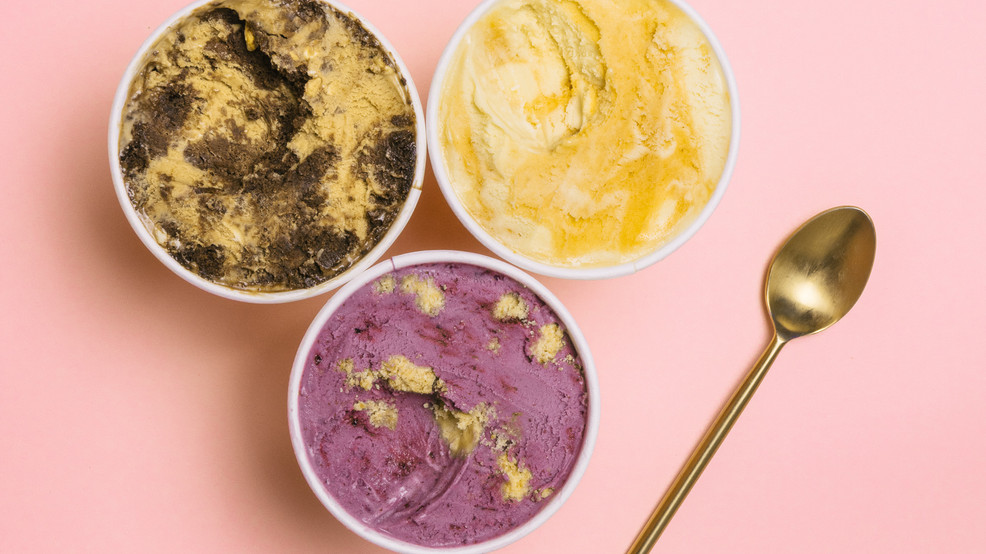 Frankie & Jo's is everything you love about ice cream, without the dairy

A simple scoop of ice cream has the power to bring back memories and evoke the most profound emotion.

"Ice cream is traditional. We celebrate with ice cream," said Autumn Martin, founder of Frankie & Jo's. "It's at our birthdays. It's at our anniversaries... and celebrations, they also go deep into our soul."

Frankie & Jo's is a Seattle-based ice cream company. It's everything you love about ice cream, but without the dairy — all of their ice creams are vegan, gluten-free and delicious.

A pastry chef, chocolatier and founder of Ballard favorite Hot Cakes, Martin describes ice cream as her family's love language. But when she discovered she was allergic to dairy, Martin found herself unable to enjoy her favorite sweet treat.

"I missed eating ice cream. I missed eating good ice cream," said Martin. "And then, at the time, being dairy free, I saw so many other people like me out there without kind of a home."

In late 2015, after several years of dreaming and recipe testing, Martin partnered with Kari Brunson, then the owner of the plant-focused Juicebox Cafe, to launch Frankie & Jo's.

"We make vegan, plant-based ice cream. We're gluten-free. We're really an ice cream shop for everybody. We built this place so anybody could come enjoy ice cream," said Martin.

Frankie & Jo's ice cream is available at grocery stores up and down the west coast, via delivery nationwide and at scoop shops in Ballard, Capitol Hill and University Village. For Martin and Brunson, making ice cream that satisfies while staying true to their vision has been a journey.

"Our process has evolved ever since the first ice creams I developed," said Martin. "The nut milk has to be made in-house. It has to be freshly made [...] Emulsification has to be a huge part [of the process] if you aren't using stabilizers and gums. We've just grown so much from those days back then."

Part of that constant evolution is creating new flavors, a process that begins months in advance.

Before a new ice cream is packed into pints or served up at a scoop shop, it has to get the green light from the Frankie & Jo's tasting panel.

During my visit to the University Village scoop shop, Martin, Brunson and executive chef Lisa Nakamura let me in on the fun, as we taste-tested some Fall 2022 seasonal offerings. My personal favorite? Summer Harvest Cake, a roasted cashew and coconut ice cream studded with chunks of decadent chocolate cake made using a surprising secret ingredient: eggplant.

Yes, at Frankie & Jo's, sometimes ice cream is a delicious vehicle for vegetables, but the real sign of flavor perfection is often decidedly more simple.

"Gosh, for me personally, I just know," said Martin. "You know when it hits that memory inside your body. It's like oh, this is it."