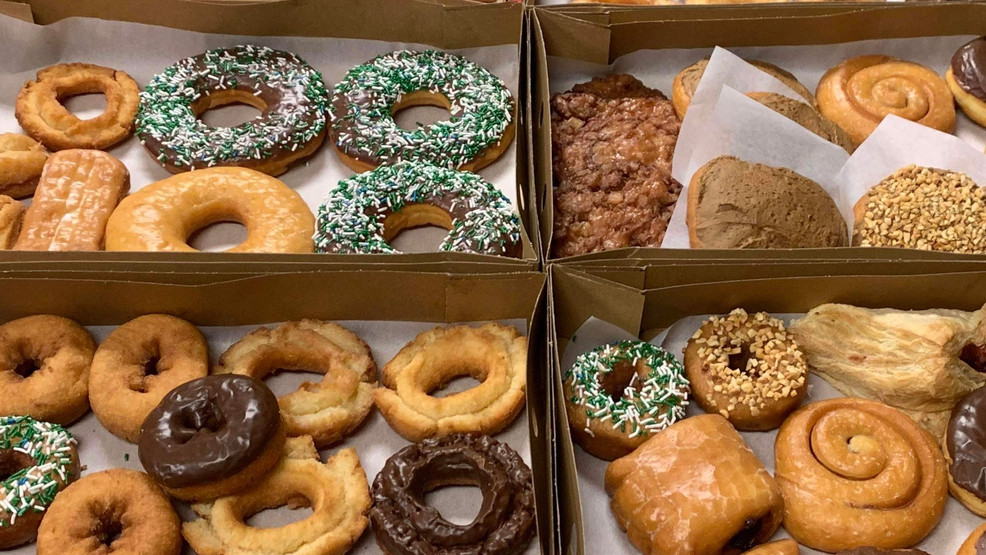 If you live in Renton, you've most likely heard of Chuck's Donut Shop. It's been a staple in the community (and beyond!) serving up delicious donuts for nearly 50 years and counting.

Sing Phon is the current owner and purchased Chuck's back in 1998, "I love that I get to be a positive part of people's morning. Being able to meet and interact with the customers is what I love so much about owning Chuck's."

"An old-fashioned goes perfect with a cup of coffee in the morning," said Phon. "The top sellers are the maple bars and apple fritters."

And for good reason, they are melt-in-your-mouth tasty.

The maple bar is a standout choice, with its creamy, maple-whipped frosting. And I’m not the only one who thinks so. These reviews from Chuck’s customers speak for themselves:

"It’s all about the unique Maple frosting. I’ve taken them to work, and everyone is asking where the world are these amazing donuts are from" – Merrilee Brandt

"All I can tell you is that as the self-proclaimed master of maple bars. I have never had one better than Chuck’s. The perfect amount of mouthwatering maple frosting on a bar of goodness that takes me to donut heaven with each delectable, life-affirming bite." – Tom Glasgow

"To this day (at almost 40 years old, when I go down to Renton to visit the fam, mom usually has a couple maple bars in a container waiting for me.”"– Aaron O’Dell

"I've been going to Chuck's since elementary school and now I take my own kids there. I also buy 5 dozen donuts a month to share with the staff and teachers at my kids' school." - Jackie Cavins

"Chuck’s has ruined me for other donuts. When Krispy Kreme came to Issaquah years ago, there was major buzz. It only lasted a week, after which we were all more firmly Chuck’s loyalist than ever before.”"– Jimmy Jones

Growing up within biking distance from Chuck’s myself, the donut shop and nearby Hop In Grocery became a part of my own childhood. A common theme when talking about Chuck’s is the nostalgia that comes with it.

Kyle Walsh grew up in the Renton area, "My grandpa used to walk to Chuck’s every morning on days off and weekends and drove there once he got older. He and friends would chat over a maple bar and coffee at 5 or 6 in the morning. A picture of him used to be taped to the wall by the entrance of the old building before the teardown and rebuild of what’s there today."

"My grandpa would, of course, bring donuts home," said Walsh. "I, too, developed a love of maple bars from Chuck’s because of his weekend donut trips."

A trip down memory lane

Chuck’s remains a family-owned business and has had a series of different owners. But the original owner named Chuck O’Neil literally built the donut shop with his own two hands, from the ground up, with the help of family and the community.

Troy Krom is O'Neil's grandson and grew up helping in the original shop, "I called him Pa. I remember spending time in the kitchen with him learning how to cook and bake, making chocolates and candies."

When O'Neil opened Chuck's in the early 70s, it was actually a retirement project, "My grandpa worked as a bakery salesman. He was well-known in the baking community and when he retired, he decided to open Chuck’s."

According to Krom, the original donut recipes that we’ve all come to love came from Chuck himself, "When my grandpa sold Chuck’s, he made one thing clear: whoever purchased the iconic donut shop was required to stick to the original recipes."

O'Neil was a beloved grandfather to Krom, “He not only taught me how to cook, which I have to say I’m really great at, but he also taught me how to play poker. On Sundays, he’d host family dinners, not just for the family, but the neighborhood, as well."

Chuck’s has had a couple of makeovers but has remained in the same location over the years. It’s a special place where memories continue to be made and donuts enjoyed.

"I'm sure my grandpa would have a great sense of pride in his legacy," said Krom.