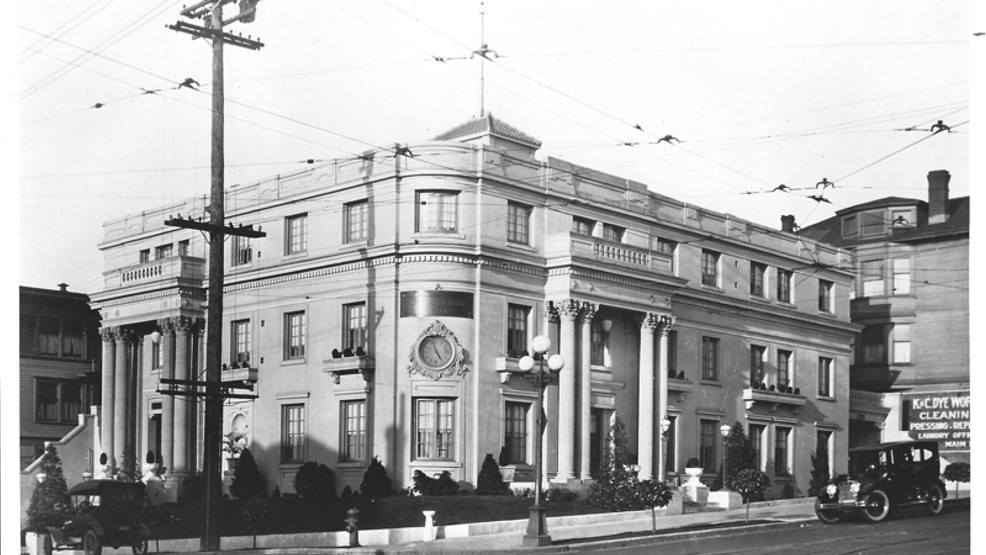 Almost every Seattleite or martial arts fan knows you can visit Bruce Lee’s grave at the Lake View Cemetery just north of Volunteer Park. Fewer people know they can enjoy a craft beer, cocktail or a fantastic pizza in the chapel where his funeral was held.

Although the interior looks a bit different than it did for Lee’s funeral in 1973, 1600 Melrose Avenue in Capitol Hill is still seeping with relics of its past. The Pine Box now lives in the old mortuary that was once owned by E.R. Butterworth & Sons Family Funeral Business.

Step inside The Pine Box today and you’ll notice subtle hints from its former life. The current tabletops are made from tongue and groove cabinets from the basement of the funeral business. The benches and booths are old church pews from the mortuary’s chapel.

Aside from the name and interior relics, The Pine Box pays homage to its past through menu items. Try out a Corpse Reviver cocktail made with rye whiskey, Lillet Blanc, orange liqueur, and Aperol Spritz. Hungry? How about a morgue-arita pizza, graveyard pizza, or a mausoleum pizza. We think any suits the theme just right.

Ian Roberts co-owns The Pine Box and said the menu often reflects not only the history of the building, but pays tribute to the late Bruce Lee, especially during the anniversary month of his death every July. You’ll find menu items and cocktails dedicated to the martial arts master and his films in addition to The Pine Box’s focus on serving great craft beer, always.

The Pine Box we know today almost didn’t exist. Roberts toured many locations when he was deciding on a location to set up a bar, and initially 1600 Melrose didn’t make the cut.

“We came across it, but we actually turned down the location at first because we didn’t see our vision fitting into the shape of the building,” Roberts said. “But we went home and slept on it, started thinking about the history, and I probably even watched a Bruce Lee movie. We eventually decided we gotta go look at that space one more time.”

Sold on the history of the building, The Pine Box set up shop in 2012. Initially, Roberts had evening bartending shifts and noticed something peculiar happening around midnight.

“It seemed like I thought I could always hear somebody say my name very clearly behind me,” Roberts said. “But I turn around and no one would be there.” Another bartender experienced the same thing.

“Everyone who’s worked here has different stories about what they’ve heard or seen,” Roberts said. “It ranges up to somebody who thinks they used to see like a lady walking upside down across the ceiling.”

Not long after Roberts opened The Pine Box, the last remaining Butterworth family member stopped by to deliver a stack of old photos of the building’s interior, exterior, and people who used to work there.

“It was super cool to see the history,” Roberts said. “We tried to return the pictures to him but we never got a hold of him ever again. Sometimes I think I just saw a ghost.”

Any ghosts seem to have moved on though, leaving plenty of room for us to move in to enjoy craft beers, cocktails, and pizzas that come with the motto “pie till I die” at The Pine Box.

As the pandemic has shifted business, Roberts brought in a canning setup to serve The Pine Box cocktails to-go, conveniently canned, and mixed fresh daily by skilled bartenders.

“It's nice to be able to take a good time to a park or to a beach, Roberts said. “The party doesn't have to just be within our own bar.”

Always serving killer beers, cocktails, and food, The Pine Box is a great place to enjoy some of the finer things in life.

The Pine Box is located at 1600 Melrose Ave. in Capitol Hill. It’s open seven days a week for dine-in, take-out, and online order pickup. Dine-in “Holy Hour” happens daily from open until 6 p.m. Want to support more small businesses like The Pine Box? We're proud to collaborate with Intentionalist, an online guide that makes it easier for you to find/connect with diverse local businesses owned by women, people of color, veterans, members of the LGBTQ community, and people with disabilities.