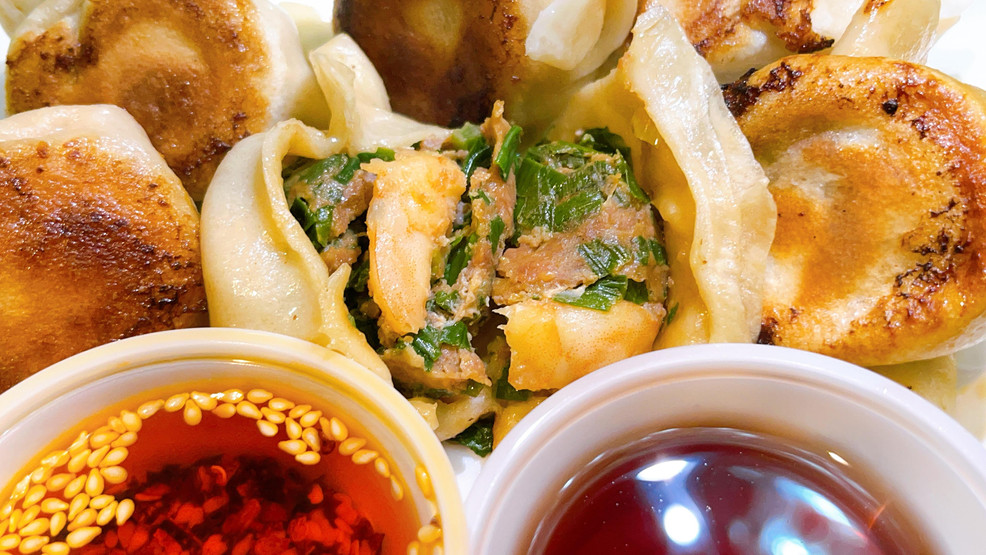 When Sen Mao booked a one-way flight from Beijing to Seattle, he knew his studies had paid off. Mao was on his way to study electrical engineering at the University of Washington. But before he left, he knew he had one last thing to study — cooking. Rather than doing what most of us did for dinner in college (cereal, sandwiches and takeout), Mao went to study the culinary flavors of China from an expert to get his chef certificate. During this course, he learned how to make two of his favorite dishes: dumplings and noodles.

Mao worked in Seattle’s dining scene throughout college and when he graduated, he branched off to start his own restaurant to once again focus on his two favorites. Enter Dumpling The Noodle, Wallingford’s incredibly satisfying Chinese cuisine.

"I really missed my hometown taste, the authentic flavors of northern China," Mao said. "So I decided to switch from making stir fry dishes, like I had been making in college, to making dumplings and noodles."

Mao has two types of noodles on his menu: lamen and rice noodles, both handmade.

"Lamen noodles are a hand-pulled, chewy, flower noodle," Mao explained. "By hand-pulling them, we make the noodles very chewy, which is quite different from machine-made."

When it comes to his noodles, Mao said the most popular item is the chili beef lamen. Or take it up a notch with the spicy, sour beef lamen soup.

As for the other house specialty, dumplings, Mao said there are typically two ways to cook them: fry or steam. But Dumpling The Noodle makes them in a different style. Mao uses his mom's method: pan-frying. This method is a perfect marriage of the two that creates a dumpling that’s perfectly crispy and fried on the bottom with a soft and steamed top.

"This way you have like two kinds of textures when you're eating," Mao said.

The classic pork cabbage dumplings top the best-seller list at Dumpling The Noodle, with the bulgogi beef dumplings not to be missed.

It’s no secret this place can perfectly crimp incredible dumplings and hand-pull phenomenal noodles, but there’s something else to the menu worth noting. Mao and the team have dedicated almost half of the menu to vegan items.

"It can be really hard to find vegan Chinese food in Seattle, so we wanted to change that," Mao said.

With highlights like "chili the garlic" tofu lamen and bok choy mushroom dumplings, vegans will be delighted at Dumpling The Noodle. It’s not uncommon for the vegan dishes to be the seasonal stars of the menu, like the new eggplant and brussel sprout dumplings.

In its new, larger space at the corner of 45th and Wallingford, Dumpling The Noodle has spacious booths that Mao said are designed for groups.

"We want to stay as family-friendly as possible and we don't want to have small tables that are too crowded," Mao said.

Don’t have time to dine in? Dumpling The Noodle sells frozen dumplings to enjoy at home with an accompanying YouTube video with cooking instructions, where Mao shows us how to perfectly pan-fry dumplings.

As for the name, Mao said it was simply something fun he came up with.

"It kind of doesn’t make any sense, but I converted ‘dumpling’ into a verb to catch people’s attention," he said.

Consider us caught on these dumplings and noodles that showcase some of Northern China’s best flavors and textures.

Dumpling The Noodle is located at 1723 N 45th St. in Wallingford and is open Tuesday through Sunday. Check the restaurant’s website for hours, online orders for pickup or delivery, and reservations.

Lauren Allain is a freelance journalist from Seattle. You can connect with her here.