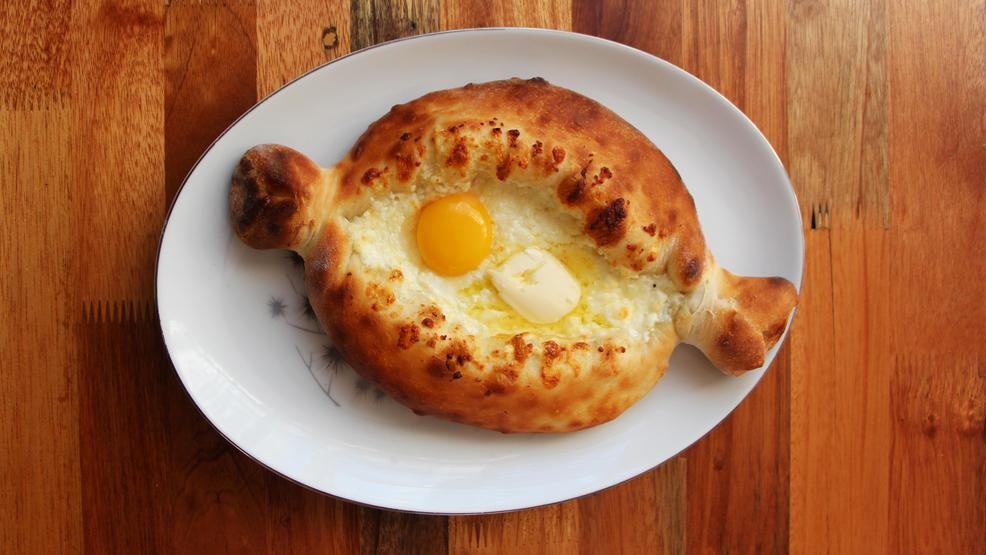 It sits on a busy corner of Capitol Hill, yet it feels cozy, comfortable and like a living room.

This is Dacha Diner, a humble restaurant earning national acclaim.

"The whole idea that a national publication and that anyone would've strolled in here and looked at this menu with our little mirror and handwritten signs, that it's up there with any of these other competitors, it's kind of mind blowing," said Tom Siegel, co-owner of Dacha Diner.

Dacha Diner was one of Bon Appetit Magazine's 50 Nominees for its Best New Restaurants list. Recognized for its painstaking approach to creating authentic Eastern European and Jewish cuisine.

"We are picky about what goes out. If it's not good enough for us to eat, it won't pass the kitchen and we'll remake things. Everything is made from scratch in an almost absurd way at times. We work many, many hours creating this food and we're open for very limited house because we want everything to be like it's homemade," explained Tora Hennessey, co-owner of Dacha Diner.

Tom Siegel and Tora Hennessey are partners in business and life. They founded the ultra-popular Independent Pizzeria in Madison Park, but Dacha Diner is a decidedly personal endeavor.

Siegel's grandparents are from Eastern Europe and he spent time living and eating in both Prague and New York City's Borsch Belt.

"I'm incredibly surprised at the support and love the community it has brought. And not just one community, I'm talking about all the communities this touches on whether they're Russian or Jewish or Georgian. It's overwhelming and really special and I didn't know that was going to be a happy accident that we fell into. It's been really cool," said Hennessey.

[Award-winning Seattle lunch spot serves only 24 people a day, & it's gonna be your new fav]

There's another key member of the Dacha Diner Family, co-owner Joe Heffernan. He and Tom traveled all over Eastern Europe, training with bakers, chefs, even grandmothers to ensure the authenticity of each dish. There's one that has quickly become a crowd-pleaser - The Khachapuri.

"The Khachapuri, is Georgian, some people call it Georgian pizza or a Georgian cheese boat, [but] there's all kinds of different explanations for it. We didn't really know what it was until we actually ate it years back but when we had it we thought this is unbelievable and we should produce this. This is something we haven't even seen in the U.S. and it's something that deserves credit because it's so delicious," said Siegel.

"The Khachapuri is visual, it's beautiful but I think it's got the universal appeal of freshly baked bread full of a molten lake of cheese. It's hard to argue with that. They're rich, they're intense and the kind that we make here also has an egg yolk and a pat of butter on it so it's next level," explained Heffernan.

The dough is somewhat similar to pizza dough but it's enriched with a few kinds of dairy and a blend of cheeses so it's a little softer. The Khachapuri is finished with a big pat of butter and an egg yolk, barely cooked in the oven. The key is to mix the filling together, creating a creamy, cheesy sauce.

Move over pizza - the Khachapuri is so rich and flavorful and is truly something to behold. I don't know why this dish isn't all over the place, but I know it's unbelievably delicious and that I need more of it in my life.