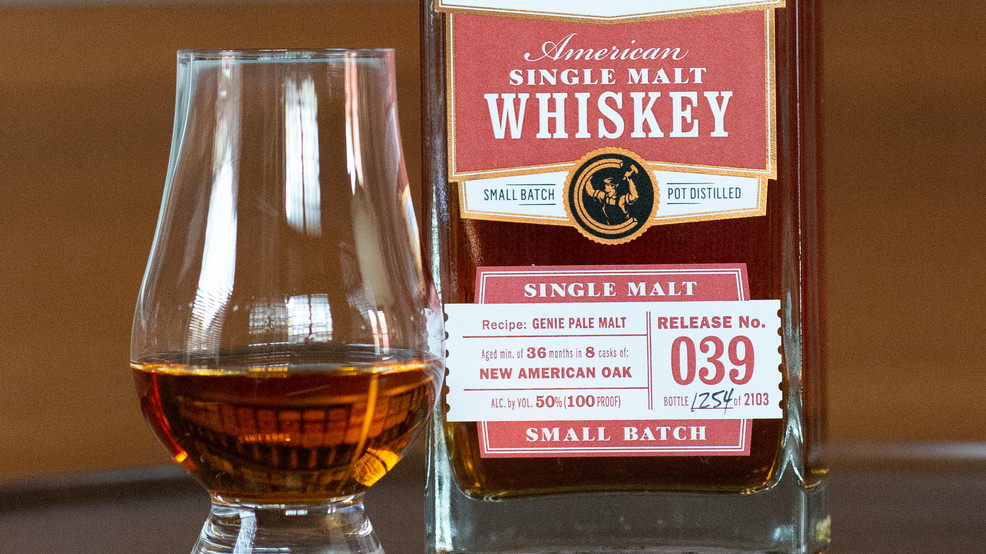 "We are proud to have developed the nation's first Salmon-Safe certified whiskey because it demonstrates that great whiskey can be produced using environmentally-sound farming practices without affecting the price or quality of the product," said Jason Parker, co-founder and president of Copperworks Distilling Co.

The Alaskan Way venue's whiskey is made using a single variety of malted barley from a family farm in Walla Walla that is Salmon-Safe certified, meaning it has a number of land management practices in place to protect water quality and wildlife habitat for our native fish indicator species.

Parker and Micah Nutt, friends who have been homebrewing together since the early 90s, realized that great brewing could be the beginning of great spirits. In 2010, they distilled some of their homebrew on a pilot system and discovered it tasted delicious — and also distinctly different from traditional whiskey.

Fast forward to 2011, when the pair formed the distillery with the plan of producing high-quality craft beer (without hops) and then distilling it into premium spirits. They commissioned four copper stills to be handcrafted by Forsyths, the leading stills manufacturer in Scotland (these stills were built specifically for Copperworks' distilling process and the spirits they intended to produce).

In 2013, Copperworks opened the doors to its distillery, tasting room and retail store on the Seattle waterfront. Since then, the company's spirits have won several local, national and international awards, and they were deemed "Distillery of the Year" in 2018 by the American Distilling Institute.

Quality and taste accolades aside, Parker emphasized the importance of creating "the nation's first Salmon-Safe whiskey."

"Salmon-Safe is a certification that farmers, vineyards, campuses and other lands can qualify for if they demonstrate a commitment to protecting the water, biodiversity and stewardship of good farming," he said. "The mission of the Salmon-Safe certification process is to transform land management practices, so Pacific salmon can thrive in West Coast watersheds."

"For farms near salmon habitat, Salmon-Safe Certification indicates that the farm utilizes practices that protect the stream, water quality, biodiversity and overall health of the land. Those protections, in turn, protect salmon living in those streams," he continued. "In the case of distilleries, when a farm grows barley on a field certified as Salmon-Safe and a distiller uses that barley to produce their whiskey, the distiller can classify the whiskey as Salmon-Safe."

Parker said that such practices supporting environmental protection and promoting strong communities are a fundamental part of Copperworks' philosophy. They are dedicated to minimizing water usage, energy consumption and waste production throughout their operations, and they've focused on partnering with small farmers and using and promoting locally-grown malts.

Other examples of Copperworks' sustainable business practices include their copper stills being heated by energy produced from a sustainable, non-fossil fuel source called "biomass" (essentially clean waste wood), which is renewable and doesn't add new carbon to the atmosphere. Copperworks installed a 500-gallon cooling tower on top of their waterfront location to minimize water usage in their distilling process. The tower enables them to re-circulate and re-use the same 500 gallons of water to produce each batch of spirits in a continuous loop — dramatically reducing the amount of water required by the distilling processes.

When asked some of the biggest challenges of operating their business, Parker said it's worthwhile to note that producing Copperworks Salmon-Safe certified whiskey was no different than producing their other whiskeys.

"The brewing, distilling and barrel-aging processes are the same," he said. "The difference is in using the Salmon-Safe certified barely. This validates our initial theory that great whiskey can be produced using environmentally-sound farming practices without affecting the price or quality of the product."

Thankfully, they are not alone in taking action to protect water quality and wildlife habitat in tributaries across Puget Sound.

"There are many farms, vineyards, wineries, breweries, golf courses and other projects that are Salmon-Safe certified, and we hope that number continues to grow," Parker said.

"We're hopeful that our Salmon-Safe certified whiskey will raise awareness in the distilling community, and beyond that, there is an opportunity to produce great whiskey while protecting and improving the environment."