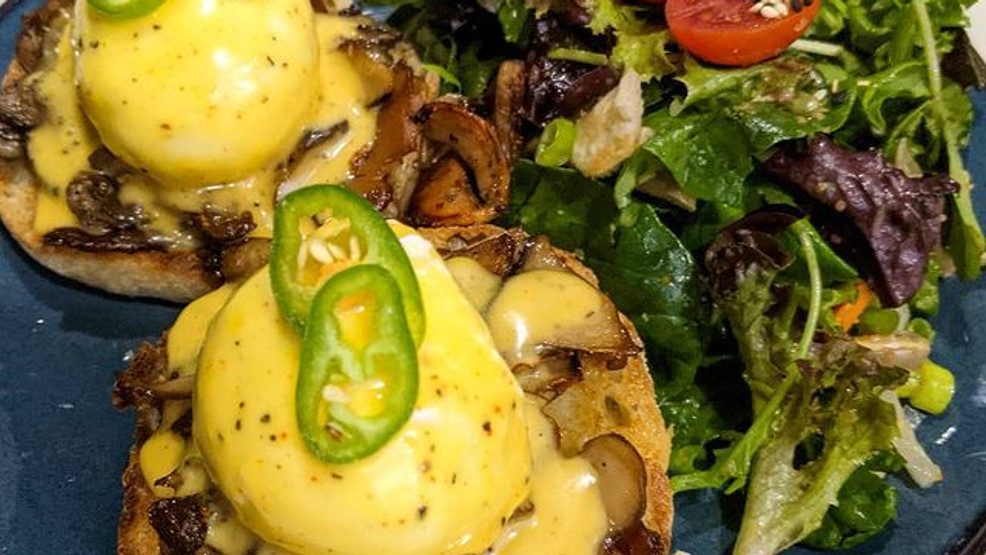 Life is too short to eat anything less than fantastic. Just ask Watson, the Maltese-Yorkie and namesake at Watson’s Counter in Ballard. He’s a big fan of living the life he wants. His human and owner of Watson’s Counter, James Lim, feels the same.

Lim opened Watson’s Counter in 2019 with the dream of serving all the stuff he enjoys eating and drinking. We have this dream to thank for the rave-worthy plate of poutine and incredible orange rosemary latte at Watson’s Counter, among others.

With a history in the coffee industry, Lim set out to open a community-centric coffee spot using local ingredients. The emphasis was always on making drinks that Lim himself would enjoy drinking. The concept eventually came to include dishes, too, with influences that span the globe.

“We’re not just providing great coffee, which we are, of course. But we’re also providing great customer service,” Lim said of his mission for Watson’s Counter. “We’re providing a place that people want to gather and hang out.”

With a menu that includes Hawaiian loco moco, a fried chicken sandwich, eggs benedict with from-scratch hollandaise sauce, and chicken and waffles, it’s really no mystery why people want to hang out at Watson’s Counter. It’s pretty much mandatory to try the cereal French toast that’s served with an orange rosemary whipped cream. But other menu items are not to be missed, like the K-poutine, cold soba noodles, and taking home a jar of the house-made kimchi.

Lim and the team at Watson’s Counter are committed to making each dish superb. This includes details like using the best ingredients from local sources to reduce their carbon footprint. It also means making hollandaise sauce several times each day, something almost unheard of in the restaurant industry since it’s a time-consuming and finicky task.

This same quality is a thread in the coffee at Watson’s Counter, too. The team uses Seattle’s Anchorhead Coffee and gets chocolate sauce, caramel, and chai from a small Redmond operation. Other seasonal coffee drinks like a pumpkin or gingerbread latte come from sauces made in-house.

“For us, it’s a matter of bringing accessibility, especially when it comes to great coffees,” Lim said. “So many people think of coffee as dark-roast diner coffee.”

But the coffee Lim serves is far from the over-roasted stuff in most diners. Not only are the coffee and syrups local, the vanilla syrup at Watson’s Counter is a more sustainable take on the classic vanilla syrup.

“We serve fauxnilla, which is our analog to vanilla,” Lim said. “Vanilla is a very problematic ingredient worldwide, so I’m trying to keep things as positive as possible.”

That message shows in each dish and beverage at Watson’s. From the colorful French toast to the incredible Korean barbecue pork plate, Lim has thought through every ingredient meticulously.

“We try to do things to reduce our carbon footprint,” he said. “We try to keep money in the local economy and support local businesses.”

If Watson’s adorable caricature on the logo wasn’t enough to visit, the quality and thoughtfulness of the menu are sure to win over anyone’s taste buds.