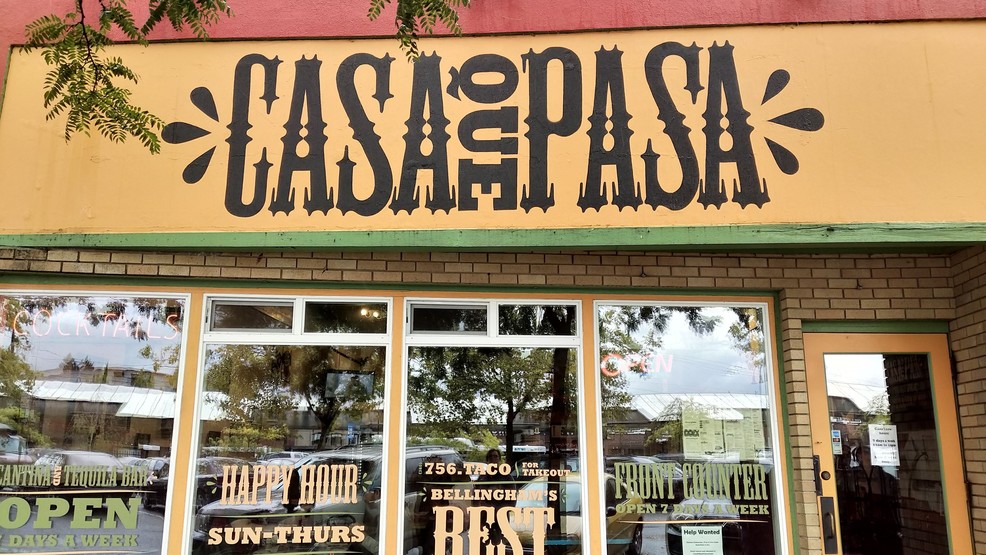 We know that every college town has a special spot that alums swear by, so we've hit the road in search of the best campus grub in the state! From burgers to burritos to pizza and wings. We discovered each state university has some serious bragging rights when it comes to food. Get ready to get your grub on! From UW to WSU, Central to Eastern - we have gone all around the state to show you the top foodie spots at each university.

"The burritos we make are huge, tasty and great comfort food," said Xandra, who works there.

Rumor has it if you go to WWU - this has long been the place for good food and a good time.

"I'm a big fan of our super-crunch burritos," said Xandra. "There's a vegan and black bean, and good vegetarian options. This is the best 'College Eats' in Washington because we serve the best, [and] the biggest burritos."

And if you're from the Bellingham area, you have definitely heard about the Potato Burrito.

"The potato burrito is enormous," she said. "It's about the size of your head."

Their famous potato burritos are about $10, so if you're carbing up for a track meet, recovering from a rough night out or just really hungry - it's hard to find more burrito for your money anywhere else.

"Their potato burrito is one of the best burritos I've ever had," said Conner, a local student. "There's something about the sauce and the potatoes that just makes it really nice."

The potato burrito is about 75% of Casa Que Pasa's sales. It's not surprising! Not only is it enormous and a great deal, it's delicious.