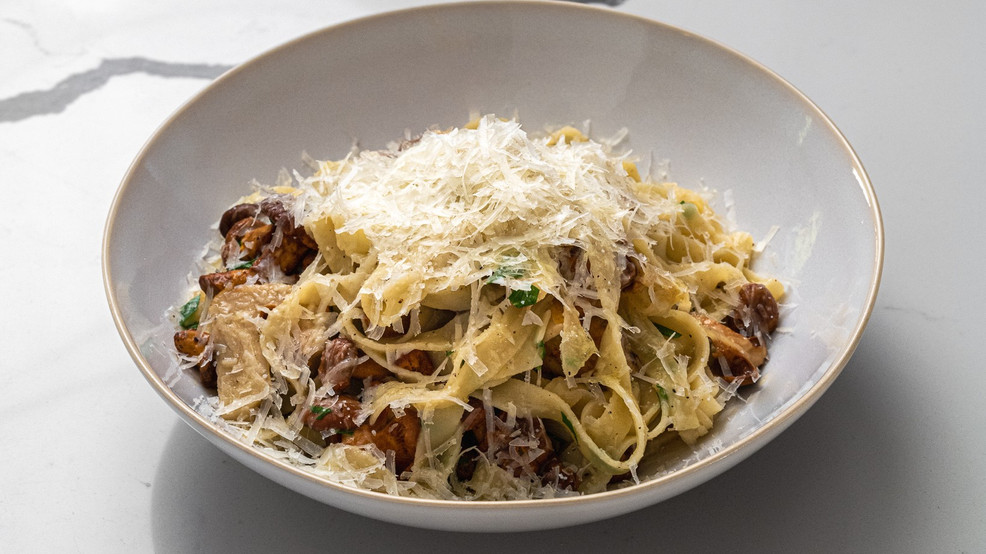 It's Childhood Cancer Awareness Month and to bring attention to such an important cause, Seattle Children's is partnering with Chef Ethan Stowell to dine on delicious food and donate to research.

Now through the end of September, all three Seattle Tavolàta locations (Belltown, Capitol Hill, and Stone Way) will offer a special menu.

This is a cause Stowell is honored to support and most importantly, bring attention to, "If we can get the word out and raise some money for Children's, that would be great."

"It's kids," said Stowell. "Cancer forces life to happen early and I couldn't imagine having to go through that."

Stowell had the pleasure of cooking up one of the special menu items with 10-year cancer survivor Emerson, who is now 15 years old and full of life.

According to the Children's patient blog, Emerson was diagnosed with high-risk neuroblastoma, one of the deadliest cancers.

"Emerson was in danger because the large tumor had pushed her heart and lung to the side. We went into survival mode and started learning as much as we could about the disease," said her mom Brei Haywood.

It turned out the nation’s leading neuroblastoma specialist, Dr. Julie Park, happened to be working at Seattle Children’s.

After more than 100 nights in the hospital over a 15-month period, chemo, surgery, a stem cell transplant, and so, SO much more - Emerson is in the 50% of kids who survive neuroblastoma, "She participated in a research trial of immunotherapy that became the standard of care for kids with high-risk neuroblastoma, due to its success rates."

In addition to the special menu offering, donations can also be made at all Ethan Stowell Restaurants through September with the purchase of a Seattle Children’s whale icon.

Here are the menu highlights for Tavolàta: it's $125 for two people - with 20% of the cost of the meal donated directly to the Pediatric Cancer and Cellular Therapies Research Fund at Seattle Children’s.

See the donation link here and thank you for dining on such a meaningful matter to our community.