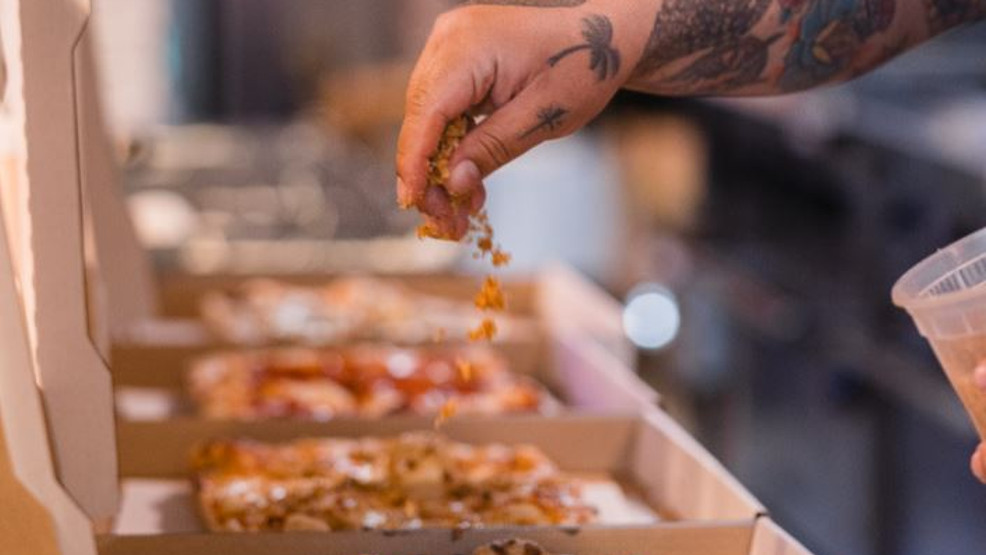 Chachi's PNW is making its mark on Seattle's pop-up scene

What do Anthony Bourdain and Chachi have in common?

It could be their love of food. Or more to the point, the connection between food and community — wherever and whatever that community happens to be.

But for that seminal moment in Chachi's (Charles Midencey) life that led him to work as a cook, you need to go back to when he was a 15-year-old watching Bourdain's "Parts Unknown" at a friend's sister's house.

"We'd get stoned and put on 'Parts Unknown', and I was in shock that I was watching a 'chef' show," said Chachi. "On this episode, Bourdain was smoking hash and getting wasted in the Middle East. Immediately I fell in love and thought, 'This is what chefs are like?' All I had ever seen before were the cheesy cooking shows where they talk to you like you're an idiot. After that, I was hooked."

Fast-forward and Chachi is putting his mark on Seattle's pop-up scene with Chachi's Pizza, recently turned Chachi's PNW. For him, the ride to get here has been an adventure with one underlying attitude: invest in the community you're in.

Since those early days working retail jobs like selling cell phones at Best Buy — "I was fired for not upselling accessories" — Chachi has been cooking all up and down the coast, Los Angeles, San Francisco, Portland and now Seattle. After landing in Seattle, Chachi cooked at several places in the city, including the Thompson Hotel, where he recalls the family-like nature where everyone there truly loved working with each other.

"It's the restaurant I left that I've kept in most contact with old co-workers," he said, including his right-hand man for the pop-ups, and now Ethan Stowell Restaurant's line cook Brandon Medina. "A lot of genuinely good people worked there."

Then came the pandemic.

Although Chachi had been toying with the idea of going out on his own, seeing jobs in the restaurant industry (including his own) dry up overnight, he knew he had to move forward with his pop-up plans.

"It was a real pull the trigger kind of moment," he said. So, Chachi's Pizza was born right when the first shutdown happened.

He rolled up his sleeves and, with the last of his money, bought 20 baking pans at $10 a pop and just went for it.

"I started using my apartment oven and selling them out the front door," Chachi said. "I was storing food in an empty apartment and community refrigerators because of a lack of space. On the day of pop-ups, you'd just see me with a luggage trolley pushing around the apartment complex collecting my mise en place and dough from different refrigerators."

Xonatia Lee, a customer of Chachi's from those early days, remembers his passion and grit from the very start.

"My boyfriend and I went to his first pop-up, which is basically Chachi grilling pizzas in a parking lot in the cold of winter," said Lee. "He came to our car to give us his famous Chachi's pie, and I remember him being so excited to hand us our pie and telling us about his new pizza oven and how he's finally able to get the perfect crust that he wanted."

Chachi has moved on from those early days slinging pies out of his apartment, but as he looks back, he is still surprised that people were into buying pizza off Instagram at an apartment complex in the middle of Ravenna.

"People want my pizza," he said. "It still completely blows my mind that I sell out every single pizza event and that people keep coming back. It's a total blessing that I don't take for granted."

There's a reason Chachi's pizzas sell out so fast (pre-orders for Chachi's pop-ups typically drop on Instagram four days before the event). A traditional 9x13 Detroit-styled pan pizza might start off with pepperoni and ricotta but quickly turns into a mouthwatering slice with Calabrian chile purée, honey, fresh herbs and roasted sesame seeds.

Chachi is known to play around with his recipes — it's one part of the job he loves the most. Take, for instance, "The Chateau." This creation starts off with cheese and salsa verde, topped with confit potato and smoked black cod, seasoned with shallots, chives, fried capers and finished with a bit of crème fraiche.

Today, you can find Chachi's pizza, burgers and burritos pop-ups in various spots around town, including Good Day Donuts, Manolin and The Mountaineer Club — and with a nod to those early days in his apartment building, The Counter in Ravenna.

Chachi practices what he preaches and can often be found around town supporting other cooks at their own pop-ups.

"In the community, I'm very much for giving and lending a helping hand," he said. "Personally, I feel investing in your community is the best move."

Outside of his pop-ups, Chachi is eyeing plans to open a brick and mortar soon. As he narrows down the location between Capitol Hill, the Central District and Lower Queen Anne, there is one thing of which he is certain.

"As far as industry goes, it wasn't too long ago that I was a cook myself," he said. "So I'm trying to change the standard in this flawed industry and make it normal to give better pay, have insurance and not make it the biggest deal when a cook wants a little time off. Life's short. We should be here to enjoy it."