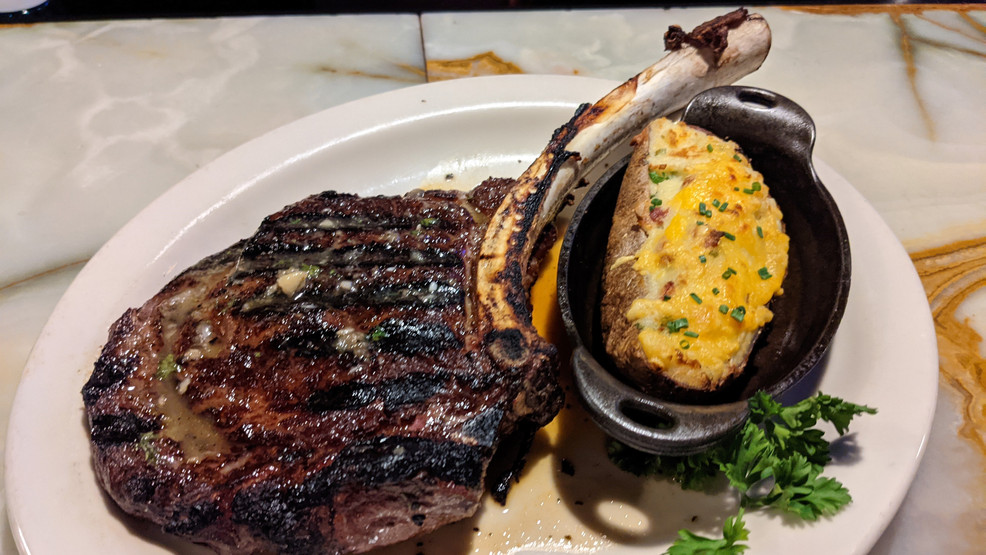 With the twice wicked baked potato, you're removing the inside, frying the skins to give it a nice crisp texture, and stuffing it with a mixture of potato insides, bacon bits, butter, seasoning, onions, and cheddar cheese.
SEE MORE

There's so much to love about potatoes, but they are more than delicious and colorful. They contain a ton of health benefits from the skins to the inner core. They're also very versatile in recipes. You can create many dishes with this great vegetable. You've probably had baked potatoes before, but have you ever had a twice wicked baked potato? If not, you're missing out. Chef Todd Leggett, chef for Daniel's Broiler-Leschi, shares how to make this fantastic recipe as well as some of the health benefits potato skins offer.

The star of this recipe is the Russet Bakers potato. Russet potatoes are high in antioxidants, which help delay cell damage. Not only does the skin add to the overall flavor, but it also contains a high level of nutrients, vitamins, minerals, and fiber that most Americans don't get enough of in their diets.

Usually, with a baked potato, you place it in the oven for a few minutes. Then cut it open and add your favorite seasonings. But with the twice wicked baked potato, you're removing the inside, frying the skins to give it a nice crisp texture, and stuffing it with a mixture of potato insides, bacon bits, butter, seasoning, onions, and cheddar cheese. Are you salivating yet? Check out the video for more details on how to make twice wicked baked potatoes at home. You can also find the recipe below.

Chef Todd Leggett has over 20 years of leadership and menu development experience and has held many positions with Schwartz Brothers Restaurants, including both front and back of the house positions.

Todd grew up on the eastside of Bellevue. He began his culinary career at Schwartz Brothers Butcher Restaurant as Chef and then moved to Chef position at Daniel's Broiler-Leschi. There, he held Sous Chef positions for the Woodmark Hotel with Two Roads Hospitality as General Manager of The Beach Café and Bin on the Lake. Todd also spent time as a manager at Daniel's Broiler-Downtown Seattle and Daniel's Broiler-Bellevue. When he's not in the restaurant, Todd enjoys visiting local farms and spending time with this family.

Chef Todd is a culinary genius in creating recipes that will leave you satisfied and dying to learn how to make it at home. His twice-baked potato is just one of many.

The Washington State Potato Commission provided funding for this content.