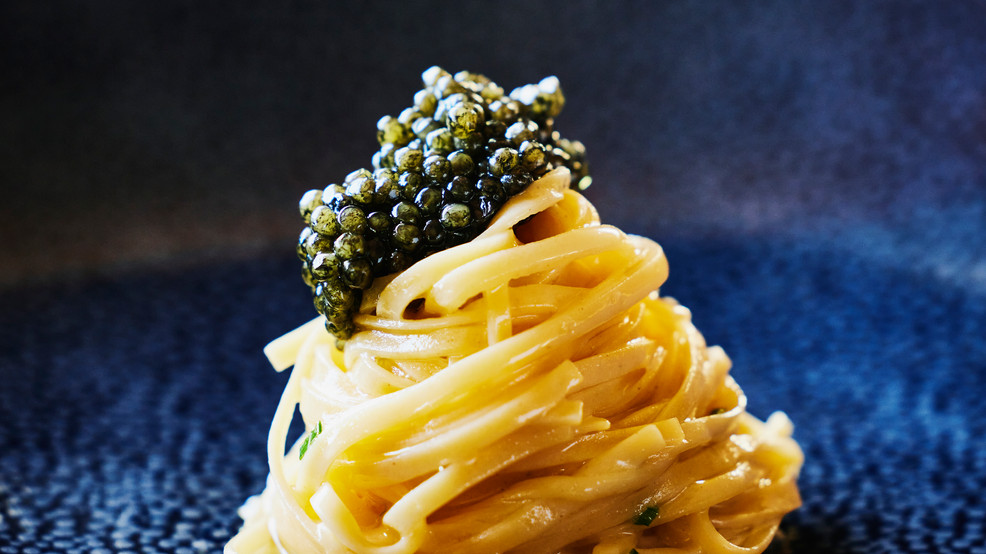 20 years of elegant excellence at Cafe Juanita in Kirkland

The Juanita neighborhood of Kirkland may seem, on the surface, a strange place to go for destination dining. Yet, this suburban area, a half-hour from Seattle, is home to what is almost universally considered one of Western Washington's finest restaurants.

"If Michelin gave stars in Seattle, there's no question in my mind that Cafe Juanita would have one, possibly two. It's just at that level and has been for a long time," said Providence Cicero, a former Seattle Times restaurant critic.

Chef Holly Smith opened Cafe Juanita in the spring of 2000. In the more than 20 years since, the restaurant has received countless awards and accolades, at the same time becoming a go-to for those looking to celebrate life's most special moments.

"Cafe Juanita's great skill is that while it's a very high-end restaurant, it's a very relaxed place. So, it's elegant, but not at all in a stuffy way," explained Cicero.

"It feels like your house or your neighbor's house, so you relax more," said Smith. "I hate looking over and seeing people eating bread with a fork and knife. I'm like 'pick it up'! We would prefer to see you lick a plate than be too fancy."

An East Coast native, Smith got a degree in political science before deciding to go to culinary school. After arriving in Seattle, she spent five years working for Tom Douglas at the Dahlia Lounge. It was Douglas who first encouraged her to consider the old house, which at the time housed a more traditional Italian restaurant, when she was looking for spaces to open her business.

"It was serendipity. It just happened. It was the right place at the right time," explained Smith.

Now, it is quite literally Holly's house. Smith bought the property in 2014 and completely remodeled it, doubling down on her love, not just of the space, but of Cafe Juanita itself, which remains her one, and only, restaurant.

"I've worked with some pretty amazing professionals and at the same time, (Smith) is on her own level because she's very capable in every arena. She's not just focused on the culinary side of things. She's a business owner and operator. She's very savvy. She's super focused on hospitality and the guest experience," said Alexandra Stang, General Manager and Wine Director at Cafe Juanita.

"It feeds a lot of different parts of my personality. I like being the owner. I like being the boss. I like working with, and on, a team. And I like making people happy. So, I would like to feed you," explained Smith.

That decidedly Italian approach makes sense given, at Cafe Juanita, Smith and her team showcase the cuisine of northern Italy.

"I had the pleasure of being taken to northern Italy by my mom when I was in my early 20s, maybe 19, and I just felt like somebody had been hiding Heaven from me," said Smith, with a smile. "I love the area. The other thing about it for me is that it makes sense somewhat because the climate is so similar. We share so many similarities -- foraged mushrooms, wine grapes, trout in the river, hazelnuts. All sorts of stuff. There's a lot of comparison to be made between northern Italy and the Pacific Northwest."

"The level of care they take in the housemade pastas, the bread they make, the variety you get in the bread service. It's just astonishing the meticulousness of everything that comes out of that kitchen. You know it's been 22 years...but there will always be something new," explained Cicero.

The continued evolution in the kitchen has been mirrored by the restaurant itself. Back in 2009, based on feedback from guests, Smith moved Cafe Juanita towards a more high-end dining experience.

"(Guests) wanted to be celebrating their birthday and their anniversary here. They wanted bottles of wine in a range that was wider than we had begun with and I think range is really important. They wanted a little bit fancier stuff," recalled Smith.

Coming out of the closure for the pandemic, Smith made another change, making Cafe Juanita tasting menu only. Now, the restaurant offers four tasting menus, omnivore, pescatarian, vegetarian and vegan, with room to customize each and add additional courses.

"I'm happy to say we've gotten better and better, but we haven't changed that we're striving every day to get better. I've never felt like we were any place that I'm like, 'this is it'," said Smith. "This may be the closest to it, but there's still a million things to do. I can always imagine we can get a little bit better."

While food is always a focus at the restaurant, it is not the sole focus. Equal, or perhaps even more, weight is placed on the guest experience.

"Hospitality is the why. We talk about it," explained Smith. "Everyone is empowered to do whatever they believe is the right thing to make your experience the best."

"Sometimes that's literally sitting down at the table and making sure it feels good," added Stang. "We get to really go deep on the details and pull ourselves into the nuances of the guest experience."

Cicero recalled a story from a night she was dining at Cafe Juanita where the staff went above and beyond.

"A gentleman was at the door. He wanted to make a reservation for his anniversary to surprise his wife. He couldn't remember though, which anniversary it was. The host at the door asked, 'do you remember the year'? He took off his wedding ring and the year was inside the ring," said Cicero.

"I mean, it's that level of detail. It's amazing. Not many restaurants are willing or capable of doing that."

A focus on the details, willingness to go above and beyond and determination to push for greatness. Yes, over the course of some two decades Cafe Juanita has certainly evolved, but, ultimately, the mission in this house remains the same as the day Smith first opened the doors.

Smith says, "Cafe Juanita... is a team, dedicated to trying their hardest to make your evening amazing. Genuinely. That's what I'm most proud of about us."