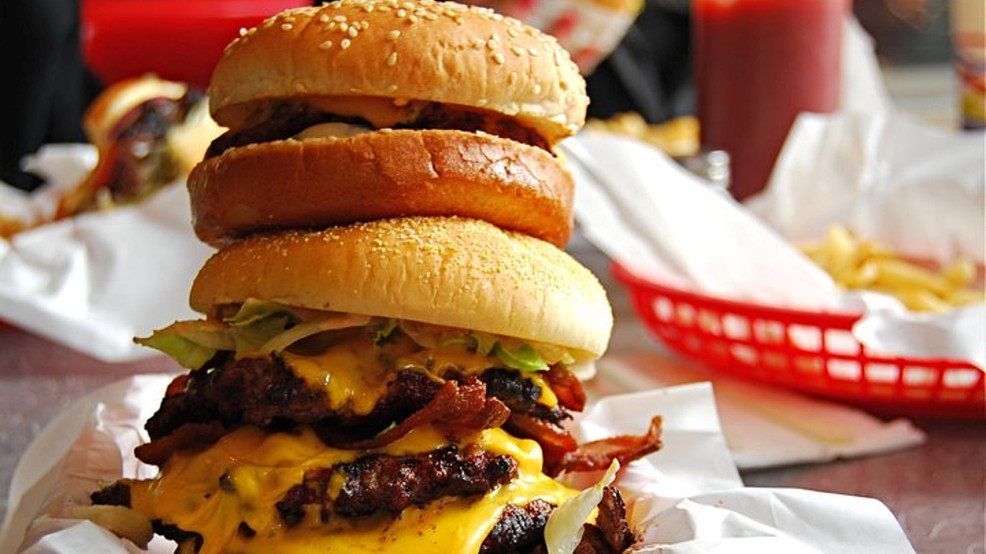 10 places to get your burger fix in the Seattle area

What makes a good burger? Is it the patty, pickles, lettuce, tomato, onion or some sort of secret sauce? Is it all of that combined?! I'm not sure, but my mouth is watering just thinking about it.

Here in the Pacific Northwest, we are lucky to be surrounded by some dang good restaurants serving up really freakin' good burgers. If you're looking to get your fix or try something new, here are 10 places to get a burger in the Seattle area:

OK...I lied. I am going to technically include 11 burger joints on this list because it would be criminal *not* to include Dick's on a Seattle area burger list. This iconic Seattle-based burger chain has been serving up burgers since 1954, and it still holds up today. I mean, if you've ever had a Deluxe, you know what I'm talking about.

Fill up on good eats at here like the Burgermaster, ground beef, American cheese, tomato, lettuce and relish on a toasted bun. Their menu has a large variety of other burgers, sandwiches, shakes and fries, as well.

Located off Highway 9 in Snohomish, you can't miss King Charley's with its bright gold and purple paint job. The drive-thru has been family-owned for nearly 50 years.

In 2017, Thrillist's "National Burger Critic" Kevin Alexander named the Tavern Burger from Loretta's Northwesterner as his fourth favorite burger on his 100 Best Burgers in America list!

Ray's Drive-In
1401 Broadway, Everett, WA
Featured: Looking for comfort food right now? Try one (or all) of these burgers

Ray's Drive-In first opened in 1962 by Ray Campbell. Today the place is run by his grandson, Jeff Doleshel. Even after all these years, they still boast of offering the city's best fish and chips, burgers, fries, onion rings and shakes (made with real ice cream).

If there's one item here that's a MUST ORDER, it's the Big Max Burger (just think: two patties, caramelized onions and smoked cheddar cheese on a fresh toasted bun with pickles, secret sauce and more) — a burger some believe is the best in the city.

Everything here, from the orange root beer barrel sign outside the restaurant, is huge. Even the lowly cheeseburger is bigger than most fast food chains' large burgers. And the ice cream shakes? A mountain of goodness.

Sam's Tavern
Locations in South Lake Union, Redmond and Bellevue
Featured: We found the most insane Bloody Mary in the city

This spot in Seattle's Eastlake neighborhood has burgers starting at $12. Their Lisa's Hot Mess burger is a hit, including a patty, spicy peanut sauce, cheddar cheese, BBQ sauce, bacon and a fried egg on a toasted bun.

Shake Shack has more than 100 locations, including in Seattle, with the first location opening in the heart of South Lake Union in 2018. The ShackBurger is their staple. 100 percent all-natural Angus beef topped with cheese, lettuce, tomato and their signature ShackSauce.