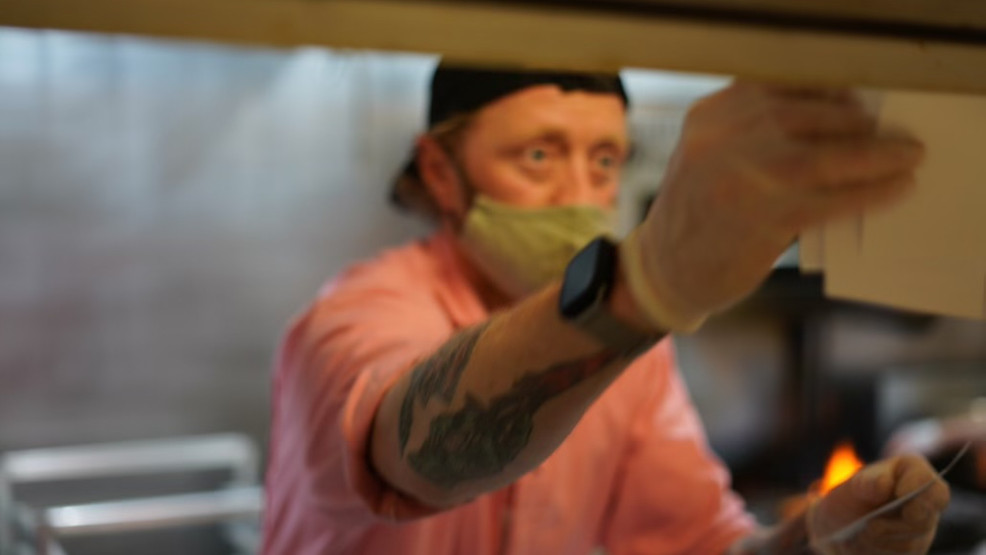 Keep vigilant for a Bigfoot sighting! We're talking about Bigfoot Longs hotdogs, a legendary treat you don't want to miss.

Geofrey Redd is the founder and chef behind Bigfoot Longs: hotdogs that are creatively and deliciously made. So what led Redd to his standout creations? It wasn't a traditional path, "I grew up on a farm in the countryside of Georgia, my grandad raised cattle, corn, peanuts, and cotton."

Redd joined the Navy in 2002 and spent five years as a combat medic before receiving his degree in graphic design from The Art Institute of San Diego. After working in construction and the graphic design industry for a few years, he then moved to Seattle in 2015.

With a career change in mind, and inspired by his dream of becoming a chef one day, Redd decided to try gaining experience in the restaurant industry. Starting as a dishwasher and eventually working his way up to line cook and sous chef, Redd worked in a variety of establishments around Seattle such as Jones Brothers & Co. and Rider (Hotel Theodore).

When Redd took a trip home to Georgia a few years ago, his dad displayed a sort of food cart to him, "It really wasn’t a hotdog or food truck, it was like a square trailer, and he had built a back end on it that he could set a grill on. This idea helped me in the way where it put something in the back of my mind."

After more brainstorming, Redd said, "If I was going to do hotdogs in Seattle, it would have to be a special hotdog."

Combining his experience in both fast food and fine dining, Bigfoot Longs was officially launched in February 2020, and Redd held his first pop-up event on Capitol Hill, which sold out.

What makes Bigfoot Longs so unique is the size, variety of bread, and toppings they offer, combined with the specialty fries and ice cream that Redd also makes. Toppings include jalapeno relish, pickled red onion, Beecher’s cheese, and Ballard Mustard & Co Classic. His menu items include the Seattle Sasquatch and the Italian Chili Cheese dog.

Don’t skip the ice cream on the menu, "To get my ice cream going, I use a hand-spun ice cream maker, so I have to load it with ice and fill it with the base and spin it for about 15-20 minutes," he says.

Redd credits his friend and fellow restaurateur Jon Green (owner of Wooden City) with helping him perfect and learn his hotdog craft, and Chef Dan Mallahan (known for Alki Beach Pub & Eatery) with teaching him to make bread. Redd also learned recipes from other chefs he worked with and utilizes his knowledge to create his artistic and tasty menu.

Most recently, Bigfoot Longs was a pop-up at the Alki Beach Pub & Eatery in West Seattle, where he served footlong hotdogs, specialty fries in the spirit of poutine (fries with stuff on them) and ice cream.

"Every dog and pint comes with a free sticker and I also have hats, screen-printed t-shirts, and sweatshirts,” Redd says.

"I like to be able to do and showcase all of my favorite types of art and food. I love baking bread, all of my buns are currently baked by me. I love pickling things and doing big projects that take all day and making the smell of amazing items like Bolognese and onion jam. I love illustrating, and do all of my food drawings and design my own menu. I also love creating my yarn pieces, so being able to design artwork to fill the interior spaces makes me very happy, as well. I’m also very much into fashion and like designing my merch,” he says.

Watch for Bigfoot Long's to pop up at Rose Temple on March. 13. Where will you find Bigfoot next? Here's a head start: