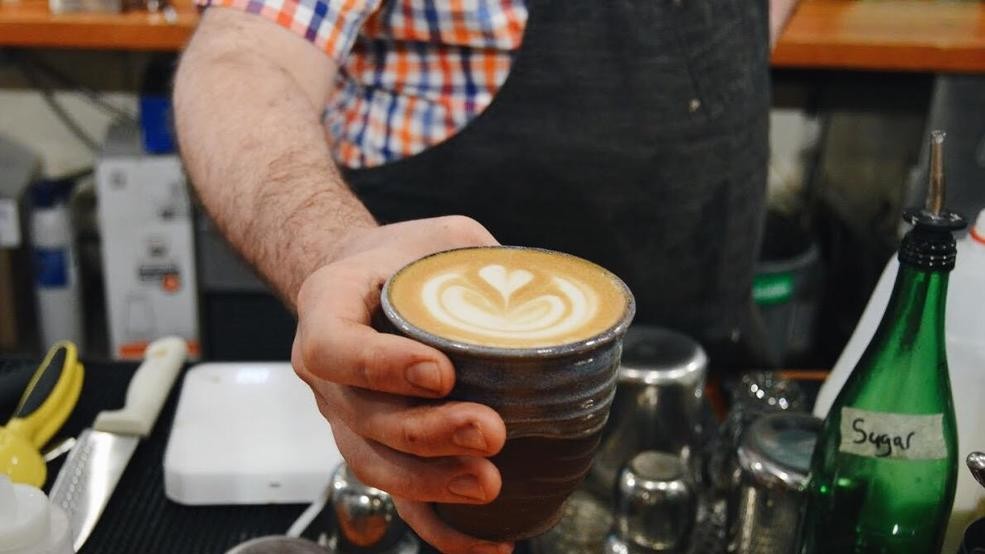 Bye bye almond! See ya, soy! Oat milk will have Instagrammers swooning and baristas beaming behind the counter - and it's appearing at more and more cafés around town.

Bon Appétit said it best - oat milk is “basically the cashmere sweater of winter drinks” and I couldn’t agree more. It's the first milk alternative I've tried where I was instantly hooked. In fact, I’ve since ignored almond milk as an option. The flavor is mild, which allows the coffee taste to stand out, and the creaminess reminds me of what I would get in a beverage made with whole milk (or dare I suggest a brevé)!

It’s a vegan’s dream and a dairy lover’s best compromise.

But - what is it really? It's made pretty similarly to your common nut milk. Oat milk is produced when steel cut oats are soaked overnight, pulverized, and strained through a cheesecloth. The result is a full-bodied liquid that's thick enough for super intricate latte art.

This means it's easy for baristas to steam and pour while you get the aesthetically pleasing foamy lines atop your beverage that beg for your camera’s attention. And to think - it looks just as good as it tastes! You can enjoy it in other ways as well, as it works wonderfully in cold drinks or simply to replace the cream in your drip coffee.

Oh but that's not all! Oat milk is beneficial in many other facets; oats are vegan-friendly, soy-free and lactose-free, so anyone and their dietary restrictions can enjoy. And above all, it is much more environmentally-friendly than its almond counterpart, for example.

Yes, I think the world of alternative milk is set to change. While it’s relatively new in the repertoire of American cafés, it has been a staple in Sweden for years. In fact, most cafés that serve the drink use Swedish brand Oatly, who have been perfecting their recipe for the past 25 years. The brand was introduced to the U.S. a couple of years ago to specialty coffee shops and is now growing quickly in popularity and innovation.

At cafés like Ghost Note Coffee in Capitol Hill, the game-changer of a drink is allowing baristas to be more creative with their holiday offerings like “Oatnog”—an oat milk-based spiced concoction without the guilt of traditional eggnog. El Diablo in Queen Anne is reasonable in their up-charges, allowing the decision-making process to choose oat over your usual a lot easier.

Think you’re ready to give it a try? You’re certainly going to be close to one of the twenty or so cafés with oaty offerings in the greater Seattle area. Find one easily with this map. Fair warning, the extra charge for the upgrade will vary with location, but be assured that every penny will be worth it. At least to try it out.

But get ready to make it a habit, because oat milk is taking over.