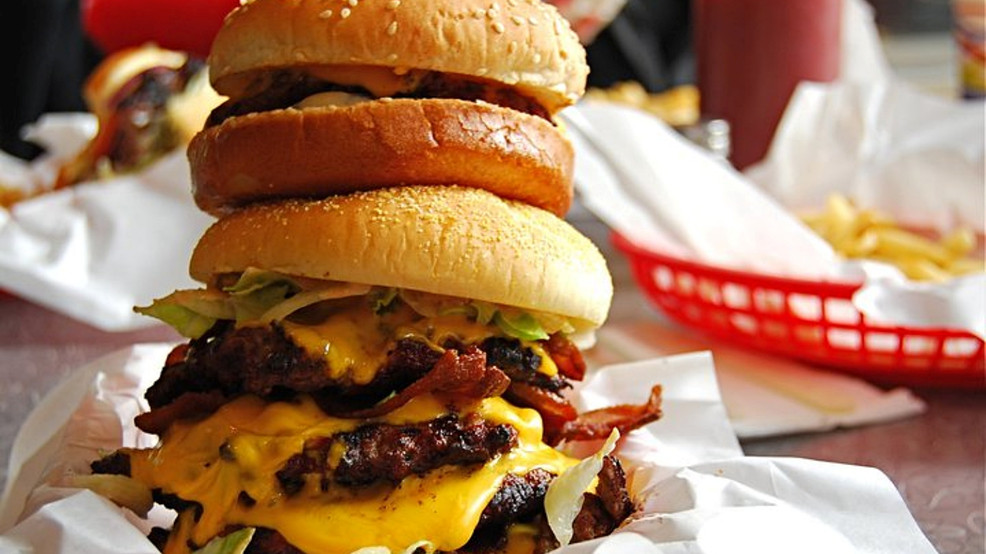 Looking for comfort food right now? Try one (or all) of these burgers

Dining out has a whole new meaning for families these days in the form of the drive-thru.

It seems what Seattleites are really craving right now is comfort food — like burgers! Look around you. Local mom-and-pop hamburger stands are more popular than ever these days. The prices are often lower, the quality of food better and by giving them a visit, you're supporting a local business. Sure, you may have to wait a little longer for your meal, but you've got nothing else to do these days, right? And, it's truly worth the wait.

Here's a roundup of some of the best places in the greater Seattle area to get a good old-fashioned burger, fries and shake. Due to COVID-19, we recommend that you visit each restaurant's websites for their current opening and closing times, as well as any changes to their menu.

You probably saw Zeke's Drive-In when you last went skiing or were coming back from Leavenworth's Oktoberfest. Located in Gold Bar, Zeke's Drive-In is one of those places you typically stop at either on your way to or from a destination. This hamburger stand first opened in 1968 by Earl "Zeke" Wells and his wife Nancy, who created the Honeymoon Burger Special, loaded up with a half-pound burger and fries so large that it could be shared by two.

Zeke's menu is one of the most extensive on this list. In addition to burgers (which includes ostrich or garden varieties), you'll find a collection of hot dogs, sandwiches, fish and chips, fries, onion rings, kids meals, ice cream cones and milkshakes that go beyond the basic chocolate, vanilla and strawberry flavors with unique takes on rhubarb, espresso, peanut butter and more!

Located off Highway 9 in Snohomish, you can't miss King Charley's with its bright gold and purple paint job. The drive-thru has been family-owned for nearly 50 years, and even during the best of times, the system is always the same. Place your order at one window and then drive around the building and pick up your food on the other side. If you go, you might have the pleasure of meeting super-friendly Mikayla Diaz, who will surely brighten your day.

While the burgers at King Charley's are wonderful (there are eight to choose from), their wavy fries are pretty much the best thing ever. You'll also find other side options like deep-fried mushrooms, corn dogs, fish and chips and milkshakes. Dining al fresco isn't only popular — it's the only choice. Bright purple picnic benches are spread out on the grassy property. On a good weekend, you might find a car show or plant sale set up, too.

It's hard to believe, but some Everett residents are still not familiar with one of the city's longtime treasures. Located off Broadway in downtown, Ray's Drive-In first opened in 1962 by Ray Campbell. Today the place is run by his grandson, Jeff Doleshel. Even after all these years, they still boast of offering the city's best fish and chips, burgers, fries, onion rings and shakes (made with real ice cream).

In addition to the classic type of burgers you'd expect to find, Ray's offers a few surprises like the Swiss and mushroom burger with ranch dressing, the crispy chicken club with Swiss and American cheese and popcorn shrimp and chips. If you have a crowd at home to feed, consider the Family Fish Box (with 18 pieces of hand-dipped Alaskan Cod), Family Chicken Box (with 16 chicken strips) or the Family Shrimp Box (with two pounds of crispy popcorn shrimp).

You can drive-thru Ray's, but many people prefer to place their orders standing in line.

Zippy's Giant Burgers is the youngest burger destination on the list, converting a small teriyaki place into their first location in 2008. Since then, the place has received consistent positive reviews (and a bigger location). Unlike other places, Zippy's grind their own beef fresh every day and hand-form each and every patty before char-broiling them to order.

Everything here from the orange root beer barrel sign is huge. Even the lowly cheeseburger is bigger than most fast food chains' large burgers. And the ice cream shakes? A mountain of goodness.

Burgermaster is the oldest local burger chain on our list. Phil Jensen opened his first drive-in back in 1952 near the University of Washington. Today, it's Phil's children who run the five locations, four of which still operate with the model where you dine in your car. Simply pull in, look at the menu billboard and turn your lights on and car hop (with a mask and gloves) will be with you shortly.

While the service is about the same as it was over 60 years ago, the menu has grown. Their burgers are made with grass-fed beef and the Alaskan codfish and chips are breaded in-house. You can't beat a combo meal with burger, fries and a soft drink/milkshake (the root beer milkshakes are the best). But if you are feeling more adventurous, you might want to try the grilled crab and Swiss sandwich or the Turkeymaster served on grilled sourdough. And what other drive-thrus can you find real slices of apple pie?

Of course, we couldn't possibly not mention Dick's Drive-In, the iconic burger chain in which Dick Spady opened the first location on 45th Street in 1954. Today, there are seven locations all doing business the same way: "get good food in a hurry and pay a lot less."

Dick's made headlines earlier with their donation of 2,000 burger boxes — which ended up sending a whopping 48,000 burgers to local hospital staff and first responders with the help of customer donations.

For the most part, the only thing that has changed on the menu over the years is the prices. The menu is small, and you can't customize your burger. This might ruffle some feathers, but the business model of Dick's is to make every one of their burgers the same way every time in a speedy fashion.

In addition to the Deluxe, Special, cheeseburgers and hamburgers, you'll find fries that are hand-cut and fried in sunflower oil (however, the Broadway location is substituting Tim's Chips for fries to keep their employees safe during the outbreak). They also offer hand-dipped vanilla, chocolate and strawberry shakes and ice cones and sundaes.

This spot in Seattle's Eastlake neighborhood has burgers starting at $11, "non-burger" sandwiches, soups, salads and other classic bar sides. You can pair your meal with an adult beverage, like cocktails or beers from their rotating tap menu.

Their Lisa's Hot Mess burger is a hit, including a patty, spicy peanut sauce, cheddar cheese, BBQ sauce, bacon and a fried egg on a toasted bun. Lisa on Facebook said "it's to die for!"

Hal's Drive-In, known for their original sauce recipes, has been serving up hot and delicious burgers for more than 60 years.

Located east of Burlington, Hal's Drive-In offers a variety of burgers, including toppings like avocado, Hawaiian/pineapple, onion rings, chili, jalapeno, mushroom and ranch/cheese. They also have a grilled sourdough burger, a Fifties Burger, Western Burger, Bruch Burger and so much more!

Hours are typically 10:30 a.m. to 7 p.m., but make sure to check out their Facebook page before visiting to make sure they're open!