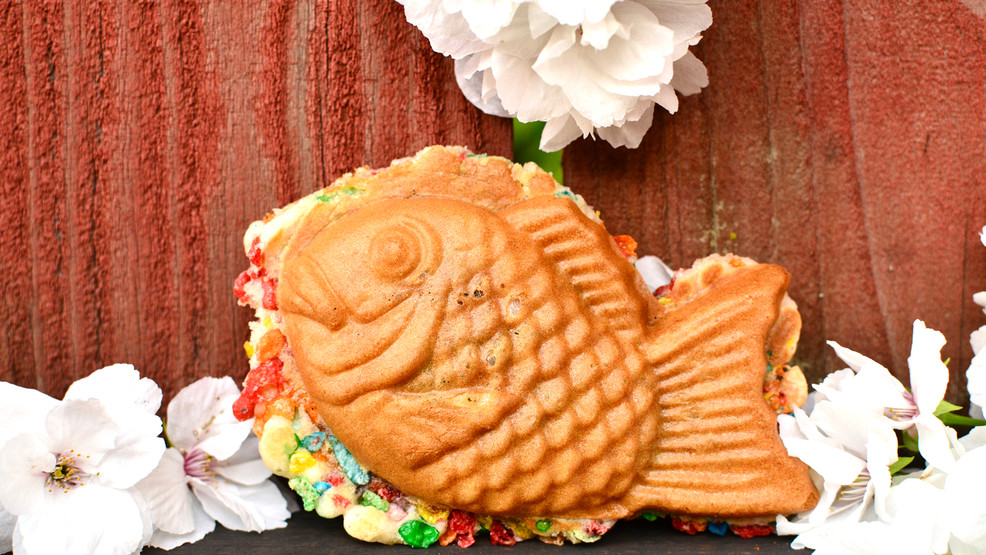 BeanFish: A modern take on the 'donut of Japan,' & only taiyaki food truck in U.S.

The only thing that could possibly be better than a stuffed waffle, is a stuffed waffle in the shape of a little fish, otherwise known as taiyaki, a Japanese fish-shaped, cake-like treat from the early 1900s.

"It's pretty much Japan's #1 comfort food, which you can virtually find on every street corner or at every train station in Japan," said Brady Woo, owner of BeanFish food truck in the International District. "It's kind of like the donut of Japan in terms of history and popularity - like the donut is in the States."

BeanFish is a reimagined, artisanal take on the Japanese culinary tradition and is the only taiyaki food truck in the United States.

Woo learned how to make taiyaki while living in Japan, where he ended up working in a small taiyaki shop helping a grandmother with her business.

"I basically just begged her to let me help because it was more productive for me when I didn't have anything else to do," said Woo. "I did it as a learning experience."

"The whole time, I was thinking 'taiyaki is really just a vehicle for flavor,' so I figured that one could stuff the waffles with anything," said Woo. "So over the last eight years, we've grown the menu from two fillings up to 17 or 18 - sometimes we do specials, so it can often hit 20 different sweet and savory fillings."

Woo's artisanal taiyaki even made it over to Japan, where they were featured twice on national television.

"[Japan] was blown away when BeanFish did savory taiyaki," said Woo. "They were freaked out because no one in Japan thought about doing savory taiyaki over the last 100 years."

Despite the initial shock, Woo said that BeanFish and its imaginative take on taiyaki has been well received in its culinary homeland.

BeanFish's success as Seattle's only taiyaki mobile food truck led them to lease a brick-and-mortar space that will be located in the Uwajimaya food hall in the International District. Woo expects the space to be up and running in six months.

“One reason for starting BeanFish was to keep the tradition of taiyaki alive - it's a dying art - and give other people the opportunity to try it,” said Woo. “We've created a unique product, and once people find out about it, they welcome their discovery.”

Want to support more small businesses like BeanFish? We're proud to collaborate with Intentionalist, an online guide that makes it easier for you to find/connect with diverse local businesses owned by women, people of color, veterans, members of the LGBTQ community, and people with disabilities.