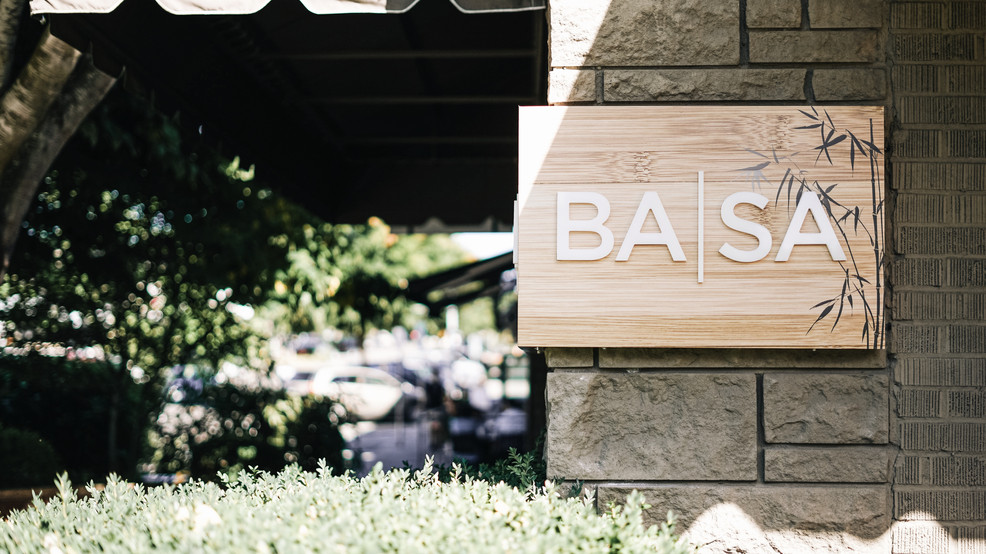 Ba Sa on Bainbridge Island is a celebration of community, by community & for community

"We like to think that Ba Sa is our creative voice when it comes to food," said Trinh Nyugen, co-chef/co-owner of Ba Sa, located in the heart of downtown Bainbridge Island. "We're Vietnamese so obviously it plays a really big role in who we are and what we create here. Then we incorporate a lot of Pacific Northwest ingredients into the food we have."

Trinh runs Ba Sa with her younger brother Thai, who brings classical French training to the kitchen. At the restaurant, the siblings showcase traditional Vietnamese dishes in a whole new light.

"We're the continuation of our parents and what they had to go through," explained Thai. "We just thought a lot of people in America haven't experienced what Vietnamese cuisine had to deal with, what it has to offer and what it can be in the future."

While Trinh and Thai continue to push forward, their perspective is shaped by the past, by their family's long, complicated journey from Vietnam to the Pacific Northwest.

"I was born in a refugee camp," said Thai. "So, I don't very much remember the whole struggle of coming to America. But, I do remember we were [living] in Rainier Beach in a one-bedroom apartment with five of us. My mom used to take me to the dollar store and I thought we were really rich because we could buy anything we wanted. And all I remember is my parents working from one restaurant to another."

After working in restaurants for years, Trinh and Thai's parents fulfilled a lifelong dream in 2005, opening a restaurant of their own, Pho T&N in Poulsbo.

"When we opened the family business it wasn't a choice. When the family opens a business, it started out as an obligation," recalled Trinh . "But, before we knew it, it became a part of life. It became a part of us. It was so rooted in us, the idea of opening [our own] restaurant wasn't even a question. We're like 'Darn it, we're becoming our parents'. I mean, we don't want that, but we're doing it."

At Ba Sa, Trinh and Thai are building on their parent's legacy while creating their own delicious vision for Vietnamese cuisine. Though everything they worked for was nearly derailed by the pandemic.

"The thing that put us where we are today is our resilience, our perseverance. Keep trying, not giving up, keep pivoting because that's the only thing we know how to do," said Trinh .

When COVID-19 hit, Ba Sa was still the proverbial new kid on Bainbridge Island's vibrant restaurant scene. Yet, the community rallied around Trinh and Thai. That support was never more evident than during the second shutdown, when Ba Sa needed to build outdoor seating in order to continue serving guests. An architect, construction company, scaffolding company and the city itself all came together to get the build out done in a month. The project itself was paid for entirely by an anonymous donor.

"The support was overwhelming," added Thai. "The amount of support, even through protests and anything else going on, like we were still here and the community was still supporting us. That meant everything to us."

Yes, the story of Ba Sa is told through each dish and every detail. It's one of family, of perseverance and, above all, of the will not just to survive but to thrive.

Want to support more small businesses like Ba Sa? We're proud to collaborate with Intentionalist, an online guide that makes it easier for you to find/connect with diverse local businesses owned by women, people of color, veterans, members of the LGBTQ community, and people with disabilities.