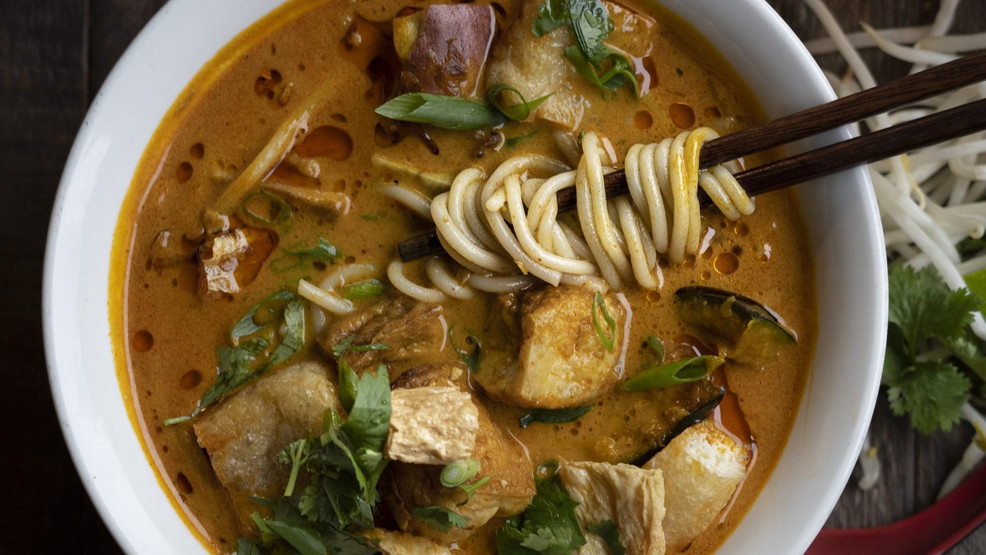 Eric Banh still makes a banh mi with the speed and precision of a chef who used to turn out 300-400 sandwiches a day.

"It's just like a martial art, playing piano. After a while, I can just close my eyes and slice that bread," said Banh. "To be good at anything, it takes a lot of practice: 5,000 hours. I've got more than that."

Banh has been a fixture on the Seattle restaurant scene for more than two decades. He and his sister Sophie opened Monsoon, serving modern Vietnamese cuisine since 1999. Then, they saw the need for a more affordable dining option and Ba Bar was born.

"I said I think we should sift towards street food style. That means noodles all day long, congee, vermicelli, pho... and you know we want to have something fun," explained Banh.

The idea turned out to be a hit. Ba Bar now boasts three locations around the city and just celebrated its 10th anniversary. At the same time, Banh is looking towards the future with a new plant-based, pop-up concept: Ba Bar Green.

"If you asked me 20 years ago, 'Can you make me a vegetarian dish?', I would've said, 'You must be nuts. I'm not opening a restaurant to make a vegetarian dish'. Truly how times change and I think it's okay to change," said Banh.

A takeout-only operation with a walk-up window at Ba Bar's South Lake Union location, Ba Bar Green is a collaboration between Eric and his longtime chef de cuisine, Chris Michel.

"I designed the menu to take traditional dishes or dishes that are really popular, such as Dan Dan Noodles or kimchi fried rice, and reverse engineer them so they're completely plant-based," explained Michel, who is both the chef and a partner in Ba Bar Green. "The one tricky thing with Asian food is often there's hidden fish sauce, hidden shrimp paste, a lot of hidden animal products in there. So, that's been a challenge to get those flavors in there without using the actual product."

Michel uses mushroom extract and seaweed extract, plus a couple secret ingredients to replicate those umami flavors. In the process, he has created a menu of plant-based street food classics like Lao Crispy Rice, Dan Dan Noodles and one dish that has quickly become a serious standout.

"The Malay Laksa. Traveling through Asia, it was one of my favorite dishes. Just a spicy coconut curry-based soup. Generally, it has shrimp paste as a base for your punch of umami, but we've developed our own red curry recipe for that," explained Michel.

"Oh my god, the Malay Laksa. I lived in Malaysia as a refugee kid over there and (Michel's) Laksa just blew me away," added Banh with a big smile. "Knowing it's vegetarian.... how is that possible?!"

At Ba Bar Green, the focus is on big-time flavor. While everything on the menu is plant-based, the hope is these dishes will be enjoyed by vegans, vegetarians and meat-eaters alike.

"Ultimately, I want (diners) to think it was a delicious meal, regardless of whether there are any animals products in there," said Michel.

"I want them to feel overwhelmed by the flavor and shocked by how good it is," said Banh. "I think a lot of people are going to enjoy it. Guaranteed."