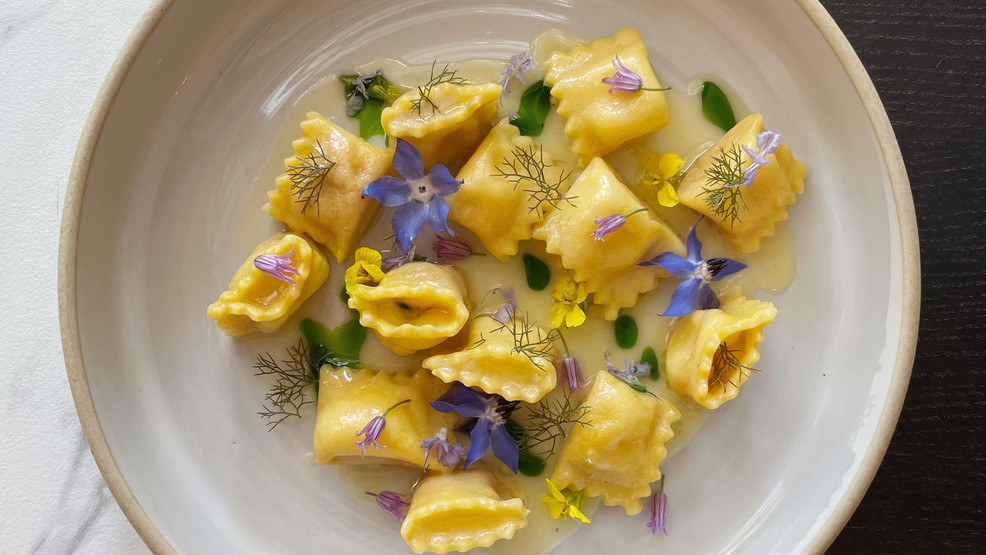 Give Autumn a visit this winter on Seattle's Phinney Ridge

As perhaps the most bountiful season of the year, Autumn is a fitting name for Brian Clevenger's cozy new neighborhood restaurant in Phinney Ridge.

"The whole idea with Autumn was: let's move to a new neighborhood and do what we do best. Stick to a lot of pastas, seafood, vegetables, but also do something a little bit different. Allow us to cook over the binchotan and allow us to highlight some more hand-rolled pastas in a smaller environment," said Clevenger, the executive chef/owner of Autumn.

Clevenger is the celebrated chef behind beloved Seattle restaurants like Haymaker, Vendemmia and G.H. Pasta Co. But with Autumn, he's taking a step back and letting chef de cuisine Nick Chiaro call the shots in the kitchen.

"This is the first restaurant I opened that I wasn't the chef of. That was hard. That was kind of scary for me. And I still struggle with it, I'm not going to lie. But, (Chiaro) makes it so much easier because the decisions he makes with regard to food, I already know those are the same ones I would make," explained Clevenger.

Chiaro spent time at award-winning restaurants in New York City, San Francisco and here in Seattle before joining Autumn. His style focuses, of course, on seasonality and on taking what he calls an 'Italian mindset' with each dish.

"That means using the (ingredients) at their peak, preparing them properly and then presenting them simply," explained Chiaro. "So, simply plated. But on our end, without the guest really noticing, there's a lot of technique in the food."

While you'll certainly find plenty of fresh pasta at Autumn (Chiaro says that was Clevenger's one requirement for the menu, and he was happy to oblige), he and his team are also playing with other influences -- from Mediterranean and North African to Chinese and Japanese.

"The really fun thing to do is use techniques from those areas, but then use Italian ingredients. Then, is it Italian... or is it? It's hard to differentiate," said Chiaro.

That approach is particularly evident in a black cod dish Chiaro prepared for Seattle Refined. The fish is glazed in a sauce made from black garlic, fish sauce, sherry vinegar and balsamic, then cooked over a charcoal binchotan grill.

"You really can't replicate the flavor you get from a charcoal grill on a gas grill," explained Chiaro. "The flavor you're getting is not from the charcoal itself. It's the drippings from the thing you're cooking on it hitting the charcoal. That little plume of smoke hits the protein or vegetables and adds the flavor to it."

Thoughtfully-prepared dishes are certainly a key element at Autumn. But so is hospitality and the entire dining experience. Chiaro said, at its core, this is a neighborhood restaurant, where Clevenger and the team hope guests will want to return.

"We just want to make people happy with the food we're making. The give-and-take is we're doing the food that makes us happy -- which, in turn, can make our guests happy," said Chiaro. "At the end of the day, I just want guests to leave here being like, 'I felt taken care of'."