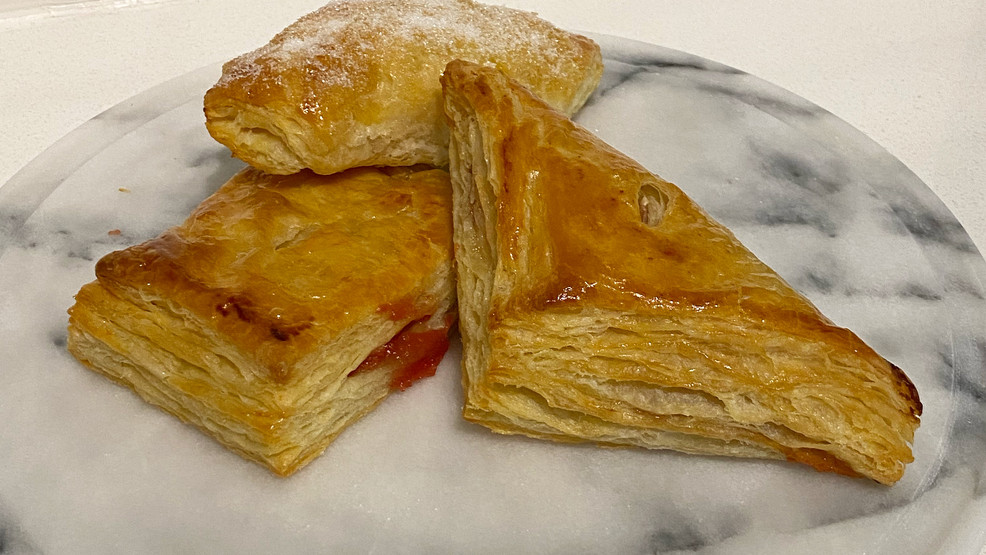 Packing to fly across the country is always a bit tricky. How many pairs of socks will be enough and is it gonna be 70 degrees one day and snow the next? But friends and family flying from Miami to Seattle to visit Miriam Cortẽs had an extra difficult task while packing. Cortẽs would request her guests pack along Cuban pastelitos. She grew up eating these pastries from the neighborhood bakeries and missed them immensely when she moved to Seattle. But when the pandemic began and Cortẽs found herself with no upcoming visitors, she tried making the pastries herself and eventually for all of us to enjoy at La Ventanita Seattle.

“During the pandemic, everyone kind of really realized the importance of mental health and a lot of people, myself included, had bouts of depression,” Cortẽs said. “What really helped me when my husband had to start going back to work was baking for him and his coworkers.”

With willing tasters, Cortẽs expanded her baking to include all of her favorites from childhood and found the Seattle community to be equally as excited about Cuban pastelitos as she is.

Her favorite? The pastelito de queso, made from flakey puff pastry, filled with sweet cream cheese and dusted with extra sugar for a delicious crunch.

“The cheese was always the first one to run out at parties when I was young,” Cortẽs said. “Growing up, that one was definitely my favorite because it has extra sugar on top.”

The most popular pastry at La Ventanita Seattle though has been the pastelito de carne. Combining ground beef with garlic, cumin, onion, and oregano, it gets a thin sweet coating for a perfect sweet and savory treat. Cortẽs also wanted to feature one of her favorite fruits in the pastelitos at La Ventanita: guava.

“Guava is hard to find here in Seattle, but I missed it, and it's really great to see people get excited about it, too. Guava makes an appearance in two La Ventanita treats: the pastelito de guayaba and pastelito de guayaba y queso which combines the fruit with sweet cream cheese. The menu always features these four staples but will also include two rotational pastries each month.

Growing up in Miami, Cortẽs would often savor these pastelitos with her family when they went to the corner bakery.

“A lot of the bakeries in Miami have a walk-up window where you could just order either coffee or pastries or sometimes even a sandwich and they just bring it to the window,” Cortẽs said. “It's a very community kind of thing and sometimes there would be a crowd of people outside that window and you could find out about the day's news or you could just chat up different people.”

La Ventanita translates to “little window,” bringing a touch of home for Cortẽs. “It’s my hope that when you have a pastelito from La Ventanita Seattle you feel that same connection to a community that might be far away, but will always be my home,” she said.

La Ventanita is open for online orders through its website with local pickup at 1740 1st Ave S in Seattle’s SODO neighborhood. Pickups take place on Saturday or Sunday between 10 a.m. and noon. Online orders close the Tuesday before pickup or when sold out. Keep an eye on the La Ventanita Instagram for information about upcoming market locations and dates.

Lauren Allain is a freelance writer for Seattle Refined. See more of her work here.