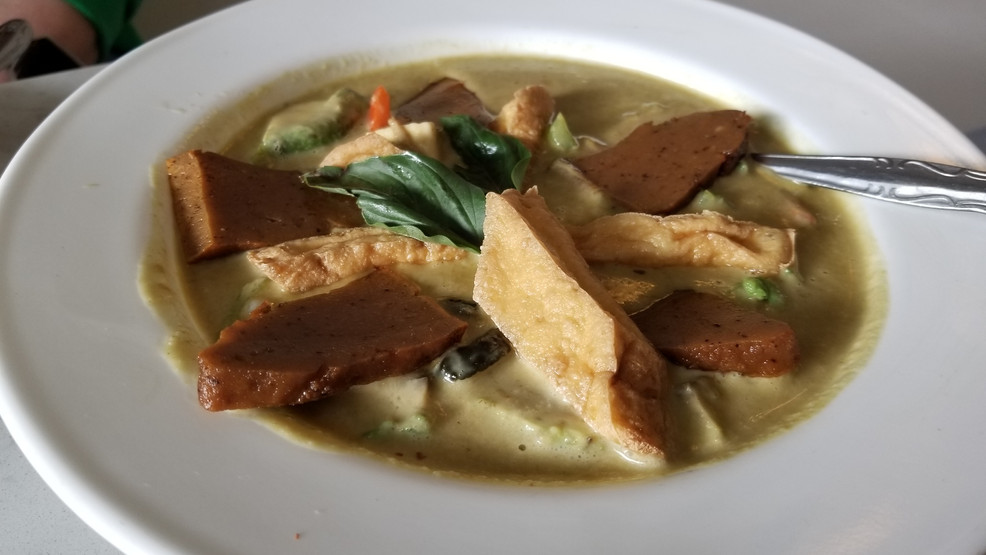 When Araya’s Place first opened in 1987, it was the only vegan Thai eatery in the Northwest. Araya Nualkhair, the family matriarch, had an MBA and was involved in hotel management before immigrating to Seattle, where her sister owned the Bangkok Café on Broadway.

"She wanted to open a vegan place because she is a Buddhist and doesn’t eat meat," says daughter Cheri, who is currently managing and operating the fourth iteration of the restaurant in the West Hollywood area of Los Angeles.

The restaurant features a variety of curries – including family favorite avocado curry – soups, and noodle dishes that are based on Araya’s own recipes, as well as fusion foods that Araya’s children have developed. The three Washington locations – Bellevue, Seattle in the U District on 52nd, and on Madison near the Arboretum – are managed by Araya’s son, Nap, who also develops all the dessert recipes. Before the pandemic, Araya’s Place had a daily lunch buffet, but now serves only a la carte for both lunch and dinner. They also offer catering.

While the last two years have been difficult for many businesses, Araya’s Place has managed better than a lot of them. They received a PPP loan for the three Washington locations, and landlords here were very generous in providing rent relief, says Cheri. The L.A. operation suffered a little more, and Cheri used savings, credit cards, and a small $15,000 grant to make it through. The rent for the L.A. restaurant that couldn’t be paid during the shutdown and subsequent slow-down all has to be paid back.

"It will probably take another 5 years to completely catch up," she says. "Inflation means you have to raise prices, but then people eat less or don’t come at all. We are lucky to have a very loyal and supportive clientele."

She says a local vegan page on Facebook often includes recommendations for people to seek out Araya’s for vegan cuisine.

That loyalty was also important when the restaurants had to change locations -- once in Bellevue, and three times in the U District, "Even with a brand, it can be like starting over."

Currently, the Araya’s Place restaurants are all having difficulty finding adequate staff. That is slowing down plans to expand further in the Northwest, and potentially to the East Coast, Cheri says. In the meantime, Araya is working on a cookbook, and you can buy some of their sauces from the restaurants. They are hoping to get those into supermarkets in the near future, too.

For now, they will continue doing what they have done so well for 35 years: enticing people, vegan and not, with family recipes.

"We are a very close family, and we love working together."

Araya’s Place is open daily from 11 a.m. to 3 p.m. for lunch and again at 4:30 p.m. for dinner. More information is available at arayasplace.com

Lisa Jaffe is a freelance writer for Seattle Refined. Follow more of her work here.