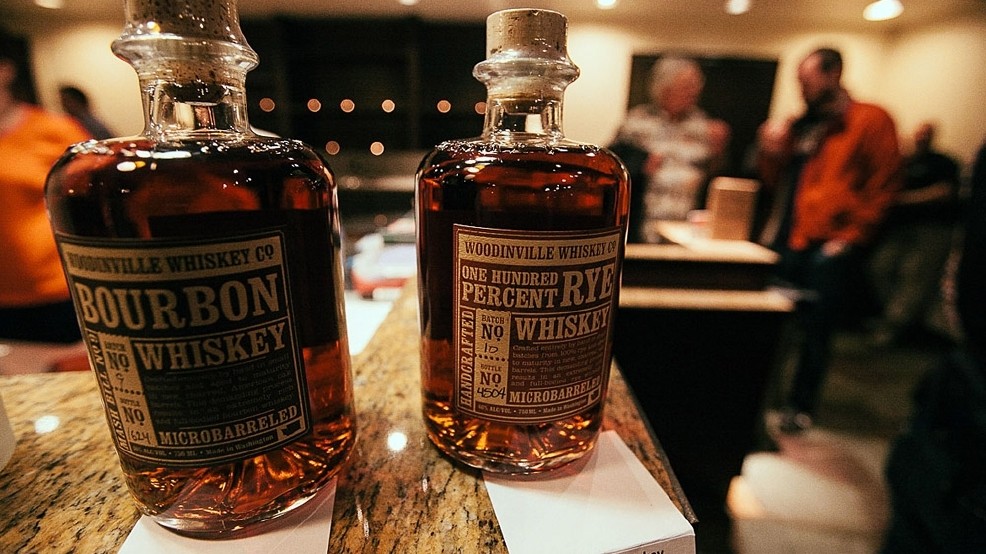 As the sun begins to make its first robust appearances in Seattle, I begin to crave some of my favorite whiskey drinks. Nothing is quite as satisfying as a sweet and spicy Whiskey Ginger on a sunny porch or sipping a nice, strong Manhattan while the sun sets.

Luckily, Washington has a blossoming distillery scene. Beer and wine took hold first in the state, but now new craft distilleries are popping up everywhere. Dedicated distillers are choosing local, organic ingredients and obsessing over the smallest of details.
That dedication is apparent in the wide range of flavors and complexity now on the Washington whiskey scene.

Here are five Washington whiskeys that are sure to have you coming back for more.

This full bodied bourbon whiskey has big vanilla notes with caramel, cherry and oak undertones. It's very sweet and a little spicy. Jamie Boudreau from Canon uses it in the delicious Alfonso XIII cocktail. It would also be great in a Manhattan.

This whiskey has an incredibly light color and smell. The taste is smoky, sweet and spicy. It would be perfect for sipping over ice. It's aged in unused white oak barrels and is made from malted barley, white winter wheat and malted rye.

This whiskey is made entirely at the Woodinville distillery. It gives you a warm sensation and has a sweet and spicy flavor with touches of vanilla and caramel. I would definitely use this one in my next Whiskey Ginger.

The whiskeys from Woodinville Whiskey Company are so good, they deserved two spots on this list. This rye whiskey is aged to maturity in small barrels and has a smooth and distinct flavor. It's a good whiskey for those who prefer less sweet and more bite.

The Battle Point Organic Whiskey from Bainbridge Organic Distillers smells the best of the bunch. It brings a big vanilla punch and a spicy aftertaste. It's named after a historic battle that took place on of Bainbridge's seven fingers of land that extend into the Puget Sound.