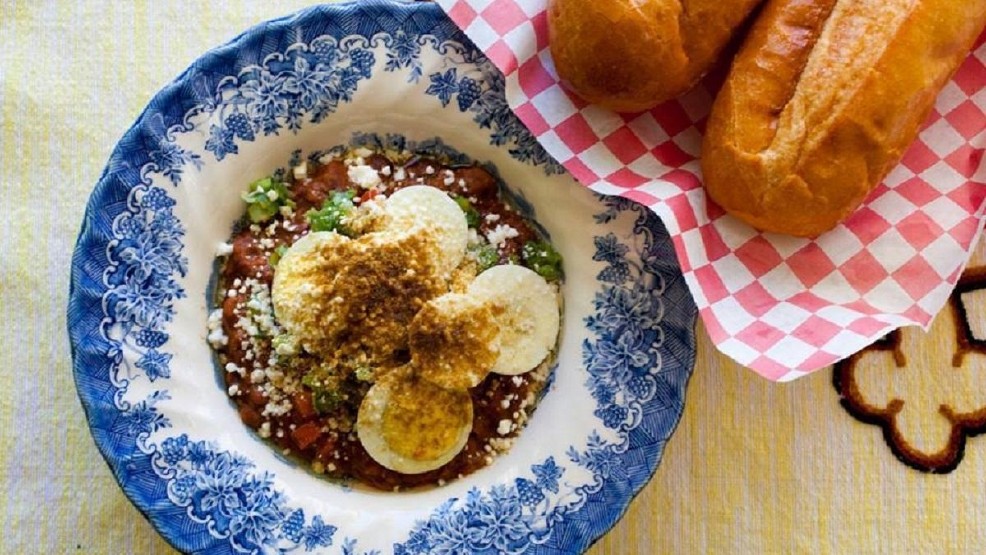 Seattle's long days and early morning sunshine make it easy(er) to wake up early, giving us extra hours to get in that pre-work run, neaten up the house, or (let's be honest here) eat a really killer breakfast. There is no shortage of savory brunch, no shortage of pastries, but to qualify as a great breakfast, it has to be available before 10 a.m., it has to be hot, and it has to satisfy an appetite (sorry, green juice).

Somehow, outside of traditional diner-style egg breakfasts, that's not as easy to find in Seattle as we, the eaters, deserve. Until that improves, I've put together a list of Seattle's best hot, savory breakfasts for you to dig into.

Warm beans, lightly pureed and heavily spiced, come to the table topped with serrano chilies, hard-boiled eggs, onions, tomatoes, and feta cheese. Foul dishes show up in various guises throughout the Middle East and parts of Africa, but the version at this Central District Ethiopian restaurant arrives with crusty bread that crackles crumbs into the beans as you mop them up and pairs nicely with a side of Selam's exceedingly friendly service.

Seattle and Hanoi both overflow with pho shops, but in Vietnam, where the dish hails from, it is a breakfast dish. By 9 a.m. the best pho purveyors are sweeping away stray onion skins and shutting down. In Seattle, they've barely put the broth on to boil, with a notable exception, and one that happens to be the best pho in town: BaBar. The curative broth, simmered for more than day, cures hangovers, the crisp vegetable garnishes and bright herbs snap the sleep from your eyes and the restaurant recently began serving it with fresh noodles, a serious improvement.

Egg Bake at The Fat Hen

If you can tolerate the line (present even at off hours on a weekday) the worst thing that can be said of that Fat Hen is that it might be oppressively-Instagrammable. The food, however, is near flawless, and the egg bakes (eggs, sauce, and cheese, plus various meat and vegetable options) steal the show. Poached eggs slyly leech flavor from the sauce, while lengthy strings of cheese connect bread (the proper utensil for eating it) to the individual skillet below.

For many years, I considered Marination Mobile's Spam sliders to be the peak of sandwich perfection. But when the same folks started serving breakfast, they might just have improved upon them: the breakfast version subs out the canned lunch meat in favor of house-made Portuguese sausages. Instead of the slaw (those pesky vegetables) the Nunya sauce mixes with the rich yolk of a fried egg. But that sauce and the sweet Hawaiian style bun, the mainstays of the sandwiches, stay the same.

Throughout Beijing and other parts of China, street vendors commonly spend their mornings tending to egg pancakes on a giant round griddle. Sadly, those jian bing makers don't frequent the streets of Seattle. But the Pike Place Market stall by a chef known more for his noodle prowess than his crêpe skills turns out as good a version as I've found on the West Coast, slathered with sauce (spicy, if you want to do it right) and wrapped around a savory Chinese doughnut.