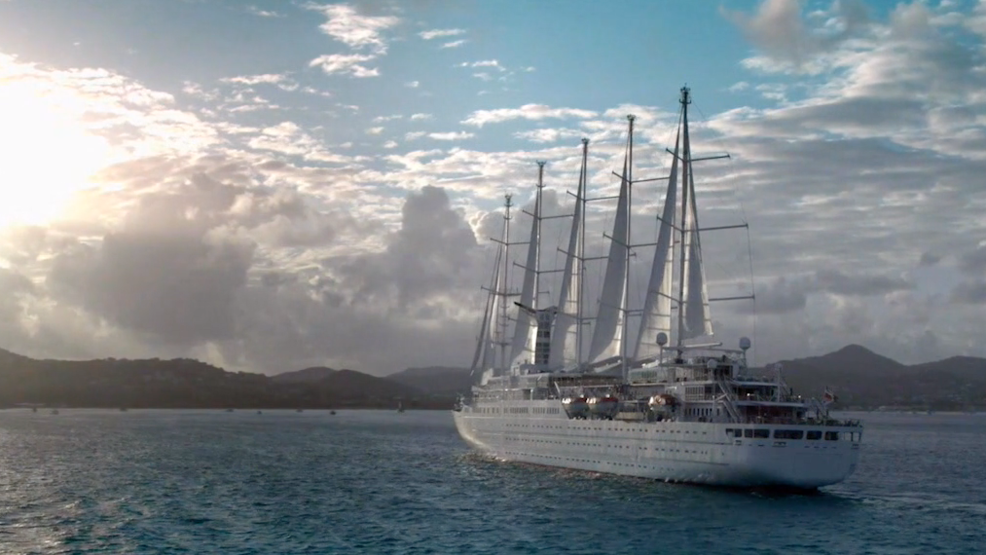 Windstar Cruises employs a crew dedicated to entertaining you and providing you with the best experience possible through exceptional service and signature events. <p></p>
SEE MORE

With so many places to visit and so many ways to experience the Caribbean, you may wonder why you should choose Windstar Cruises.

You won't be wondering for long. There are plenty of reasons why Windstar Cruises is known as the "world's best small ship cruise line." A voyage with Windstar means you're visiting the waters less traveled. You're experiencing these secrets of the world aboard a ship that isn't crammed with people. You're learning the intricacies of different cultures through the food you eat, the people you meet, and the views you see. In short, you're traveling "180 degrees from ordinary."

Giving back to the Caribbean

Windstar Cruises is grateful to the places that allow its ships to dock in their ports around the world. The cruise line also loves showcasing small ports to its guests so they can gain a new perspective on these regions, especially if they have visited before. Windstar has the advantage here because bigger ships from other cruise lines simply can't fit in these smaller ports. Windstar also tries to donate money to these places whenever possible to give thanks for allowing its ships to dock there.

All six of Windstar's ships carry under 350 guests, which means a lot more privacy and tranquility for you as you enjoy the amenities on board and the excursions on shore.

Windstar's fleet includes three Star-Class ships that offer only suite rooms with 277 square feet of space as a standard. The rooms can be as spacious as 575 square feet though. Spectacular ocean views await you from the bed or the balcony, and with a personal bathrobe, Egyptian cotton linens, and fresh fruit and flowers, you'll feel completely at home during your voyage. And Windstar is making these Star-Class ships even better with the $250 million Star Plus Initiative, which adds more public spaces to the ships as well as two new restaurants, an elevated pool, and a new spa and fitness center.

In contrast to some of the bigger cruise lines that pack huge water slides on their top deck, Windstar allows its guests to actually get in the water with a wide selection of equipment that's free to use. When the ship is anchored, guests can have fun in the open seas with kayaks, paddleboards, water trampolines, or water skis that are available at the back of the ships.

Windstar Cruises' crew members relish the opportunity to teach guests about the nautical trade and the waters where they travel. You're welcome to visit the Bridge on board the ships without a guide or reservations, and you can even drop in for coffee with the captain. This will give you a unique view from where the ship's captain controls the ship, and it's also a nice place to stargaze late at night.

There is almost one staff member per guest on each ship, so you can rest assured you'll be pampered for the entirety of your vacation. Even better, the staff revels in making you as happy as possible. Windstar was voted among the best for service in the 2018 Cruise Critic Cruisers' Choice Awards. Because the Windstar ships are smaller, it's easier for you to form bonds with the staff members as well, and you'll definitely find yourself rooting for your favorites in the crew talent show. Those same crew members will also play volleyball with you at the Signature Beach Party at the port at Virgin Gorda.

When you choose Windstar Cruises, you can count on grand excursions with smaller parties, signature experiences you won't find anywhere else, and a closer-knit group of people who are seeking the same meaningful experience you are.