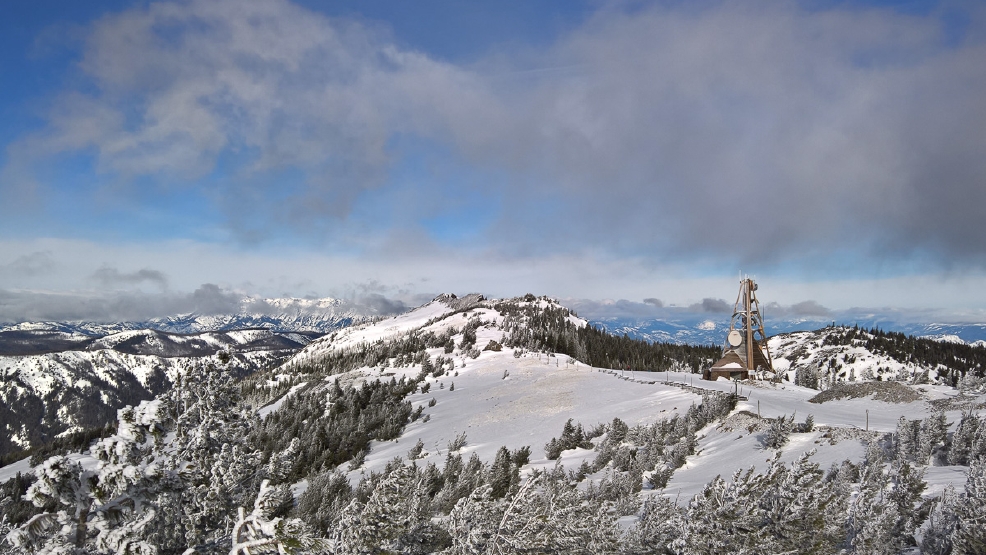 Did you know there's a ski area within easy reach of Seattle, with twice the terrain of Stevens Pass and far fewer visitors, which makes for shorter lines, ample parking and more opportunity to make the most of this season's glorious pow?

Mission Ridge is situated about 12 miles from Wenatchee, and the only drawback is that your trip east through the Cascades will take around two and a half hours from Seattle, which isn't onerous, but doesn't leave much time for skiing if you're only going for the day.

Instead, why not make a weekend of it? As well as offering some of the best skiing in the state at Mission Ridge, nearby Wenatchee - the Apple Capital of the World - has lots of inexpensive accommodation, some truly great restaurants and breweries, the amazing Pybus Market, and plenty to occupy skiers and non-skiers alike. We headed up there recently for a family ski weekend, and none of us wanted to leave.

Mission Ridge is about 20 minutes from downtown Wenatchee and there is also a regular shuttle bus, making it easy to be there for first tracks. The 2,000 acres of skiable terrain feature something for everyone, with 36 runs catering to all abilities, four lifts and an extensive terrain park. Due to Mission Ridge's situation in a sunny bowl, the powder can be some of the driest and lightest in the state, and the views down to Wenatchee from the top elevation of the basin are breathtaking.

Other Things To Do

I don't ski, so while the rest of the family were up on the slopes, I found plenty to keep myself busy down in Wenatchee. Just strolling through the historic downtown is fascinating, with some interesting turn-of-the-century buildings and some cool mid-century architecture out on Wenatchee Avenue.

On the Friday we were there, Wenatchee was hosting its annual Rails and Ales event - a family-friendly evening of skiing and snowboarding tricks on a downtown course specially constructed from snow trucked in from the mountain, accompanied by a DJ and beer served outside Wenatchee's largest craft brewery Badger Mountain Brewing.

The 10 mile Apple Capital Loop Trail circles the Columbia River at Wenatchee and makes for excellent cycling or hiking through some beautiful waterfront parks. Art on the Avenues comprises approximately 90 sculptures on the Loop Trail and throughout Wenatchee itself and makes for a cool and educational scavenger hunt for kids. If you're feeling flexible, I thoroughly enjoyed class at Ila Yoga, which is very welcoming to drop-in visitors.

Pubs and breweries are big news in Wenatchee - hops are one of the area's major crops - and there's good pizza (try the apple pizza) and beer at Saddle Rock Brewery. The steaks and beer bread at the historic at McGlinns Public House are as magnificent as the historic interior.

If you're looking for more of a snack, the sandwiches in the colorful Lemolo Café and Deli were top notch while the kid was excited to sample an old fashioned root beer float and play with the working jukebox at Owl Soda Fountain, a carefully-preserved piece of Wenatchee's history. Wenatchee Natural Foods offers excellent smoothies and even bulletproof coffee, while the normal coffees (and the street signage) at Caffe Mela are first rate.

Wenatchee's downtown core is home to some intriguing indie shops. Rekindled and Out on a Whim both carry vintage treasures for the home, while there was topnotch antiquing to be had at the Antique Mall of Wenatchee. The Kitchen Sync is worth visiting for kitchen supplies, Pickle Papers is a fabulous stationery shop with the world's most cheerful owner, and Merriment is your stop for chic party supplies. Get gifts at The Gilded Lily, while Gather is the place to for women's clothing, gifts and homewares with a romantic twist.

There are plenty of chain hotels and motels close to downtown Wenatchee offering good value accommodation. We stayed at the Holiday Inn Express, which is great for families, with spacious rooms and an indoor swimming pool. If you want something a little more unique and special, head a little way out of town to the Warm Springs Inn & Winery. Julie and Ludger Szmania, formerly of Szmania's restaurant in Magnolia, are running this beautiful mansion as a six-room B&B and wedding venue, in conjunction with managing their winery in Cashmere. The rooms are gracious, the views are spectacular, the stunning grounds stretch down to the Wenatchee River and a gourmet breakfast is provided by Chef Ludger, while his wife Julie is charm and hospitality personified.

Head off home through the apple orchards and stop off in Cashmere, with its fascinating historic downtown. Spend the afternoon antiquing at Apple Annie's almost overwhelming antiques gallery and grab a delicious pastry for the journey home at Anjou Bakery.