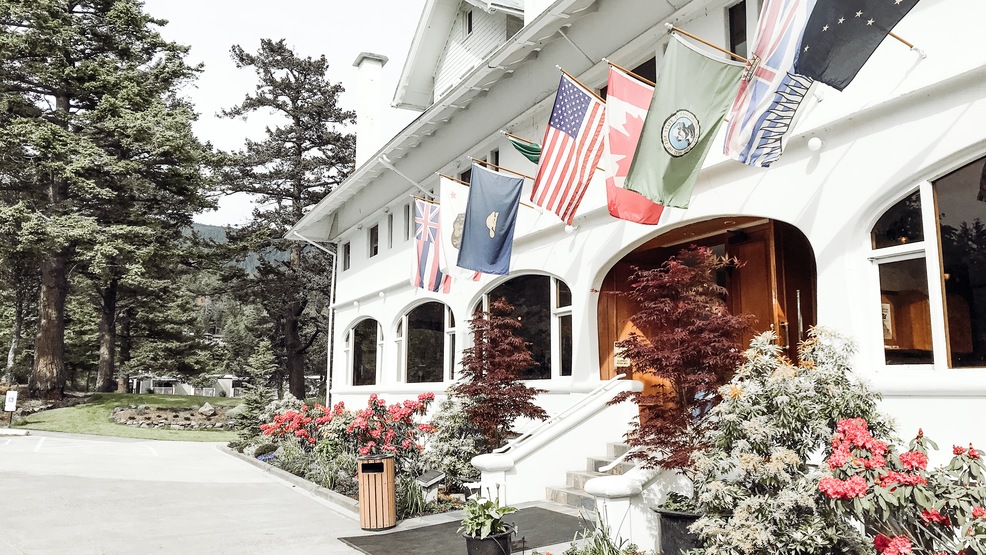 The Magic (and History) of Rosario Resort & Spa on Orcas Island

As a lifelong Washingtonian I’ve visited many a nook and cranny of this gorgeous state, but last month marked just my second trip to the beautiful Orcas Island. Orcas is the largest of the four major San Juan Islands, followed by San Juan, Lopez, and Shaw, and if you’ve yet to ferry your way to the San Juans - make plans to!

Full of outdoor excursions and little communities to explore, Orcas Island boasts a quiet and slow-paced atmosphere. On the islands, you can breathe deep. It’s not your Hawaii kind of island life, but maybe it’s better?

Relaxation goes to the next level with a stop at Rosario Resort & Spa. On this last trip I had a lovely facial in a room overlooking the water and enjoyed a delicious meal at the Resort’s Lounge. Don’t miss out on the truffle fries, my oh my, fry heaven!

Stately and majestic, Rosario Resort & Spa perches along the edge of Cascade Bay just outside of Eastsound. Accessible by car ferry, boat, airplane, and seaplane, it takes a little planning to land yourself at Rosario, but it’s well worth the effort. Not only are the facilities amazing, the history is quite an adventure into the past.

If you love a good walk into the history books, here’s a peek at the generous and inspiring man behind Rosario.

Robert Moran, the man who eventually purchased 7,000 acres on Orcas Island, found himself on the Seattle waterfront in the late 19th century with a mere dime to his name. He found work and eventually became a ship engineer. In 1881 he married a Canadian woman, Euphemia Melissa Paul, better known as Millie. Together they had seven children, three of who passed before their first birthday, and they adopted a niece.

Moran started his own business, Moran Bros. Company with a number of his brothers who had joined him in Seattle. In the beginning Moran Bros. focused on ship repair, then they supplied ships bound for the Yukon Gold Rush. In 1902 they began work on the battleship U.S.S. Nebraska which made Moran Bros. Company the largest Seattle employer.

Before the U.S.S. Nebraska naval contract, Moran filled the role of Seattle Mayor at the age of 31. Although he was only mayor for two terms, his time in leadership fell during the Great Seattle Fire and he led many rebuilding efforts.

Business ownership and politics took a toll on his health and doctors encouraged Moran to retire saying he only had months to live. So, at age 49 he began dreaming of a new building project: a retirement estate named Rosario. The island air apparently did him well. Moran moved to Orcas Island and lived until 1943!

Rosario’s main building, the Moran Mansion, was built between 1906 and 1909 in the Arts and Crafts style. Designed with the same care sturdiness as the ships Moran Bros. Company built, it’s no wonder Moran found such success in his business. Rosario is a sight to see! Today Rosario Resort & Spa offers accommodations, dining, spa services, weekly concerts, and self-guided tours in the museum for those who are piqued by the history of Rosario and the Moran family.

The museum is filled with Moran’s personal effects and gems of knowledge about his business and family. Rosario is brimming with stories (and apparently a ghost from a later resident!). How could this building not feel alive? With 54 rooms throughout the five levels, a heated swimming pool, a music room featuring a pipe organ with 1,972 pipes, and an attic that could house 50 guests on cots - the life that was lived at Rosario was no doubt grand. Many out buildings followed Rosario’s construction including matching houses for two of Moran’s brothers just a short stride from the mansion.

In addition to his building efforts on Orcas Island, in 1911 Moran donated thousands of acres to Washington State to establish one of our first state parks. The gift wasn’t finalized until 1921 due to Washington not having a funded State Board of Park Commissioners yet, but eventually things worked out and Washington State took ownership. We recently hiked the Mountain Lake Loop and can’t wait to go back and explore more of the trails as well as Mount Constitution.

Current construction just doesn’t compare to the magic of Rosario. Orcas Island will forever feel like a special getaway due to the this magnificent estate. It’s a true blessing that Rosario is no longer a private residence and open to the public to explore, learn, and soak in the calm of the island life Moran fell in love with so many years ago.