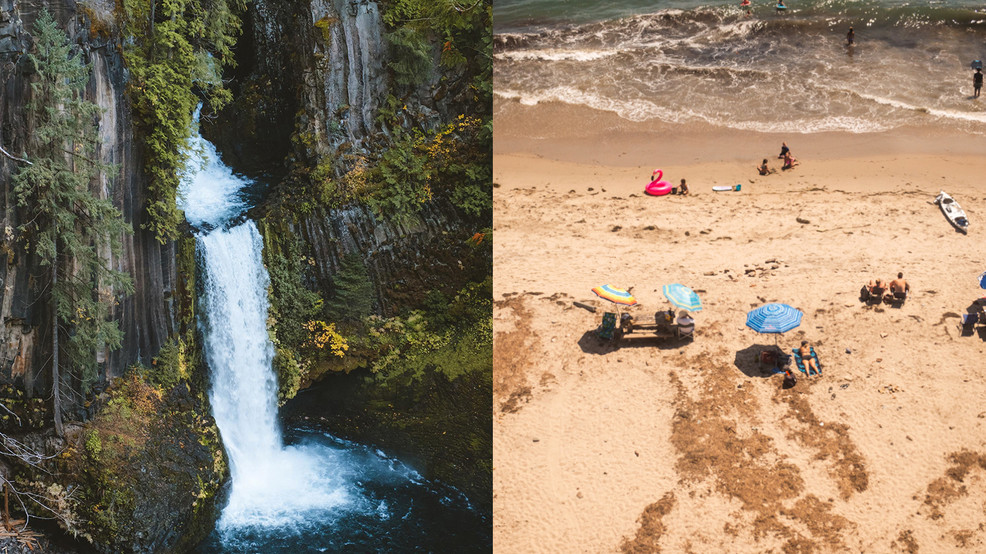 Seattle vs. Los Angeles: A look at their most potent, non-obvious differences

You've probably thought about it when on a weekend trip to Los Angeles (when leisure travel was still safe). As a Pacific Northwesterner, it's nearly impossible to be in a city with almost constant sun and not think - "Could I live here?" And in LA's case, also wondering "Why does no one here have gray hair except Lindsey Buckingham?"

Rest assured, your counterparts in Los Angeles have those same fantasies, except their questions are maybe a little more like..."Maybe their wildfires aren't as bad?"

Having experienced and lived in both places, these are questions I've actually spent a lot of time thinking about. While now might not be the best time to make a huge move (or depending on your situation - maybe it's the perfect time), I am here to provide you with a highly specific guide to the most potent non-obvious differences you will encounter in each city. Should you use these battlegrounds as your decision matrix? Of course you should.

Winner: Seattle, by a lot.

In Los Angeles, your phoned request or question is a mild curiosity, immediately forgotten as its recipient flits back to an urgent discussion about Coachella tickets, the perfect emoji, and why he doesn't have an agent yet. You will never hear back. It's like talking into the mirror on "Love is Blind," except there is no date on the other side. If you're stranded and ask to charge your phone, your thousand-dollar-device will be scorned like a boll weevil.

Washingtonian customer service is an absolute revelation to the SoCal-scarred. Phone in a request in the morning, and it's answered by 4 P.M., with a follow-up e-mail, a list of resources, and a proof of mailing for a batch of homemade snickerdoodles. Proactive phone calls arrive to ensure that everything was handled to your utmost satisfaction. It's so wholesome you could feed it to the orcas.

On Halloween night, I found hordes of Seattleites wandering around Pike wearing, uh, animal onesies. Animal onesies are for laundry day and onesie pub nights. Yeah, it's cold. Start working on your (warm) costume in advance, and show some respect to the holiday. I highly recommend, in a non-COVID year, attending the West Hollywood Costume Carnaval, where the most imaginative people in the country unleash their creations.

Do Seattle baristas all have professional D.J. training? The music is sublime, eclectic, and pleasant for productivity. It's sonic Vitamin D for the Kraken-infested 24/7 storm system outside. I went to Zoka and busted out a complete melody-fueled IRB research application. Five stars. Cafe Solstice: Article. Done. Victrola: Complicated application. Done.

Why am I not ranking the coffee? Because there is great coffee in both cities. What matters the most is the snarl in your lips as you face your Monday, mug in hand. And the music in the air.

No, don't stop reading — hear me out.

In Los Angeles, drivers know we're all in this together. None of us are going to get to our destination in any semblance of reasonable time. So, four million fatalistic people slow down and let you merge. They back down after a second of regret when you're the one quickest to the parking spot. Unless a Lamborghini is around, I never get cut off on the road. Honking is blessedly infrequent, which is really something, considering how many transplants grew up in honk-happy environments.

Seattle, however, finds drivers who spent all day being tremendously, achingly, polite and competent — at work; to the teacher failing their kid; at the grocery store — taking out their wrath in the most anonymous way possible.

"What is wrong with these people? Do they have a death wish?" asked my partner as rain poured and a cranky Prius station wagon whipped across our field of view, coming to an immediate halt after crossing two lanes as traffic wasn't actually moving.

I'll be pilloried for this, but Winner: Seattle.

In Seattle, a woman will get on a bus wearing a witch hat apropos of nothing. In LA, there's always a reason. Identical twins with Afros wearing matching retro pink jogging suits and running down the street? They are famous actors in TV commercials, keeping up their brand.

Sorry, Seattle, but you're being robbed.

I was once robbed of yoga pants in Seattle, that I had tossed over a bathroom stall door after a workout. While I was washing my hands, someone grabbed my sweaty yoga pants. Shame on you, Seattle.