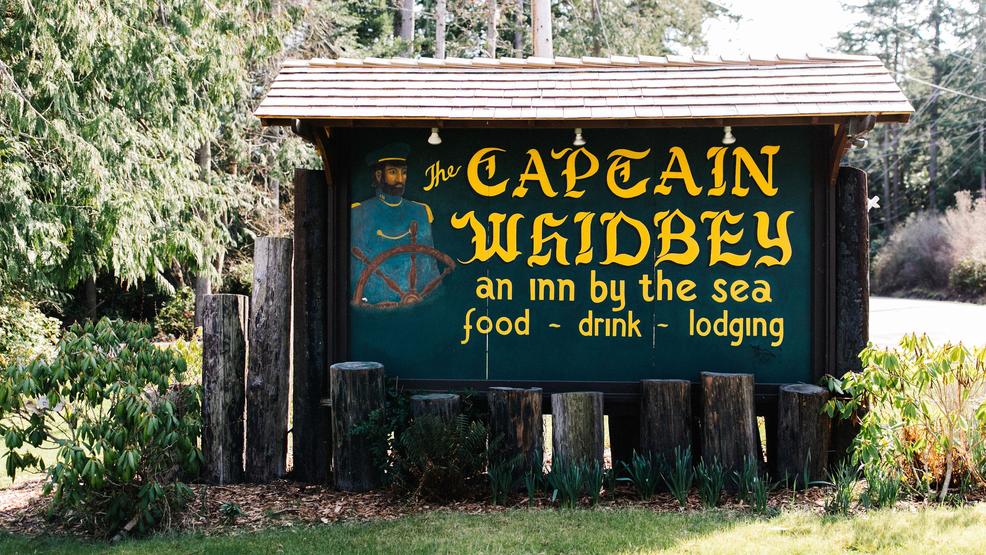 Even if you’ve never been there, you’ve probably pictured that iconic waterfront lodge in your mind.

It’s that one where you can explore a secluded cove in a row boat, or doze off on a hammock with that book you’ve been meaning to read lying open on your chest. These are the types of timeless experiences that the new owners of the Captain Whidbey Inn are modernizing through their renovation of the 112-year-old Coupeville resort.

The principals include Matt and Mike French, 30-something brothers who grew up in Portland, and Eric Cheong, an architect in his early 40s who used to work for the Ace Hotel group. Together, they are breathing new life into this old property by bringing modern touches to a setting replete with historic and natural charm.

The property, which opened in 1907 as the Whid-Isle Inn, sits on six acres of woodsy shoreline along Penn Cove, a few miles north of Coupeville’s historic downtown. One of the first things you notice as you approach the original lodge to check in is its pioneer-era construction. The siding consists of uneven madrona logs held together by thick layers of mortar. Inside, a massive stone hearth nearly envelopes the entire wall surrounding the lobby fireplace. The 12 rooms upstairs, with shared bathrooms, reflect the bunkhouse-style lodging of the time when it was built. They’re small but cute, awash in Douglas fir paneling and trim. And, with nightly rates starting at about $200, they’re also great bargain. A second 14-room lodge and four waterfront cabins, built in the 1970s, offer more space and more-modern amenities, including a bathroom in each unit. Nightly rates for this set of lodge rooms start at about $300, with the cabins starting at about $400.

Since the property sits within the Ebey’s Landing National Historic Reserve, there were limits on the types of changes the new owners could make. After completing their purchase last spring, they shut it down after Christmas to begin renovating, reopening in late April. The heaviest lifting included stabilizing the floor under the original lodge with concrete pilings and removing the walls separating the lobby, restaurant and bar inside. Now seamlessly connected, these spaces form the property’s social hub, spilling out onto a deck overlooking the water and a dock. The latter not only welcomes passing boaters, but also accommodates seaplanes. (The resort is listed among the destinations in Kenmore Air’s Unique Charter Adventures.)

Much of the rest of the refresh was cosmetic. In addition to repainting and redesigning, the partners have also brought in handcrafted furniture, organic Suite Sleep mattresses, Rudy’s bath products and other comforts you’d expect in a modern boutique hotel. The cabins each offer a king bed and woodburning fireplaces, but that’s where the similarities end. The new owners enlisted Seattle’s Filson and Glasswing, Whidbey Island’s Edit design studio, and We the Nomads, from Vancouver, B.C., to each design a cabin, giving their respective space its own contemporary Northwest look.

Back in the kitchen, French-born chef Eric Trunglas takes a DIY approach, bringing homemade breads, house-smoked meats, house-cured pickles, and herbs and produce from the organic on-site garden to the menu. He also has access to a steady supply of mussels, clams and oysters, thanks in large part to one of the inn’s more notable neighbors, one of Penn Cove Shellfish mussel farms, which is visible from the property. The beverage choices include organic wines, a rotating beer selection and craft cocktails.

Meanwhile, aside from property-wide Wi-Fi, the setting encourages you to unplug. There isn’t a TV on-site. Instead, rowboats, Adirondacks, hammocks, fire pits and a strollable shoreline, which offers views out to Mount Baker, encourage you to tune in to the scenery.

Despite their youth and their connections to Portland, the Frenches and Cheong are avoiding terms such as “millennials” and “hipsters” to describe their anticipated clientele. “The beauty of these historic places is that they appeal to all sorts of people,” Matt French told me. “We don’t want to be an overly cool or overly hip establishment. We don’t want to turn our back on any demographic. We want to be an inclusive place.”

French and his partners can speak from experience. In 2014, they acquired the 20-room Pioneertown Motel, next to a movie set for 1940s-era Westerns near California’s Joshua Tree National Park. Their subsequent refresh, which similarly brought modern comforts to a historic setting, turned a neglected space into a haven for Southern Californians seeking an easy-to-reach escape from the daily grind. The New York Times even credited them for contributing to “something of a renaissance” for the area. Pioneertown is about 120 miles east of downtown Los Angeles; Coupeville is only about 60 miles north of downtown Seattle. So the stage is set for history to repeat itself, in a historic Northwest setting.